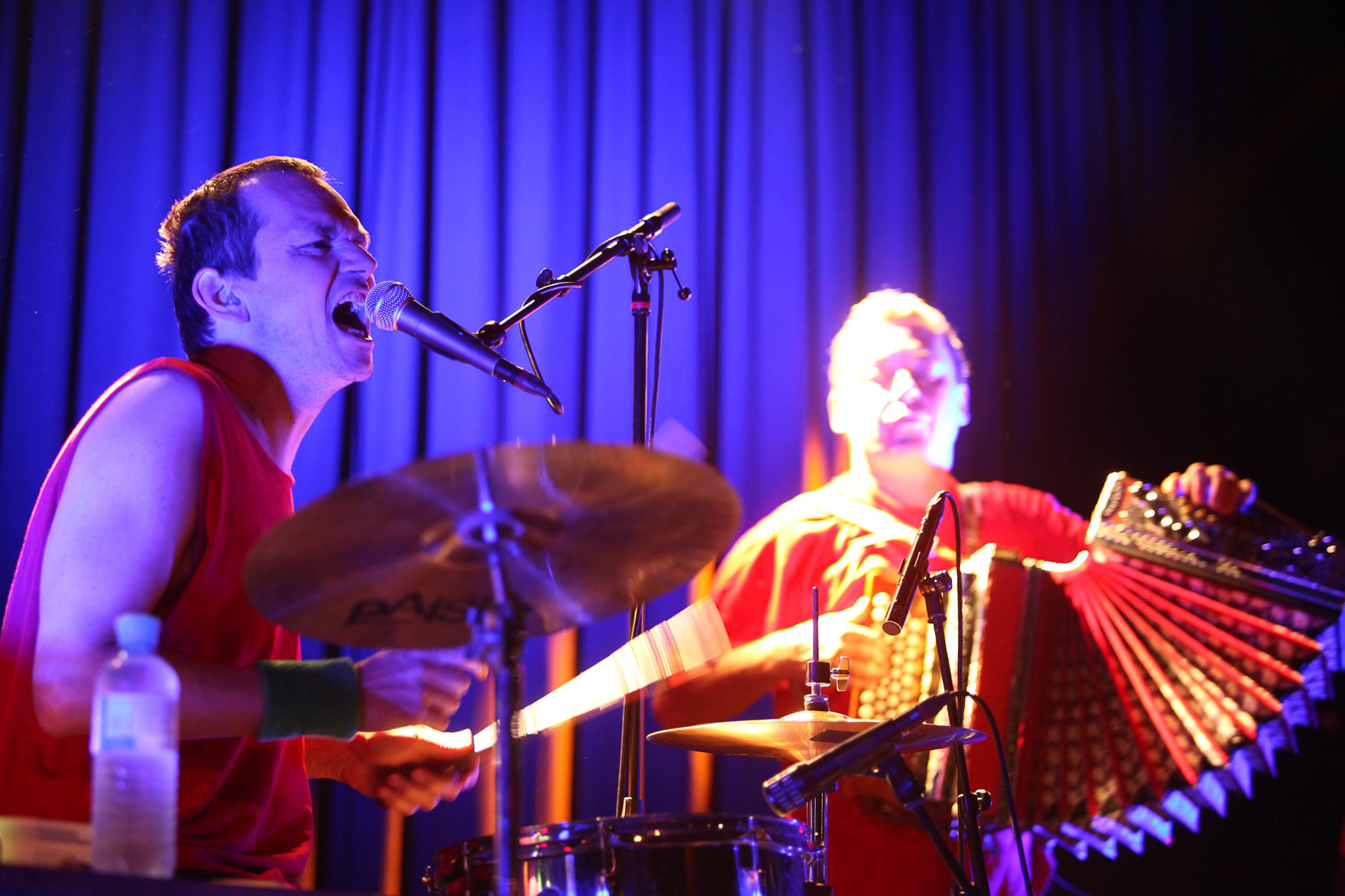 Stefan Franzen meets the mighty Attwenger. When they first hit the stage in the early 90s, they were considered by many critics to be a punk-like response to the commercialisation of Austrian volksmusik. On their releases Most (Cider), Pflug (Plough) and Luft (Air), drummer-vocalist Markus Binder and button accordeon player Hans-Peter Falkner, aka Attwenger, created a raw sound, driven by an uncompromisingly harsh drumkit beat. Textured only by accordeon phrases that were inspired by the dances of their Upper Austrian home region - laendler, polka and zwiefacher - the music was combined with Binder's spoken poetry in dialect. On Song (Saying), they explored minimalistic structures through epic pieces, deÞning their handmade perspective on dancefloor music. Their fifth CD, on Germany's longest established independent label, Munich-based Trikont, is called Sun. And being the Þrst release in Þve years, it seems to sum up all the elements of their previous albums, adding guest apperances from a Serbian brass band and Fred Frith.

"After Song, I didn't have a clue if our journey would continue and where it would lead," reflects Binder. "I originally planned to stick to this idea of long, monotonous compositions without many lyrics, but suddenly I felt the need to go back to inventing those little tales like I've done before. So if you listen to Sun you notice that these guys really can tell stories, but they are also experienced with the principle of repeating, of cycles, something that was enriched by our concert tours in Zimbabwe, Siberia, Pakistan and Vietnam.

" As early as 1993 they accompanied Zimbabwean star Oliver Mtukudzi on tour. Binder points out that on excursions like these, the most precious experience was being able to see how music of other continents comes into being, to get in contact with the social context and background behind the styles, which in Europe are only being noticed as a finished product. It is understandable, therefore, that the music of the Linz region (their home, some 150 kilometres west of Vienna), only served as a starting point for the formation of their global perspective on music, initially misunderstood by many. "It was never our intention to manifest ourselves as a cynical comment on the commercial volksmusik presented on TV shows, we've done it vice versa. We wondered if there was some dynamite in our traditional music, some rebellious stuff, we searched for poetry that was sharp-edged and at the same time pop-like. And then we singled these elements out and adapted them to our context. For example, we use accordeon not because it is a traditional instrument, but because it has a tremendous, gutsy sound. Flaco Jimenez also plays accordeon and has nothing to do with the Alps. In recent years I think critics have understood that our relationship to Austrian volksmusik, as well as Alpine rock, is not as relevant as they supposed and comparisons stopped. I feel much more closer to the musics of Southern Africa than to folk-rocker Hubert von Goisern."

Attwenger's lyrics also transcend the boundaries of the Austrian Gstanzln (traditional four-line verses performed at village gatherings). This may have been at the root of their poetry, but now they're mixing it playfully with allusions to Anglo-American rapping or dadaistic reciting. The sound of words is as signiÞcant as their meaning and Binder is a master of establishing a non-semantic level in his dialect verses. Take for example the song Muamen (featured on this issue's covermount), which plays with the noise of throat singing around the line "Muamen wia die mauna" (Murmuring like the men).

Not only was the Viennese dada poet Ernst Jandl a big fan of the duo, John Peel also once remarked, "I have no idea what it's all about, but I like the general noise!" The avant garde guitarist, Fred Frith, whom Binder has known since the 80s when he guested in a Linz underground club with the Skeleton Crew, has got all Attwenger's CDs in his collection. He guests on the track Mei Bua (My Boy). Binder explains, "I think what foreigners like Peel and Frith (who don't understand our lyrics), appreciate about Attwenger is our ability to create so much out of very limited means. The art of reduction through which we extract traditional elements. And that ability of dealing with your tradition can be distinguished independently of geographical or lingual limitations. Translating our poetry for the international market would destroy the cohesion between text and music." But he admits that sometimes English snippets spontaneously Þnd their way into stage performances. "Recently we played Hit Me Baby One More Time by Britney Spears as a tango with Fred Frith. Wonderful lyrics!"

Apart from the importance of noise, Sun is a very visual album, many of the pieces establish a strong imagery or refer to a proverb. The title track, for example, is an almost psychedelic fantasy about the red colour you see by closing your eyes after having looked into the sunlight. The way that Markus Binder recites his verses strongly recalls the nasal tone of Lou Reed. Indeed, the Austrian poet has discovered parallels with the American and is fascinated how Reed wrote songs, "creating a context between song, painting and film". Huad (Hat) features the Boban Markovic Orkestar from Serbia. They became acquainted with each other during a cultural festival in Linz, which was commissioned by the mayor to help Þght reservations about closer relations with Eastern European states. "The imagery of a burning hat came to my mind when I remembered the Kusturica film Underground that featured Markovic's band. The musicians always seem to run around in that movie and the hasty sound of the piece now seems to fi perfectly with their rapid virtuosity."

Cross-cultural meetings like these are threatened by an Austrian government that, since the national election in October 1999, is tolerating the extreme right-wing party, the FPÖ, and its populist leader Joerg Haider, who acquired a frightening per centage of the vote. "We are suffering a very subtle censorship," says Binder, author of the acid anti-nationalism hymn Kaklakariada (No Narrow-minded Person), also included on the new CD. "They are cutting the subsidies given to small cultural associations until they're forced to close. There is still a lack of political interest in some parts of the Austrian arts scene. The process of normalisation of the right-winged government and populist thoughts are accepted by a lot of inþuential newspapers. There are still some responsible editors who speak out against the FPÖ, thank God, but we have to take care of not steering towards Italian conditions." 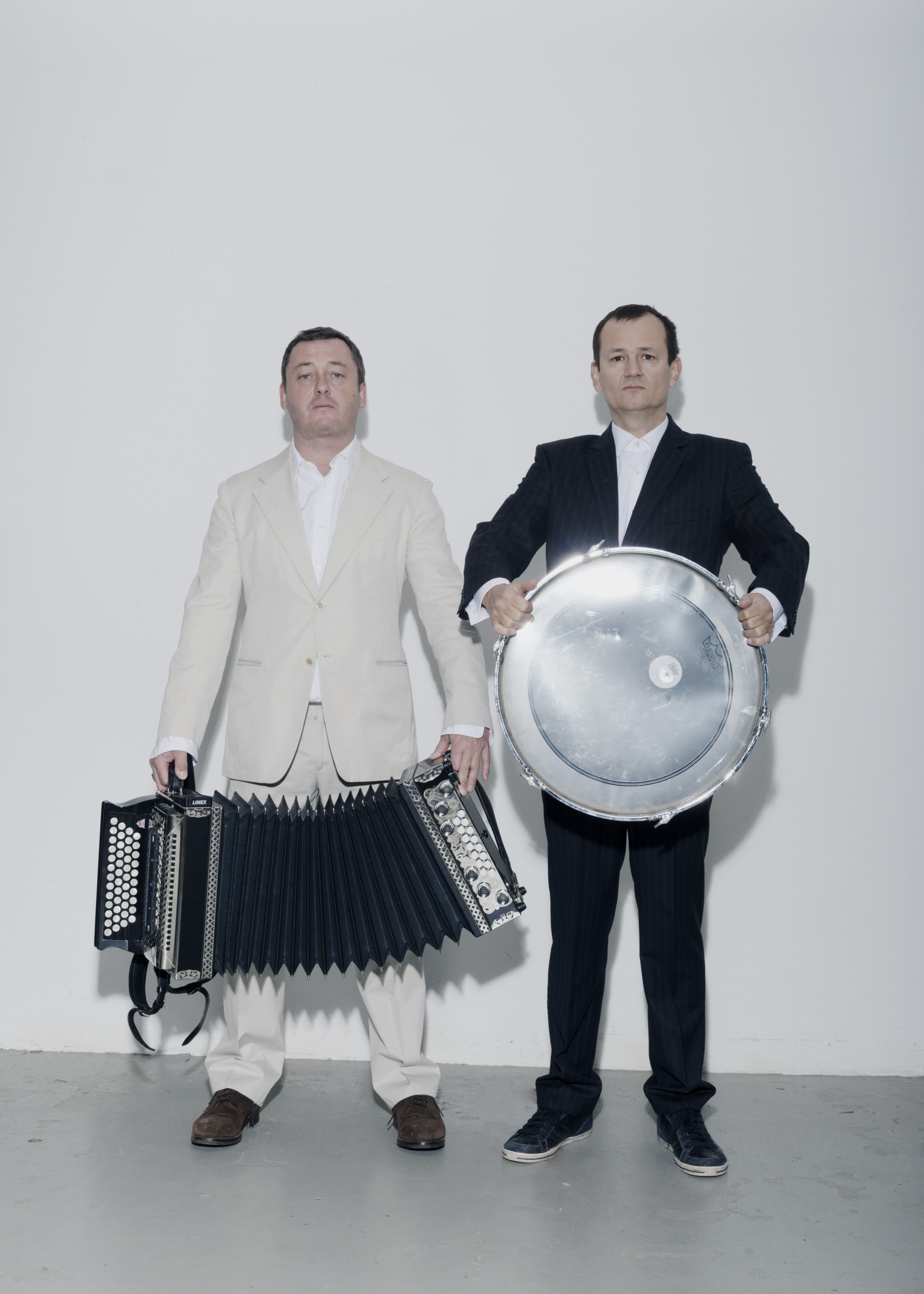 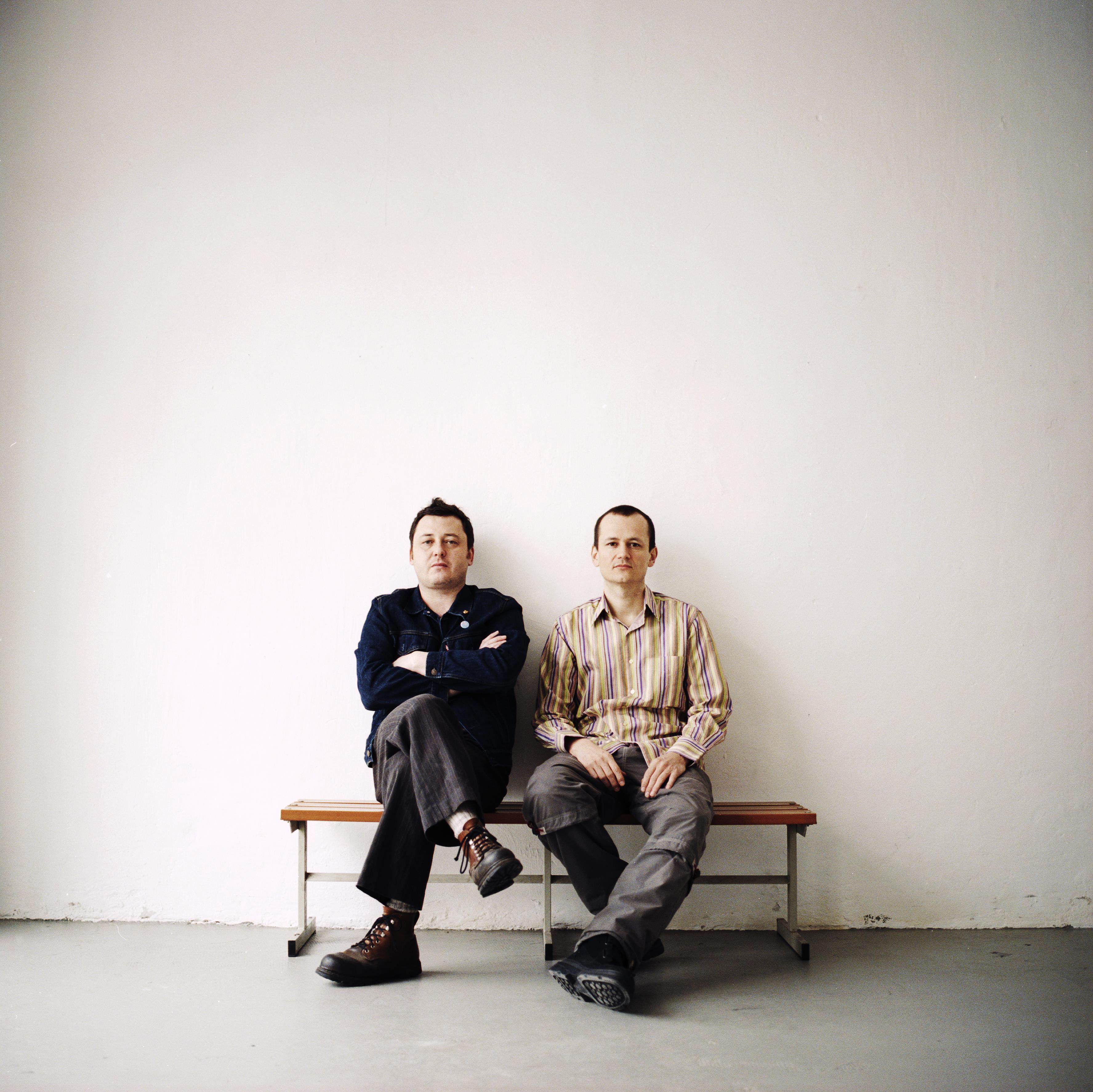 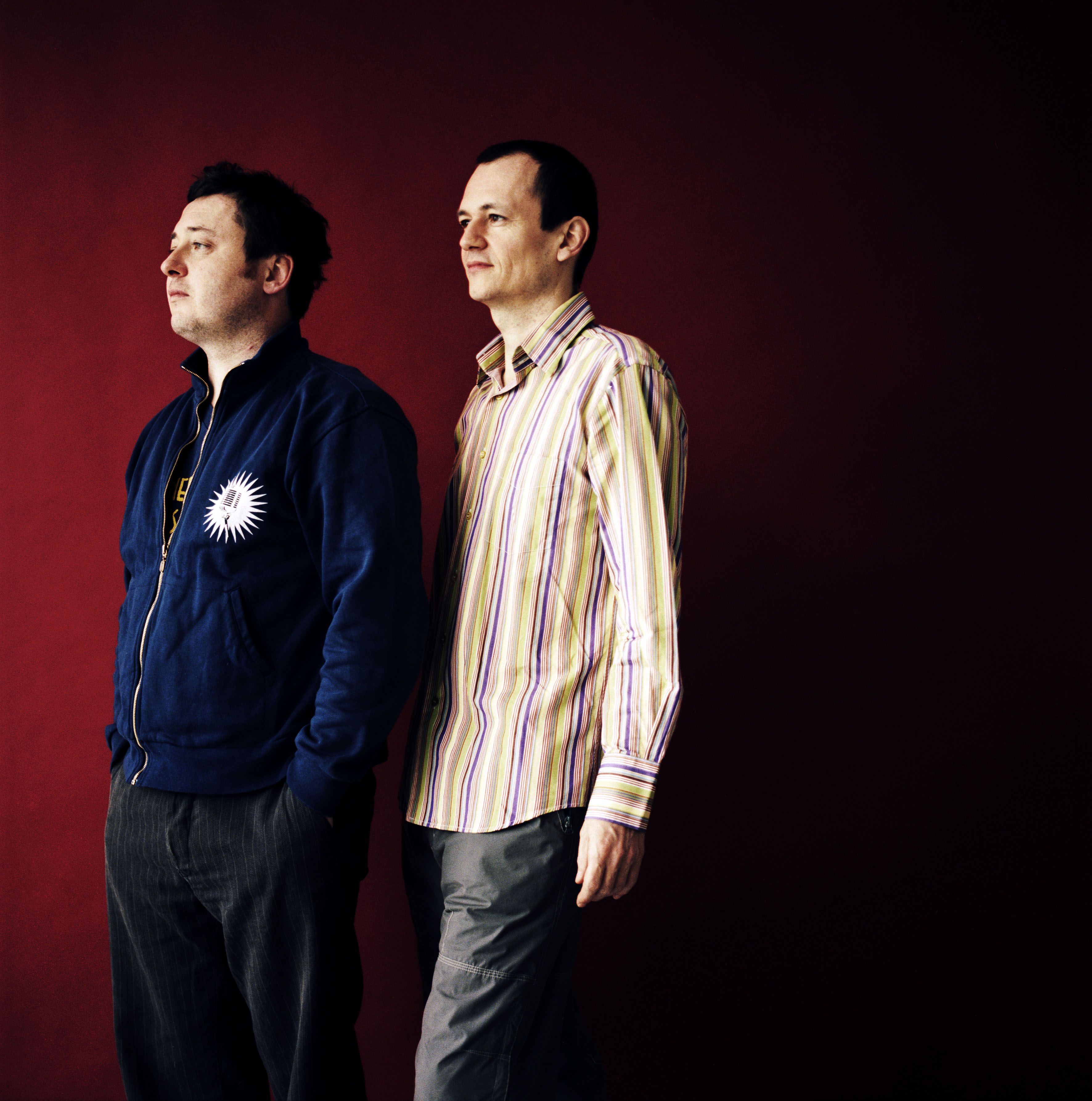 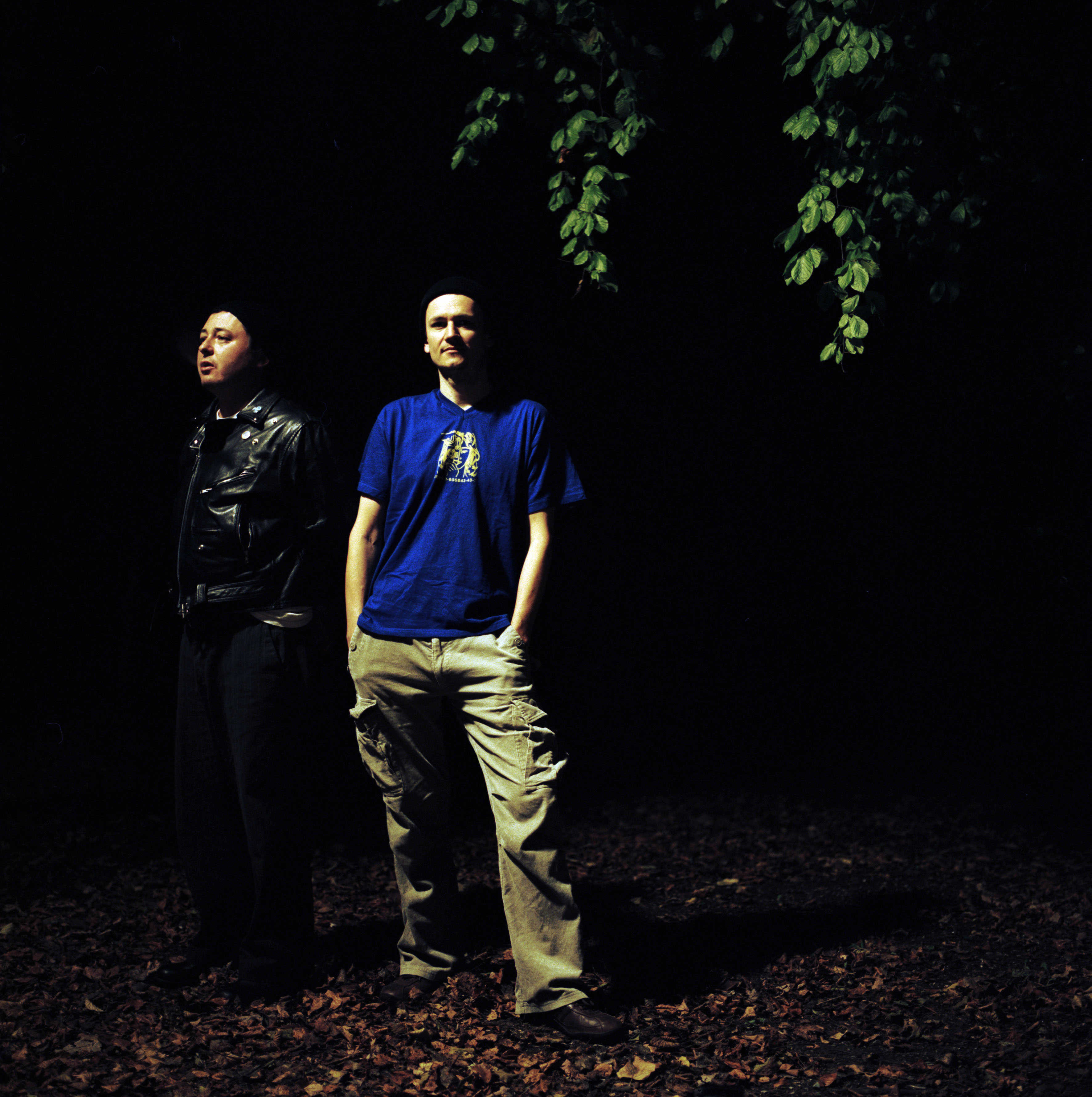