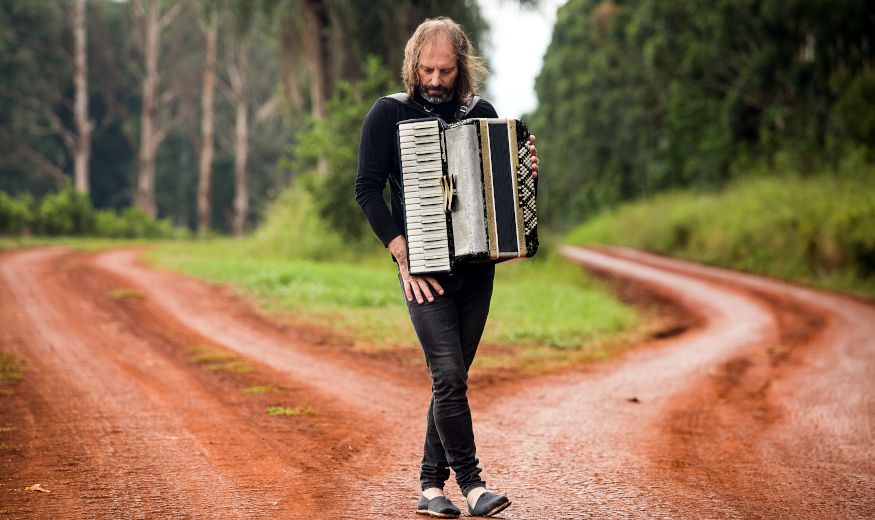 The Master of Chamamé

‍Horacio “Chango” Spasiuk was born in September 1968 in Apostoles, a small village in Misiones, a rural north-eastern province of Argentina. Set in the frontier region bordering southern Brazil and Paraguay, this exceptional melting-pot area offers a sub-tropical climate with its fertile dark red ground where mate grows. Until the 17th century, this region was inhabited by indigenous Guarani communities. Misiones was discovered in 1541 by Spanish people and Jesuit monks’ landing in 1609 disrupted the indigenous cultural environment. They were thrown out of the country following the king’s order. This event ended the provincial golden age: after lootings, the Portuguese and Brazilian invasions and the armed conflict with Paraguay. Although the area finally gained a form of autonomy in 1881, it was barely inhabited as a consequence of a century of nearly continuous conflicts. Argentina opened its borders and Misiones welcomed European settlers mainly Germans, Russians, Ukrainians, Poles, Scandinavians and Central Europeans who built up villages, mixing with the remaining natives. Those settlers brought with them accordions and polka.

Chamamé was born from the reunion of the indigenous world and the old continent. It is a traditional and rural music played by bands of 2 to 5 musicians integrating the accordion or the bandoneon, the violin, the guitar, the cajon and sometimes the double bass. This cadenced and bouncing music involves soft and poetical hints and is suited to dance. You can sing or recite chamamé, it expresses landsman’s feelings: landscapes beauty, love, nostalgia, life’s roughness…

Although music belonging to Argentina’s folklore is often disparaged, it gathers a wide range of wealthy forms. A few great artists were and still are fervent defenders of this diversity revealing it in their country and worldwide. Chango Spasiuk is one of them, the unquestionable chamamé’s master, known by all in South America.

Grandson of Ukrainians migrants, he was soon surrounded by eastern Europeans musical influences combined with chamamé. Indeed his father, a violinist, and his brother, a guitarist and singer, used to host wedding receptions and other balls in their hometown. He received his first accordion as a gift from his parents at the age of 12. “I’ve learned to play accordion away from conservatoires”, he says. “The day my father gave me my first instrument, I’ve never stopped playing it”. Soon recognized as a virtuoso, Chango Spasiuk could have settled for week-end dances animation and he would have made a pretty decent living out of it. He rather chose, without denying the tradition, to push back the limits of the artistic style. He is now a regular guest for Argentinean rock stars and he is a worldwide performer who overcame Argentina’s cliché of only being a land for tango.

Chango Spasiuk has not only already played in several European countries (United Kingdom, Germany, Poland, Austria, Belgium, France…) he has also performed in Asia and in the United States. From venues in theatres to concerts in traditional, world or even jazz music festivals, he contributed to noteworthy events in jazz festivals from Montréal to New York. Chango Spasiuk has collaborated with a wide range of artists such as Kronos Quartet, Cyro Batista, Kepa Junkera, Carlos Nunez, Lila Downs, Bob Telson, Bobby Mc Ferrin, Raul Barboza, Mercedes Sosa… In each venue he takes part in, the audience, music professionals and journalists are captivated. They meet the artist and the man, a musician enjoying a complete artistic freedom in his creations who delivers compositions going beyond his own boundaries, therefore urging on a total universality. In the last two decades he recorded about ten albums on his behalf. The upcoming LP was recorded live in October 2013 at “Teatro Colon” in Buenos Aires (the famous opera house in Argentina’s capital), getting a full house of 3500 audience members. Now more than ever, Chango Spasiuk wishes to develop his international career in order to disclose more and share this music he embodies with modernity, innovation and high standards. 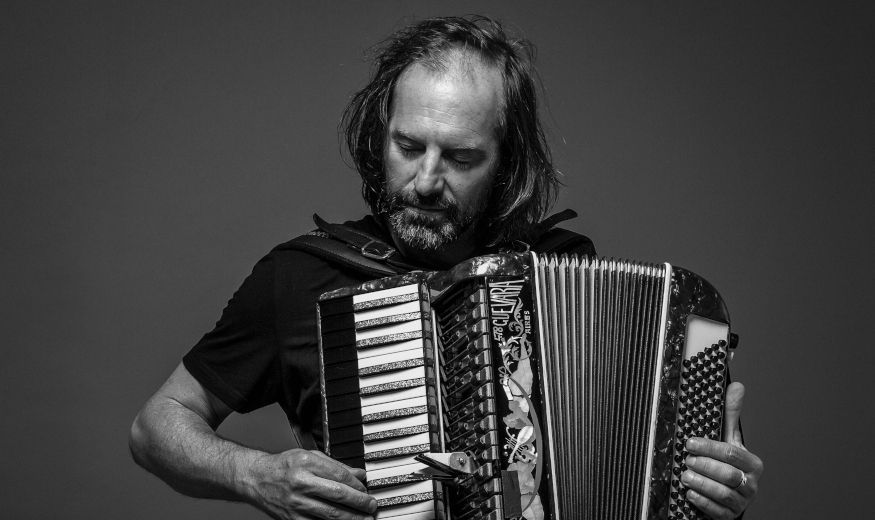 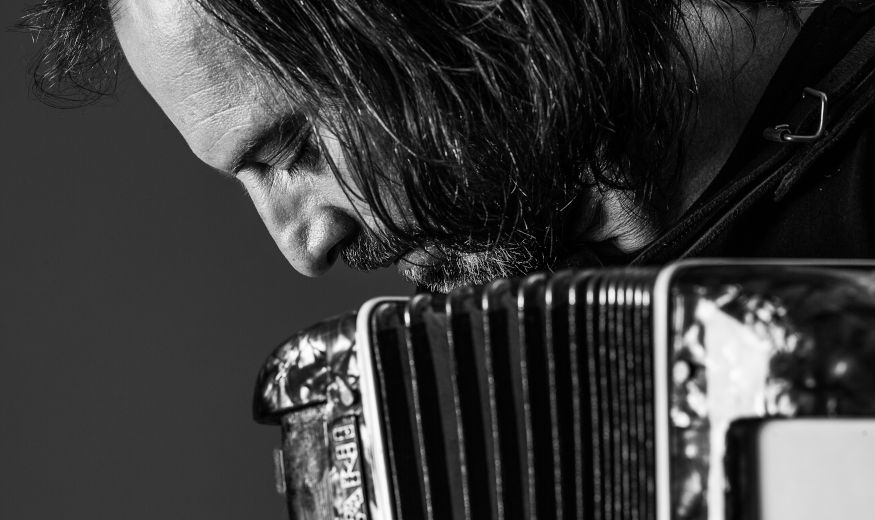 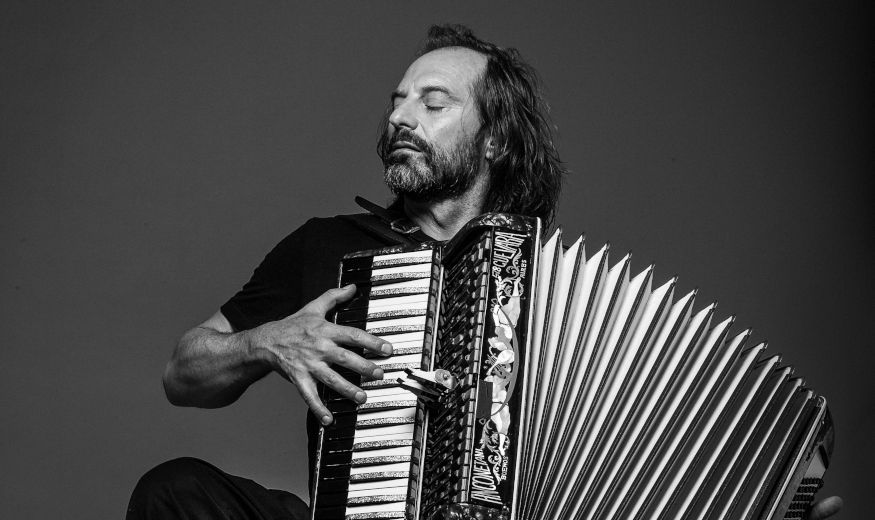 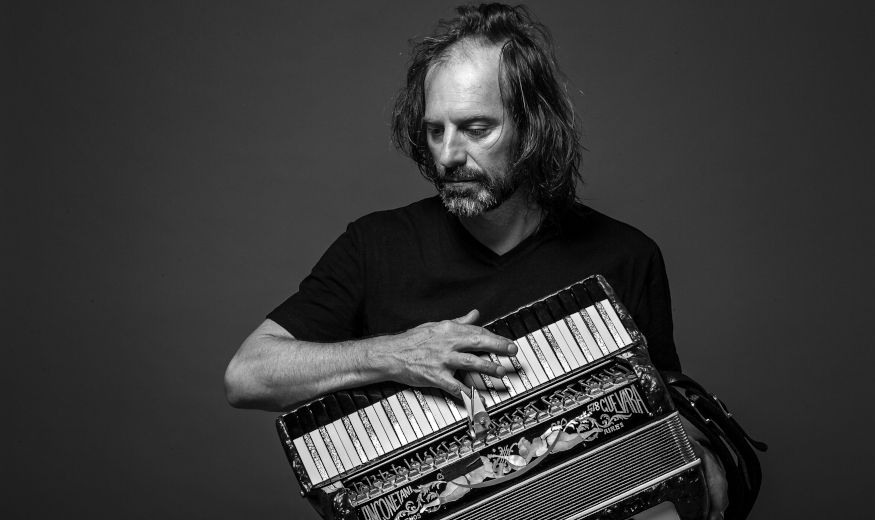