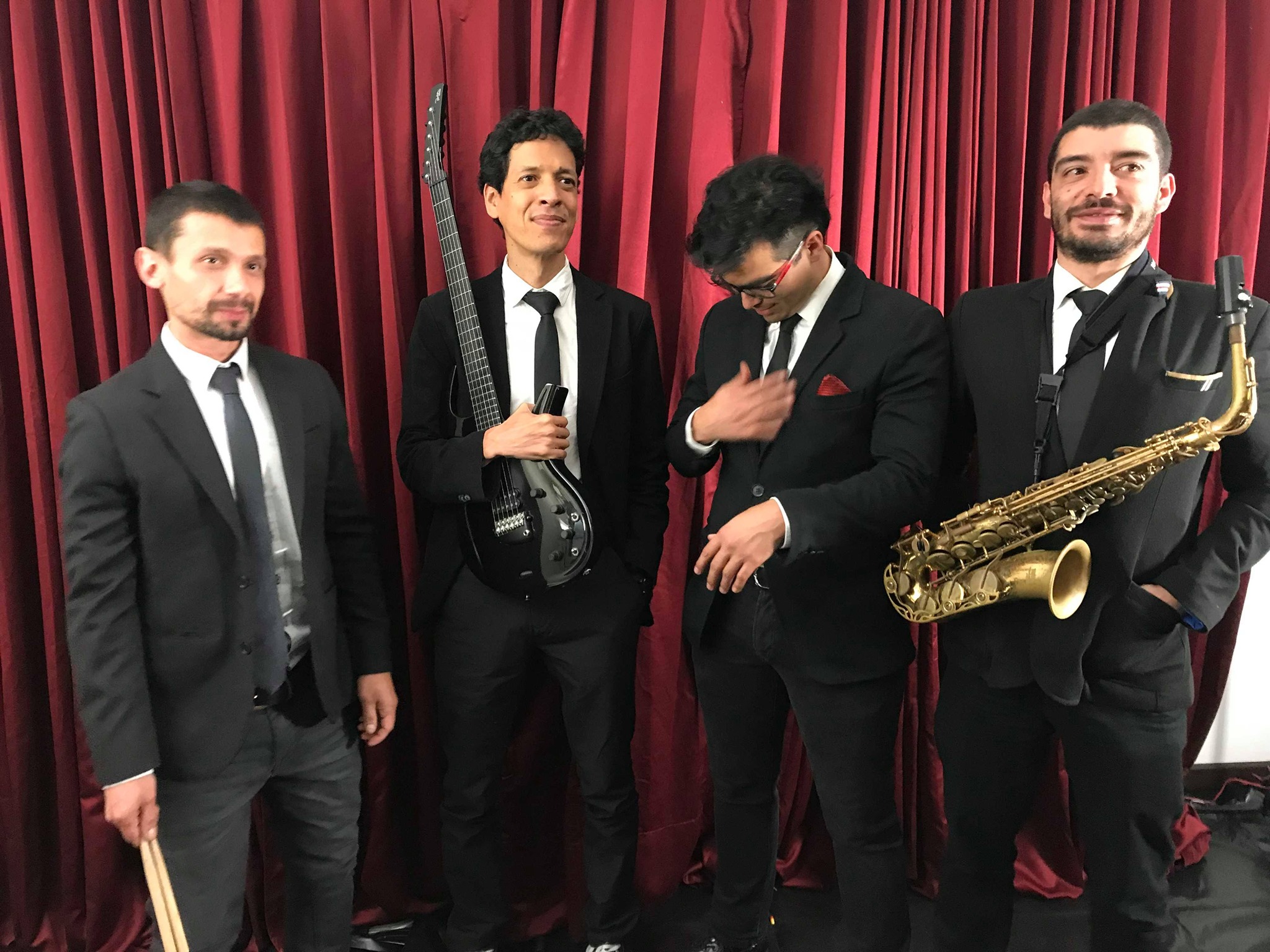 They came out of nowhere. Suddenly in September 2013, a never before heard musical format refreshed Bogota’s music scene. It was fatsO, playing one of the most important jazz festivals in Colombia, Jazz Al Parque. They possessed everything the jazz scene was missing, edge, tone, strength and time packaged in a Blues, soul, jazz and Rock band with class A improvisers a contemporary raspy voice and a unique live performance that put them on the map.

fatsO was formed as a trio in 2008, they played a few shows, produced and recorded some original tracks, but they rapidly noticed what they were missing to become a professional show. The next few years were spent perfecting their craft, their showmanship and their recordings, by 2013 they reappeared as a septet ready to shock the world.

Soon enough after their new day view, fatsO’s music was being played on national radio and their show was being booked at the most important, rock, jazz and pop festivals and venues in Colombia including Rock Al Parque, Circulart, Festival Centro, Julio Mario Santo Domingo Theater, Estereo Picnic, Feria de Las Flores, Mompox Jazz Fest, etc. They were also chosen to be the opening act of Joe Satriani’s concert in Bogotá as part of his world tour.

Three number one hits on national radio, important local músic prize nominations (Premios Shock) and a very successful first album made fatsO ready to amaze other countries. And so they did, achieving the number one slot of the eight available spots to showcase at Jazz Ahead in Germany, the worlds most important yearly jazz fair. Now fatsO’s raw sound is where its always been meant to be, playing the most important jazz venues and festivals in Europe and still achieving the same reaction of the crowed, musicians and music professionals that they did that first show in Bogotá.

fatsO continues to amaze and refresh every music scene they play. Their music, videos and performances have made them attractive to festivals, record labels, booking agencies and the general public. Now fatsO, conformed by Daniel Restrepo on upright bass and voice, Cesar Morales on drums, Santiago Jimenez on guitar and Daniel Linero on alto sax and clarinet are ready to reach new jazz circuits and territories where jazz enthusiasts have been demanding to see fatsO live.