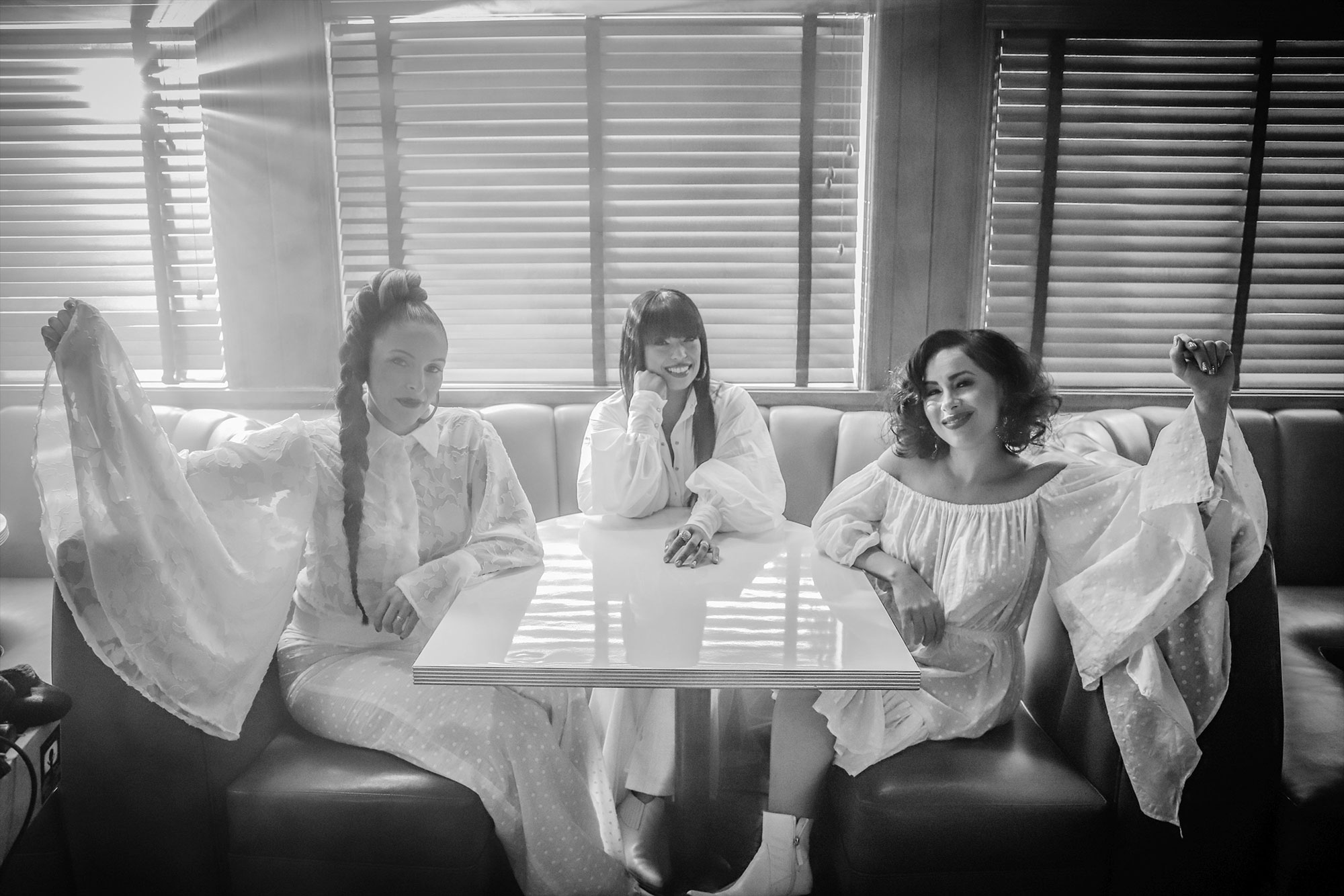 Like the legendary Love Potion the Toloache flower is used for in Mexico, the ladies of Flor de Toloache cast a spell over their audiences with soaring vocals and physical elegance. The group is led by co-band directors Mireya I. Ramos on violin and Shae Fiol on vihuela.

Together, they have graced international stages from Chenai, India to Paris, France and have extensively toured the U.S. as supporting act for Dan Auerbach of “The Black Keys”’ new project “The Arcs", as well as Cafe Tacvba, La Santa Cecilia, and Natalia Lafourcade. Upcoming shows include the ACL Festival in Austin TX, Alaska tour with Ozomatli and dates with Ana Tijoux.

****** Full Bio ******
Latin Grammy winner Flor de Toloache make New York City history as its’ First and Only All-Women Mariachi Group. Founded in 2008, Flor de Toloache is lead by singers Mireya I. Ramos & Shae Fiol. Reminiscent of the early days of mariachi the group started as a trio, Harp, Violin and Vihuela. Today, Flor De Toloache performs mostly as a four-piece Mariachi ensemble. The members hail from diverse cultural backgrounds such as Mexico, Puerto Rico, Dominican Republic, Cuba, Colombia, Germany, Italy and the United States. This defines their unique flavor and sound. The result of this cultural bouquet is an edgy, versatile and fresh take on traditional Mexican music.

They coalesce as would a band of sisters, with a grace and vibrant beauty that casts a spell over their audiences not unlike the legendary Toloache flower still being used in Mexico as a love potion. While working to preserve centuries old traditions of Mariachi, their melange of the traditional and the modern pushes the boundaries of the genre and brings Mariachi music to new audiences.

Over the course of the last few years, Flor de Toloache’s performances have illuminated world renowned stages in Europe and Asia. In 2015 & 2016, the group embarked on an extensive European and U.S tour as the opening act of Black Keys’ singer Dan Auerbach’s new band, The Arcs. After performances to sold out audiences in the UK, Germany, Holland, Italy, France, they continued to captivate crowds in the U.S. at legendary venues such as First Avenue in Minneapolis, The Vic in Chicago, Terminal 5 in New York, DC 930 Club and Nashville’s Ryman Theater (The Grand Ole Opry) and Coachella.

In 2017 Flor de Toloache also completed a beautiful US tour with Mexican Icons Cafe Tacvba as well as a celebratory Day of the Dead tour with Grammy winning act La Santa Cecilia and Mexrrissey and a fund raiser with Natalia Lafourcade, Mon Laferte, Carlos Rivera and Gaby Moreno at the House of Blues in Anaheim, CA. Upcoming shows include ACL Festival in Austin TX, a stint in Alaska with Ozomatli and upcoming dates with Ana Tijoux.Flor De Toloache’s critically acclaimed self-titled debut album received a Latin Grammy nomination for “Best Ranchero/Mariachi Album” in 2015.

Sharing the podium with legends Pedro Fernández and Aida Cuevas was an embrace from the Latin Music Community. In 2017 their latest album “Las Caras Lindas”released won the Latin Grammy for Best Ranchero album which features collaborations with Pedrito Martinez, Velcro and was produced by Felipe Fournier. 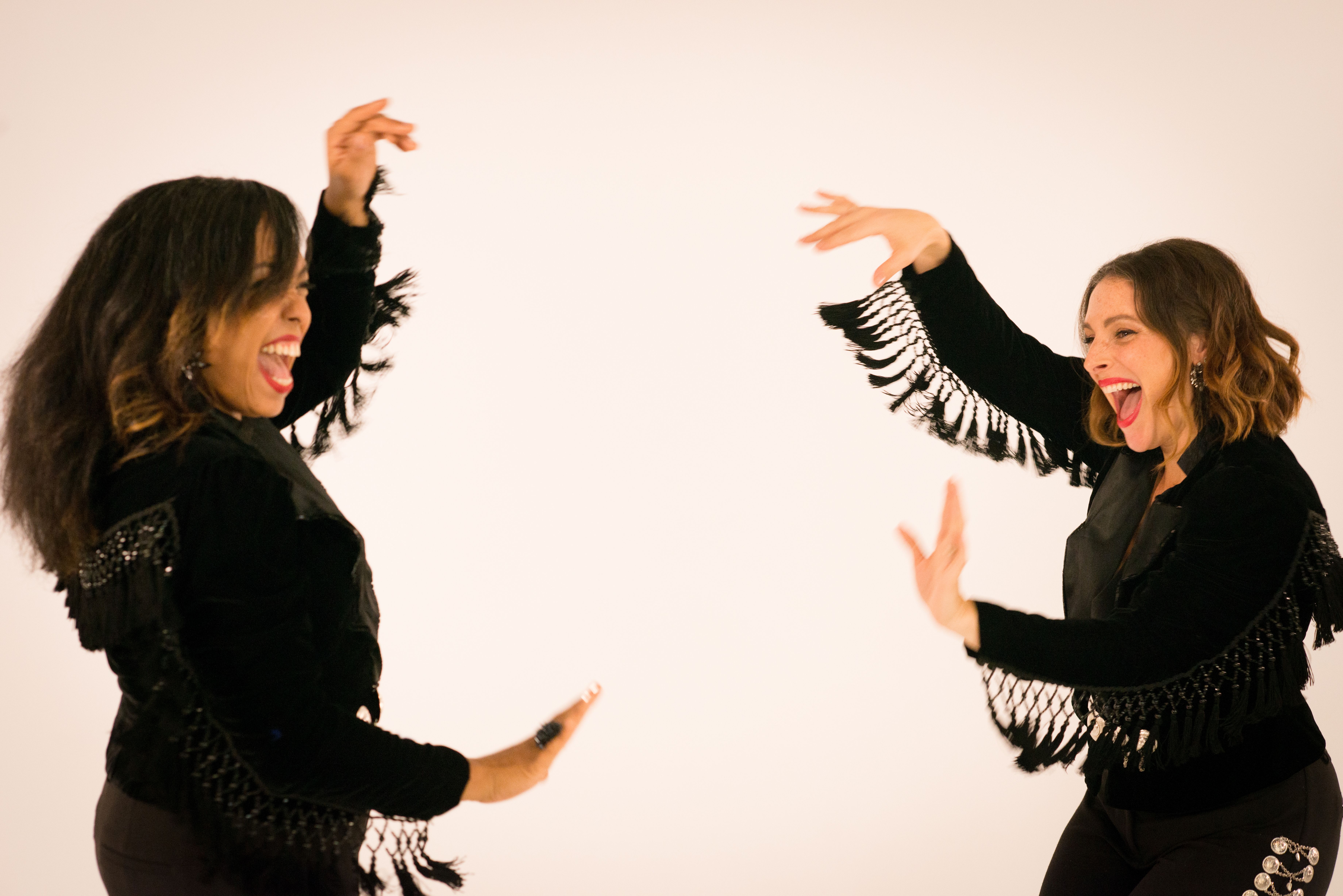 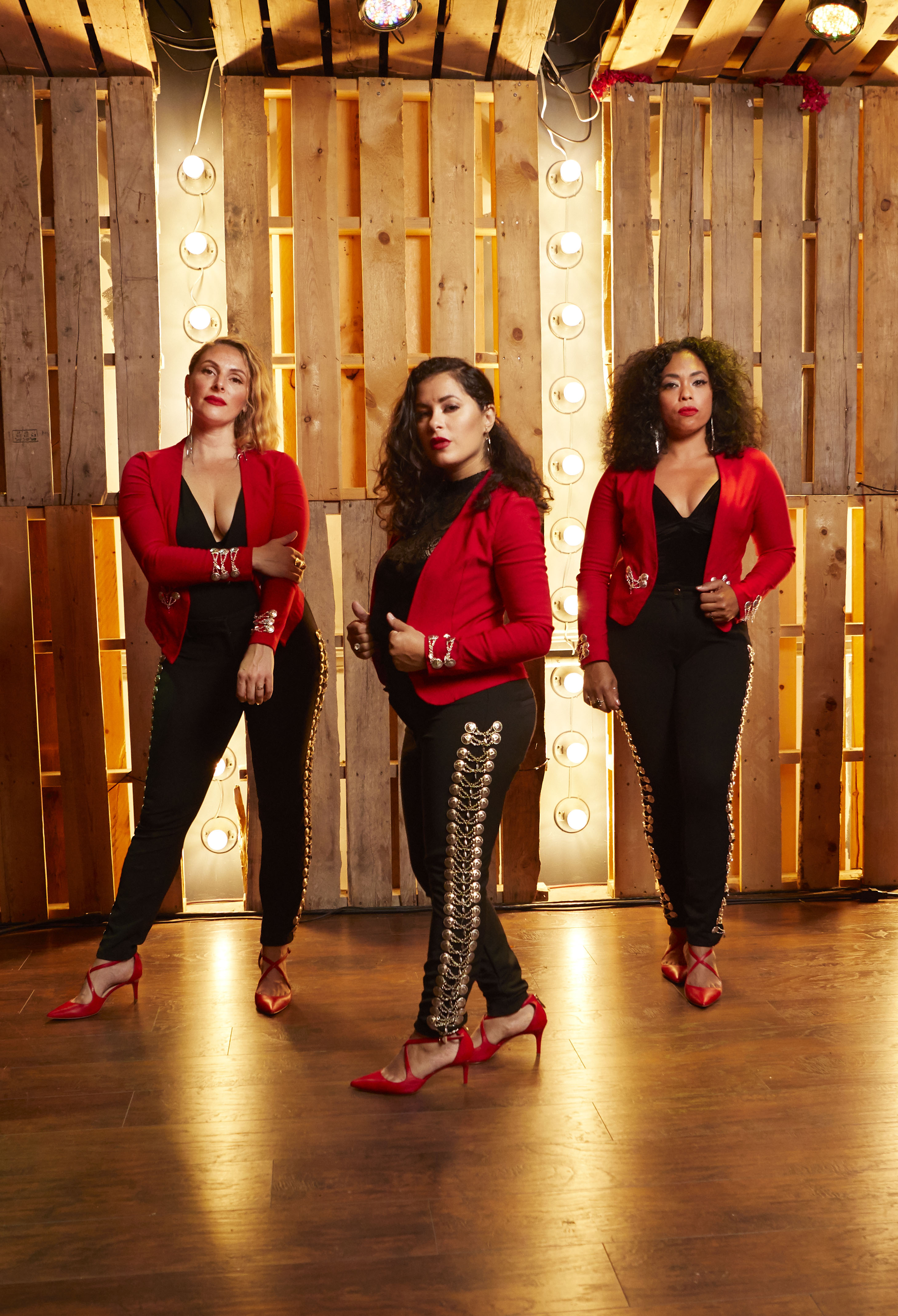 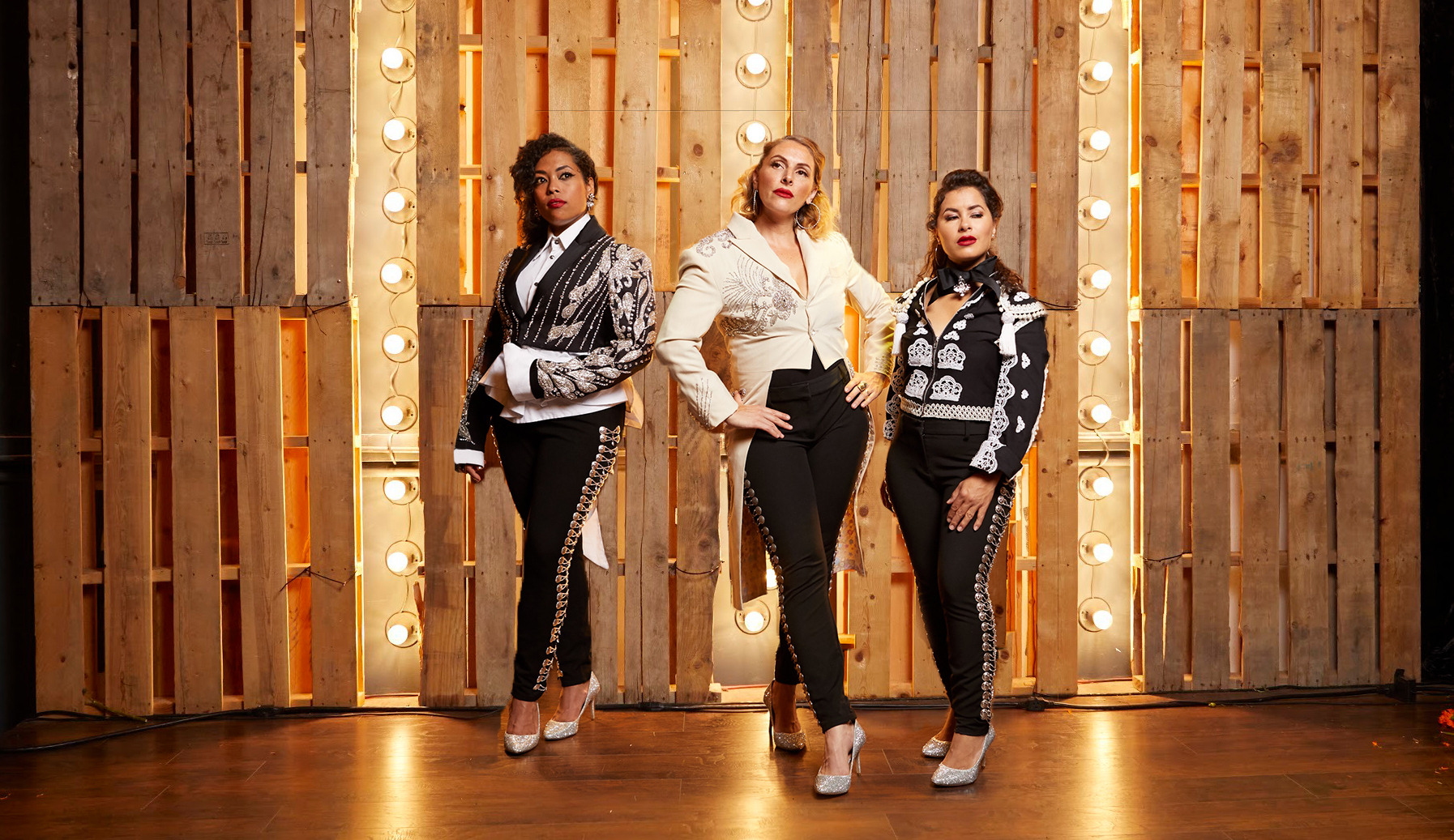 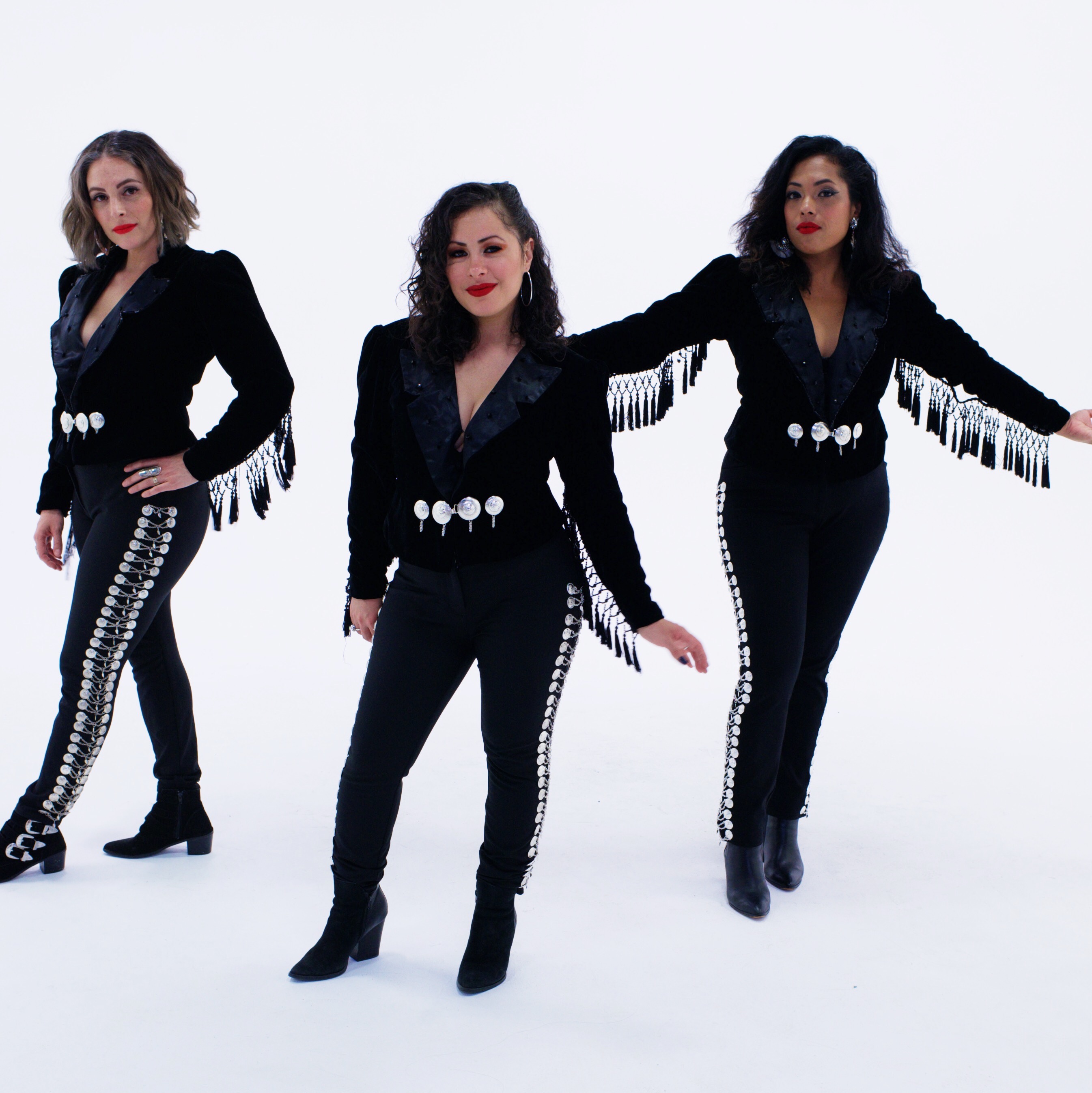 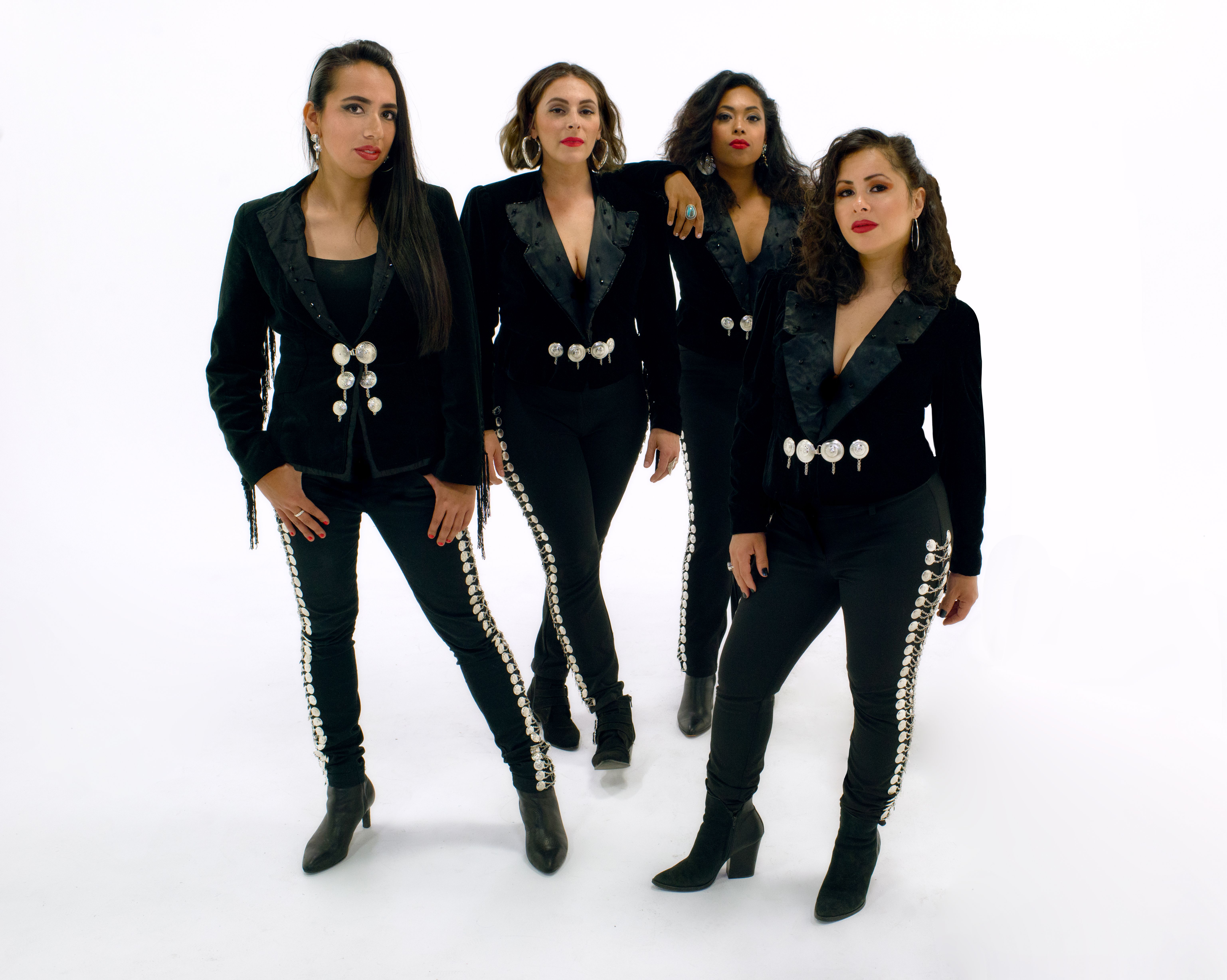 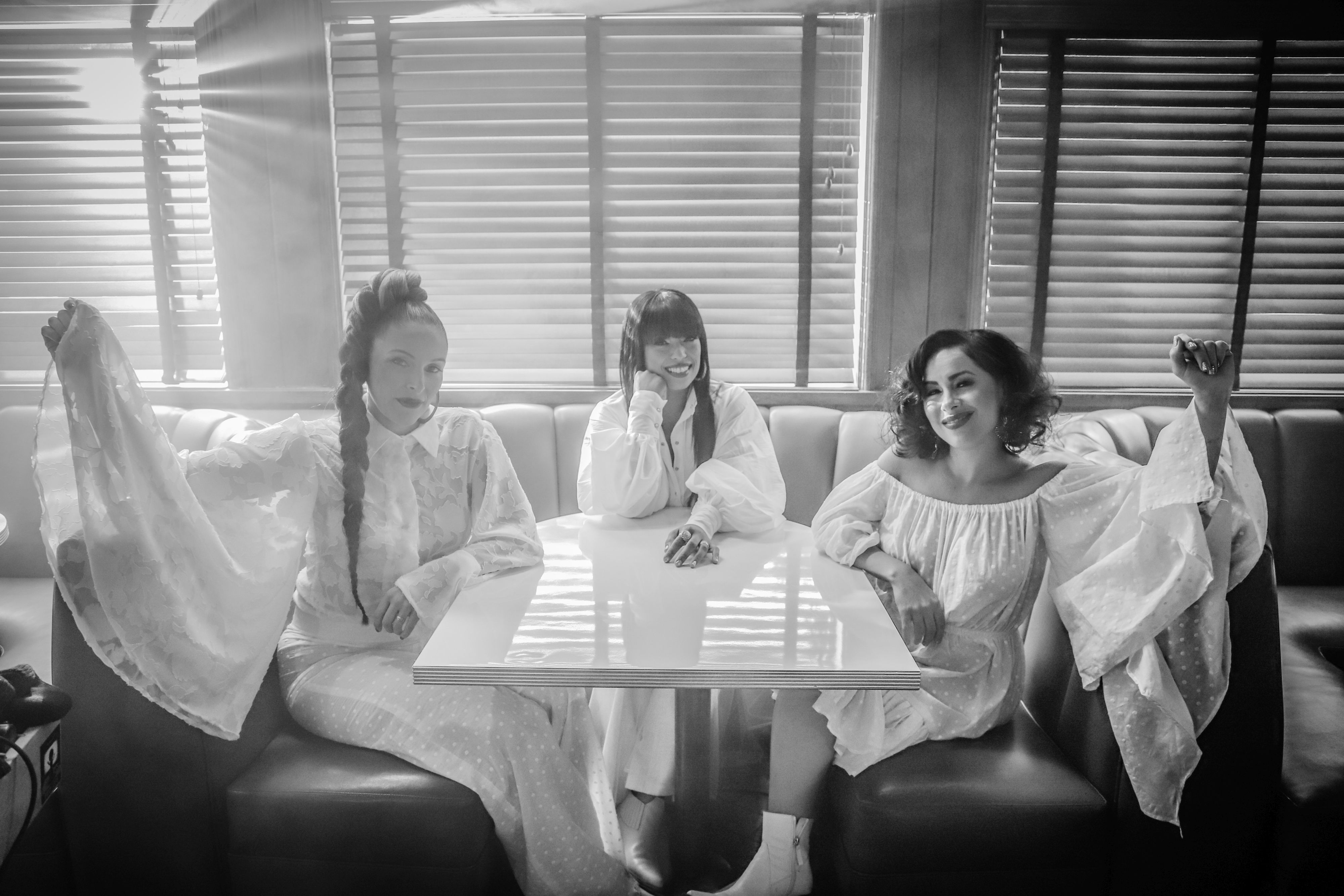 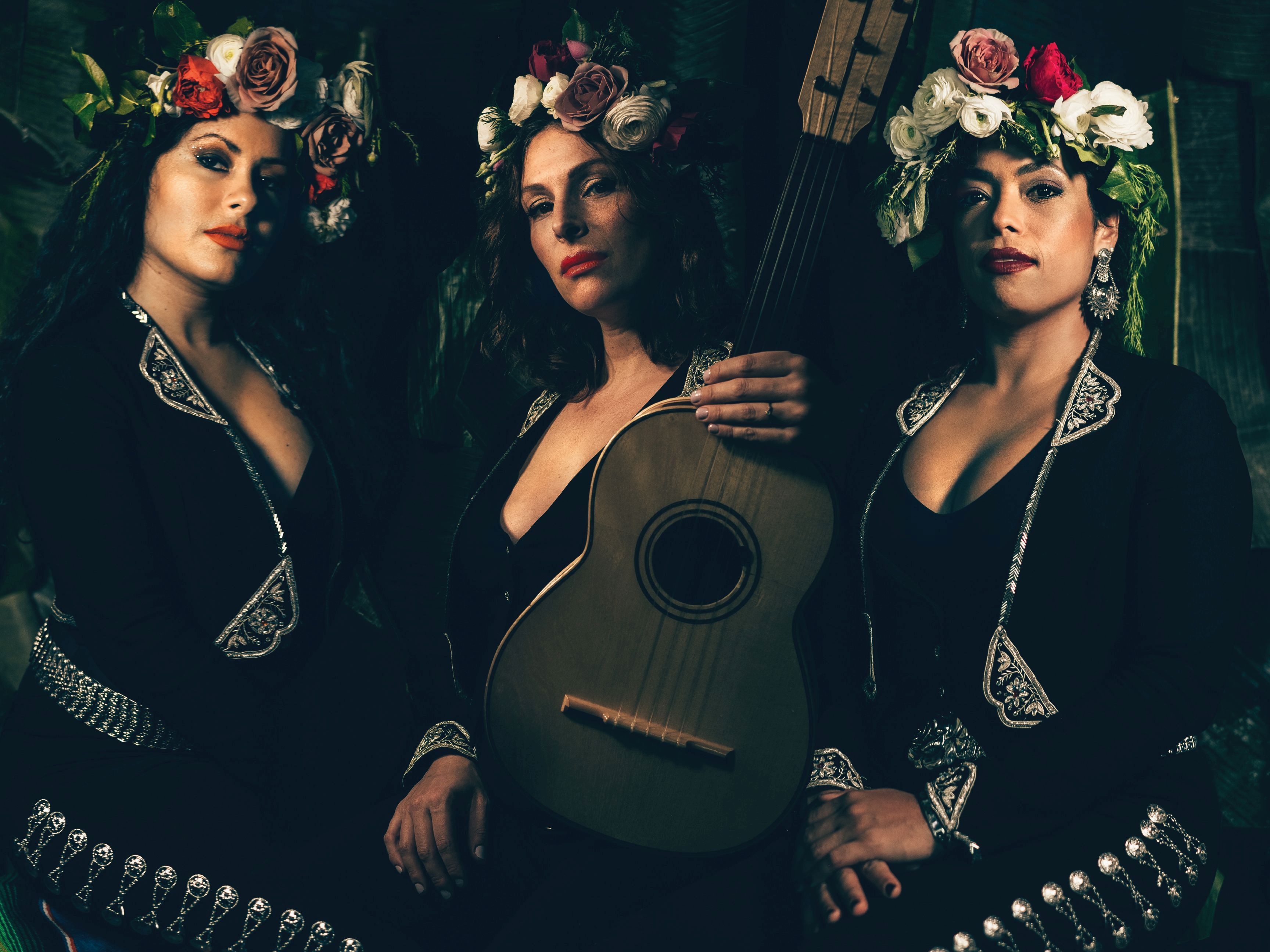