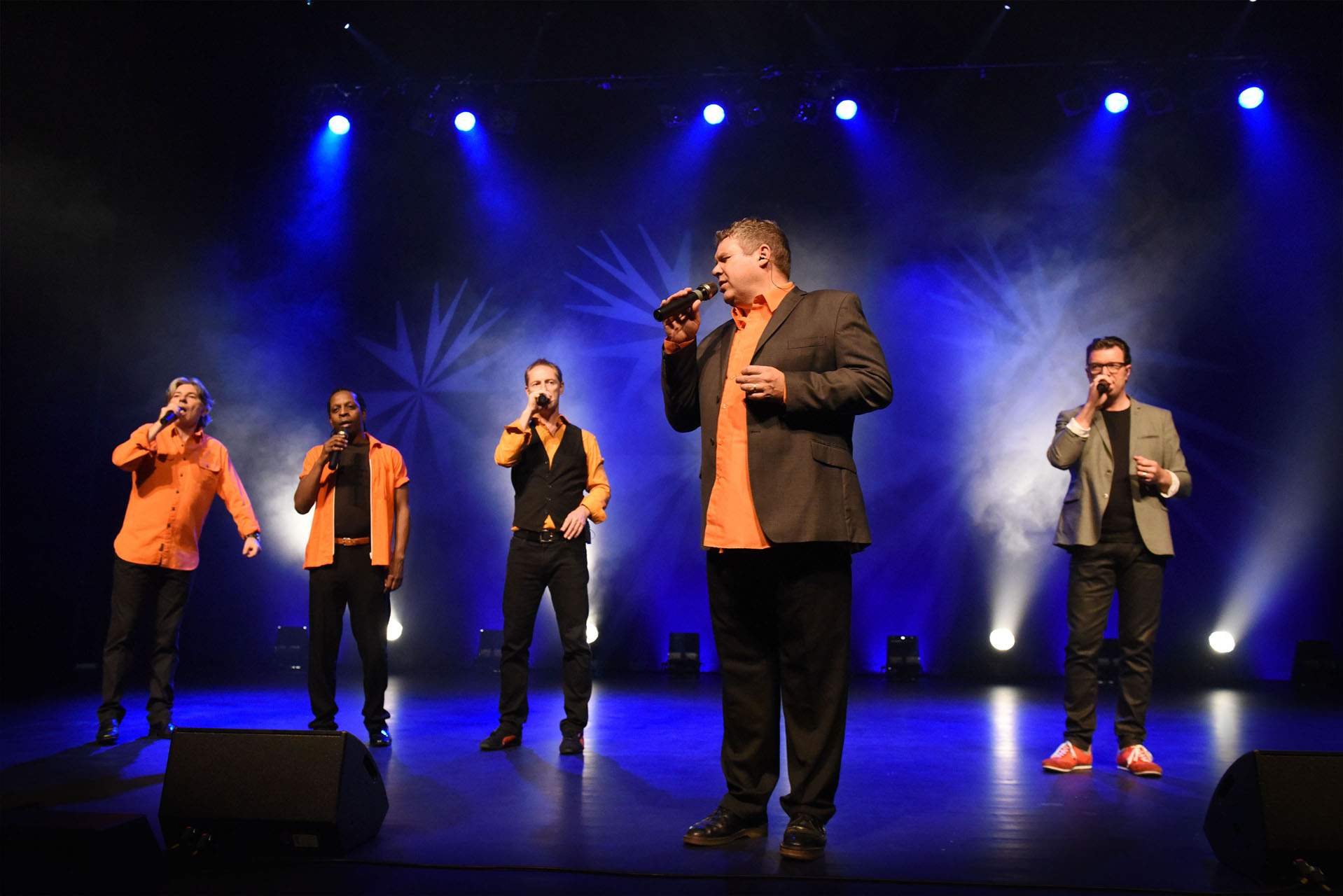 Are they actors who can sing? Are they musicians who can also act? Can they be described as musicians, when they play no instruments at all? Without a doubt the Flying Pickets are one of the most well-known acappella bands in Europe!

The British vocal acrobats have been creating amazing rhythms and grooves without using instruments since the start of the 1980s. It is their energy, freshness, and those 5 unmistakeable voices that makes the FLYING PICKETS so unique. Transcending the shallow trends and fashions of pop music since their massive 1983 world hit "Only You", their totally live, all-acappella, high-octane stage shows have continued to astonish audiences everywhere the group goes.

In their numerous live concerts (and since they began, well over 2 million people have seen them live!), they demonstrate not only the highest musical quality, but also an expert mastery of stagecraft. They are not just singers, they are all round entertainers– through their ironic, self-deprecating, and sometimes surreal ’Very British’ humour, the FLYING PICKETS win over their audience in minutes.

But the amazing career of the FLYING PICKETS was anything but planned. Whilst touring the theatre production "One Big Blow", the soon-to-be Pickets criss-crossed England for two years. They wiled away their long journeys in the minibus by arranging their favorite songs ’acappella’. No one could have suspected back then, that they were laying the cornerstone of a world-wide career. Tour after tour followed, and before too long the FLYING PICKETS found they had travelled more or less the whole world.

Since the 80’s, the FLYING PICKETS have released twelve studio albums, a consistent mix of original songs and covers, all of which highlight their particular ability to bring new life and new textures to familiar songs. With their latest, "Strike Again", the band have emerged from the studio with an album which has re-defined their sound. They have concentrated on bringing their unique acappella style to some of the most popular songs of the last ten years; "Seven Nation Army" by The White Stripes is given a funky facelift, a punchy and aggressive "Burn It Down" by Linkin Park mixes up with haunting versions of Maroon 5’s "She Will Be Loved" and Kings of Leon’s "Use Somebody"; and Jessie J’s modern pop protest song "Price Tag" and "Unwritten" by Natasha Bedingfield both seem especially timely in the current climate.

Touring Austria has always been something special for the FLYING PICKETS. With "Only You" in 1983, they maintained their No.1 position at the peak of the Austrian charts for several weeks, and since then they have also recorded two further albums in Austria.
In addition to songs from their newest album "Only Human", the FLYING PICKETS will naturally also be bringing along all the other hits, from "Let Me Entertain You" and "Englishman In New York" to "Call Me Al", "Working in a Coalmine" and "Mama Loo". And of course, as with all their concerts, the fans won’t be prepared to let them go until they sign off with "Only You".

Two shows are currently available:
The "Only Human" Tour (featuring the FLYING PICKETS newest and most popular material) and
"Only Yule- Christmas Show" (also features songs from their Christmas album, "Only Yule”) 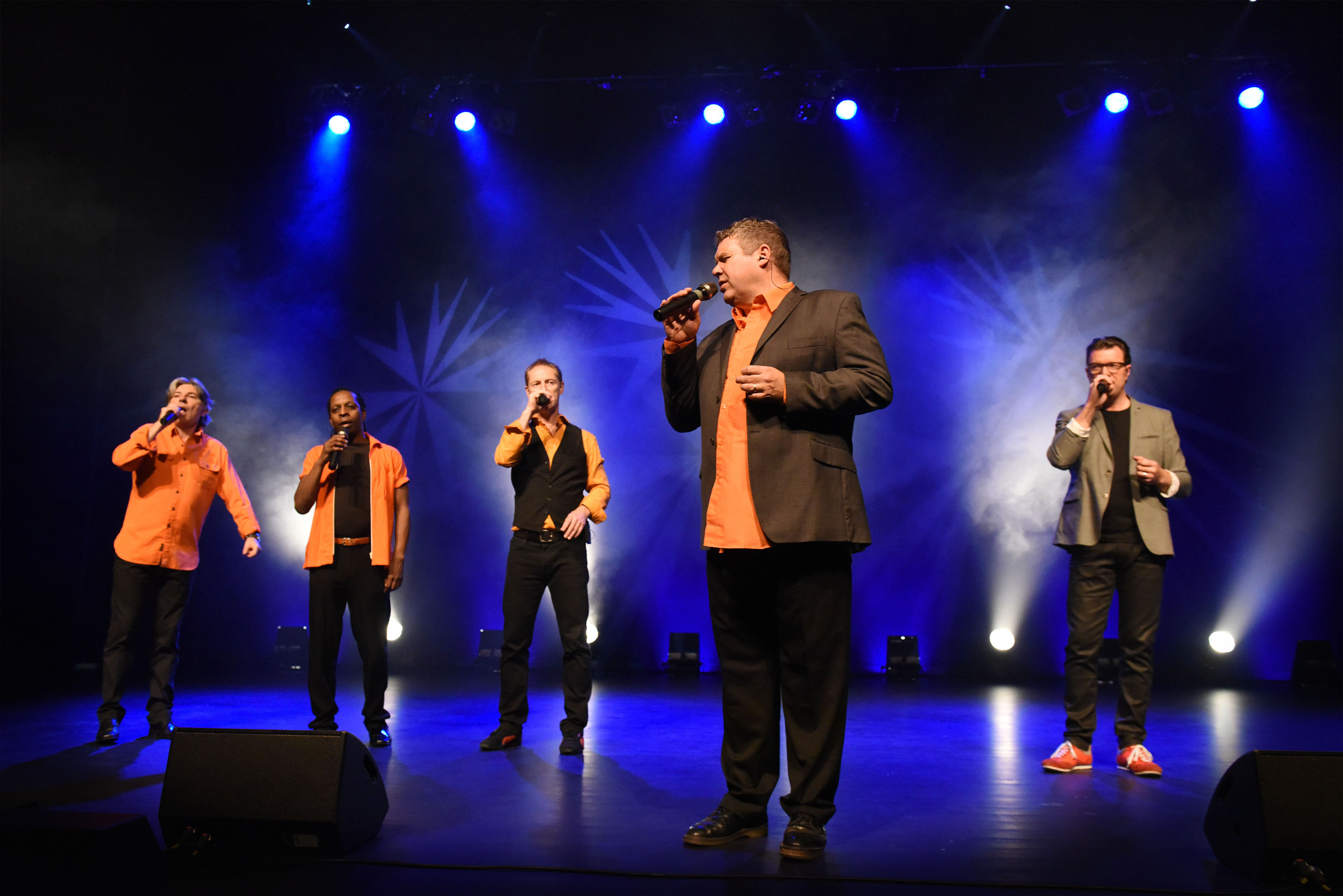 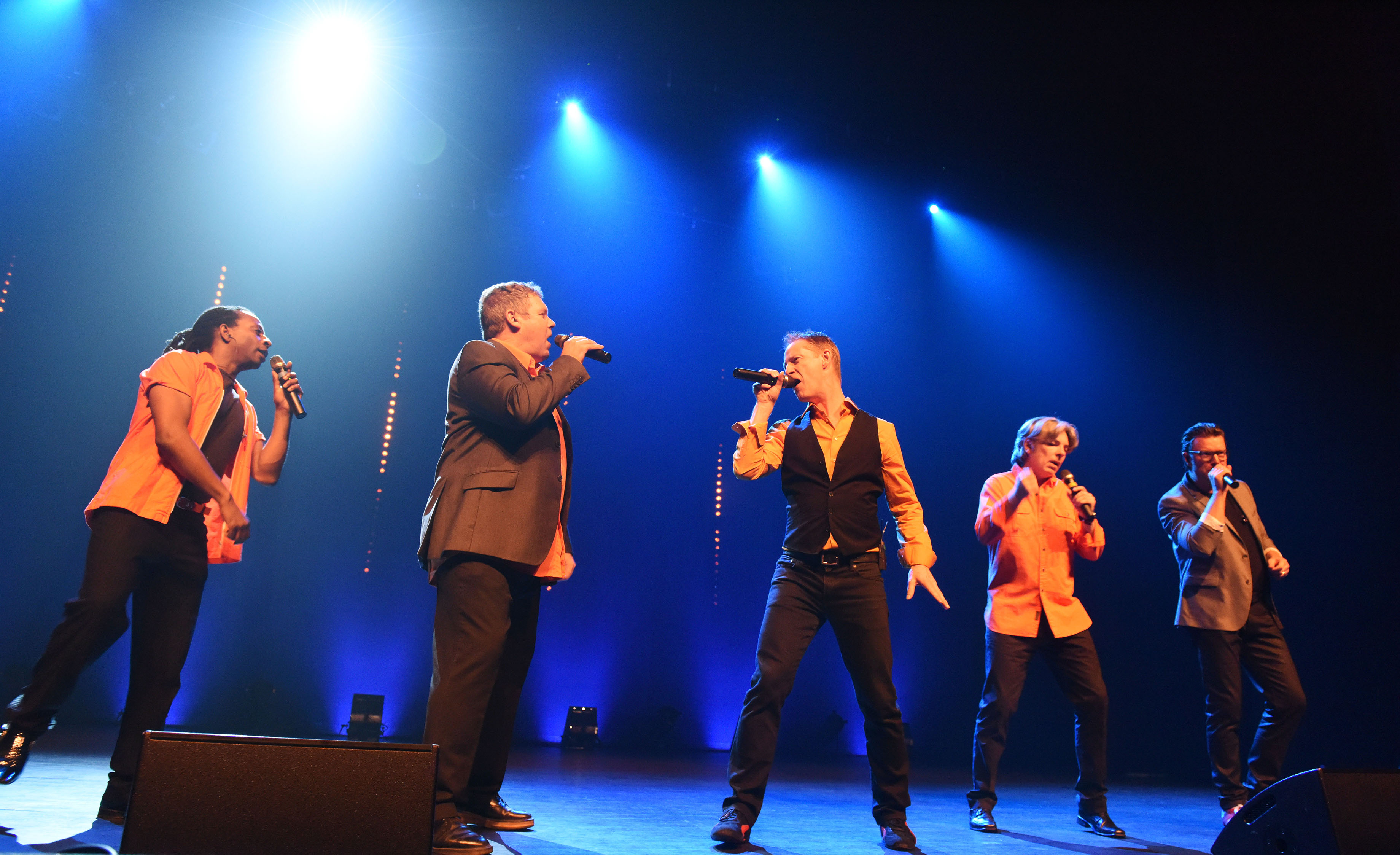 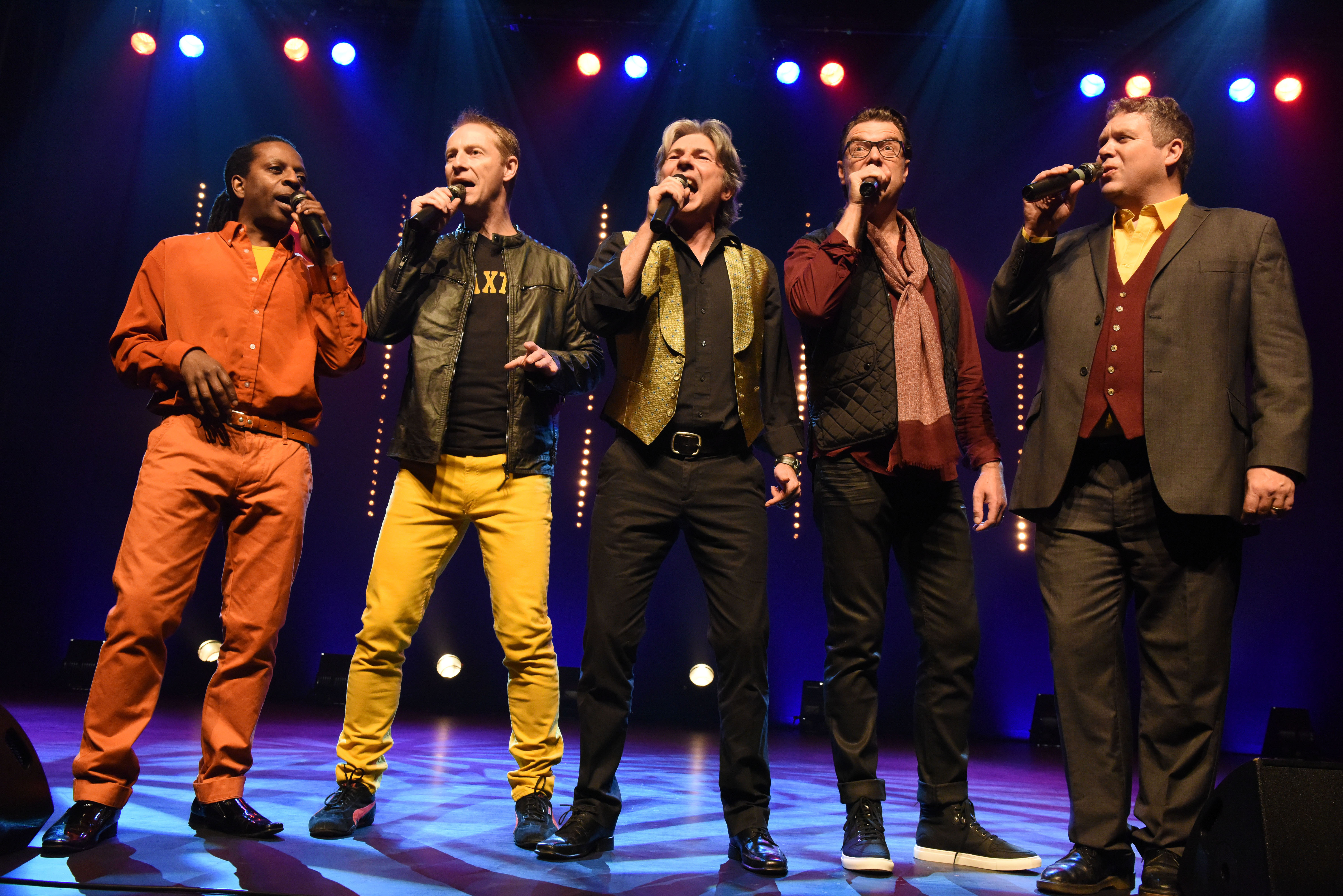 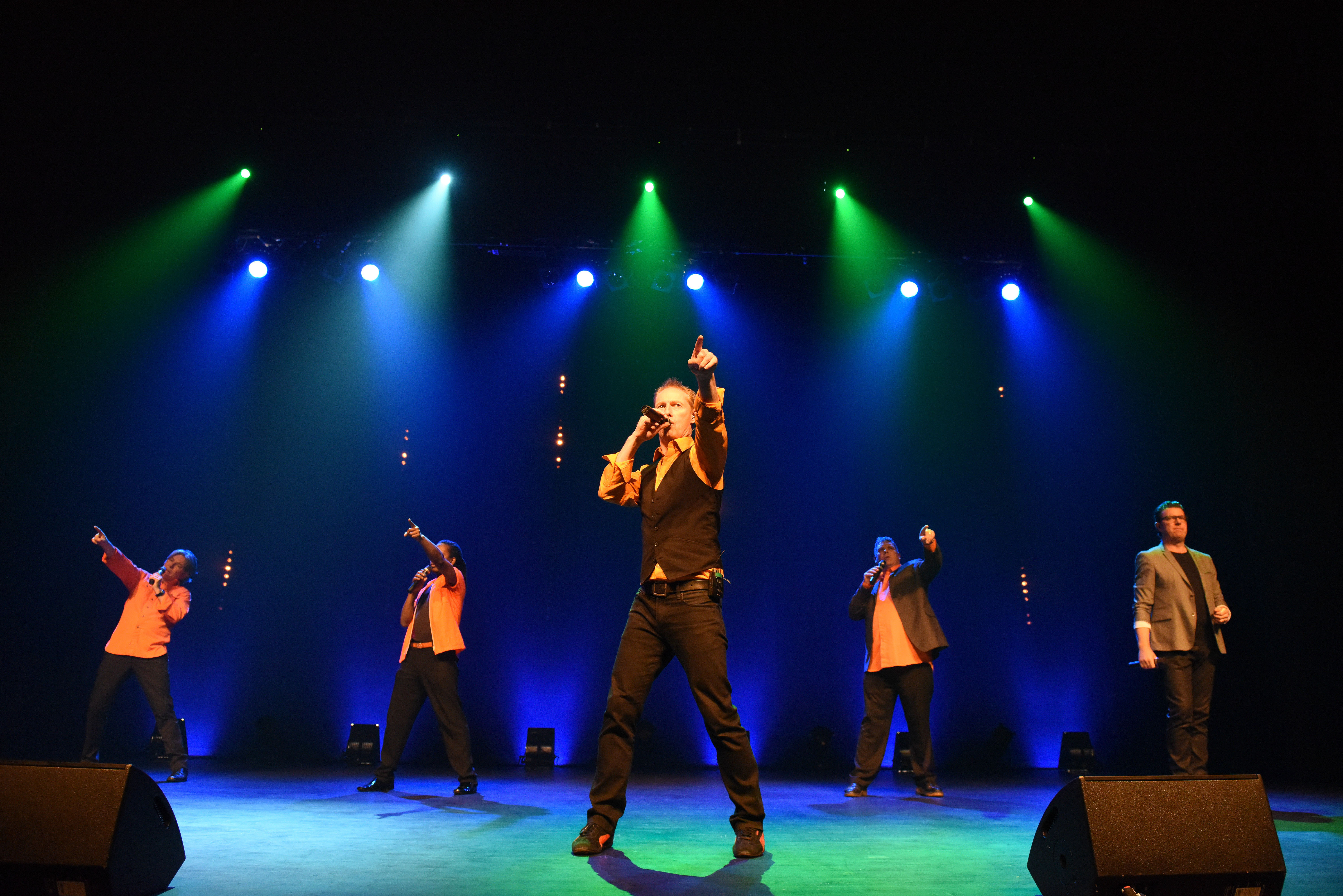 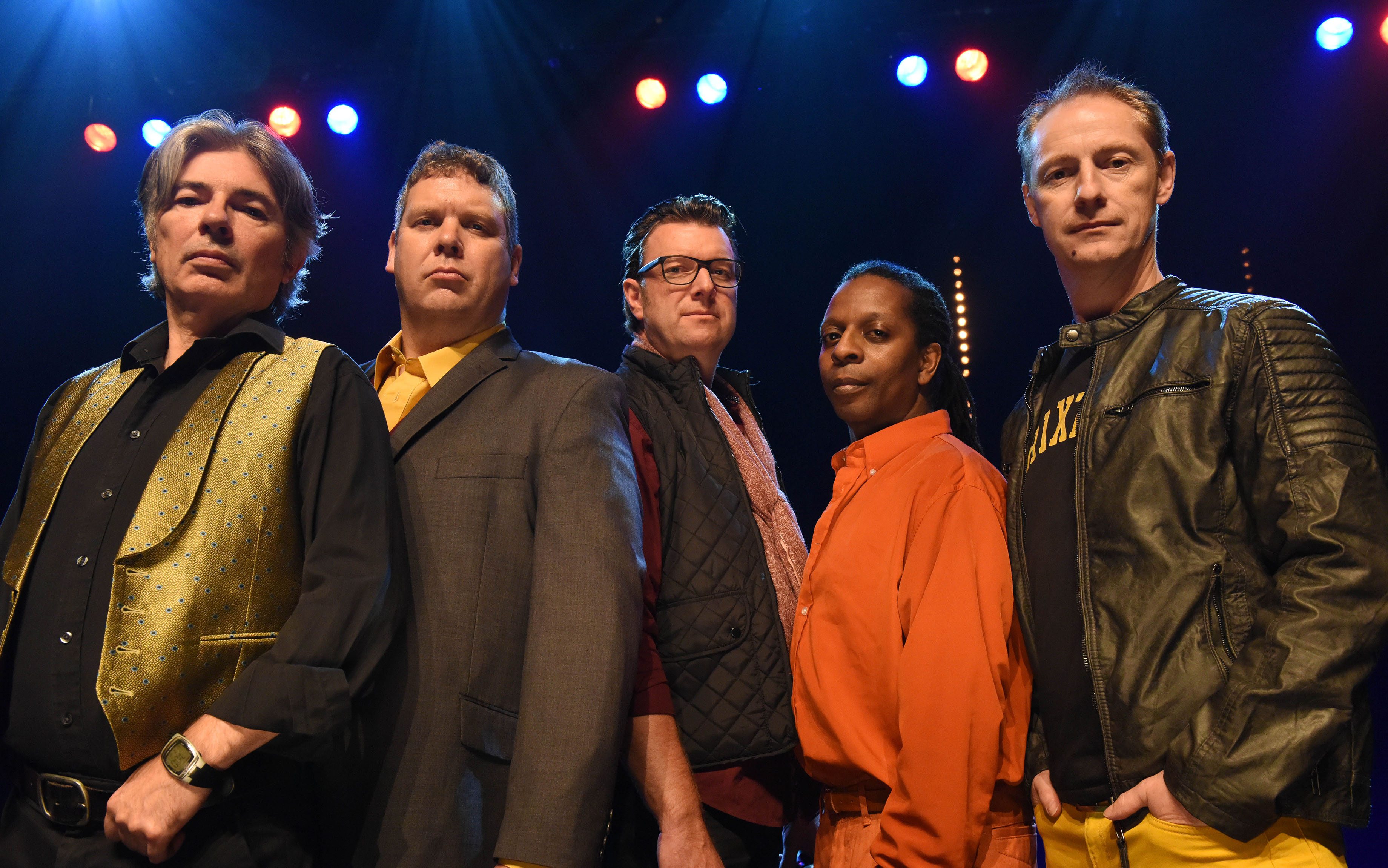 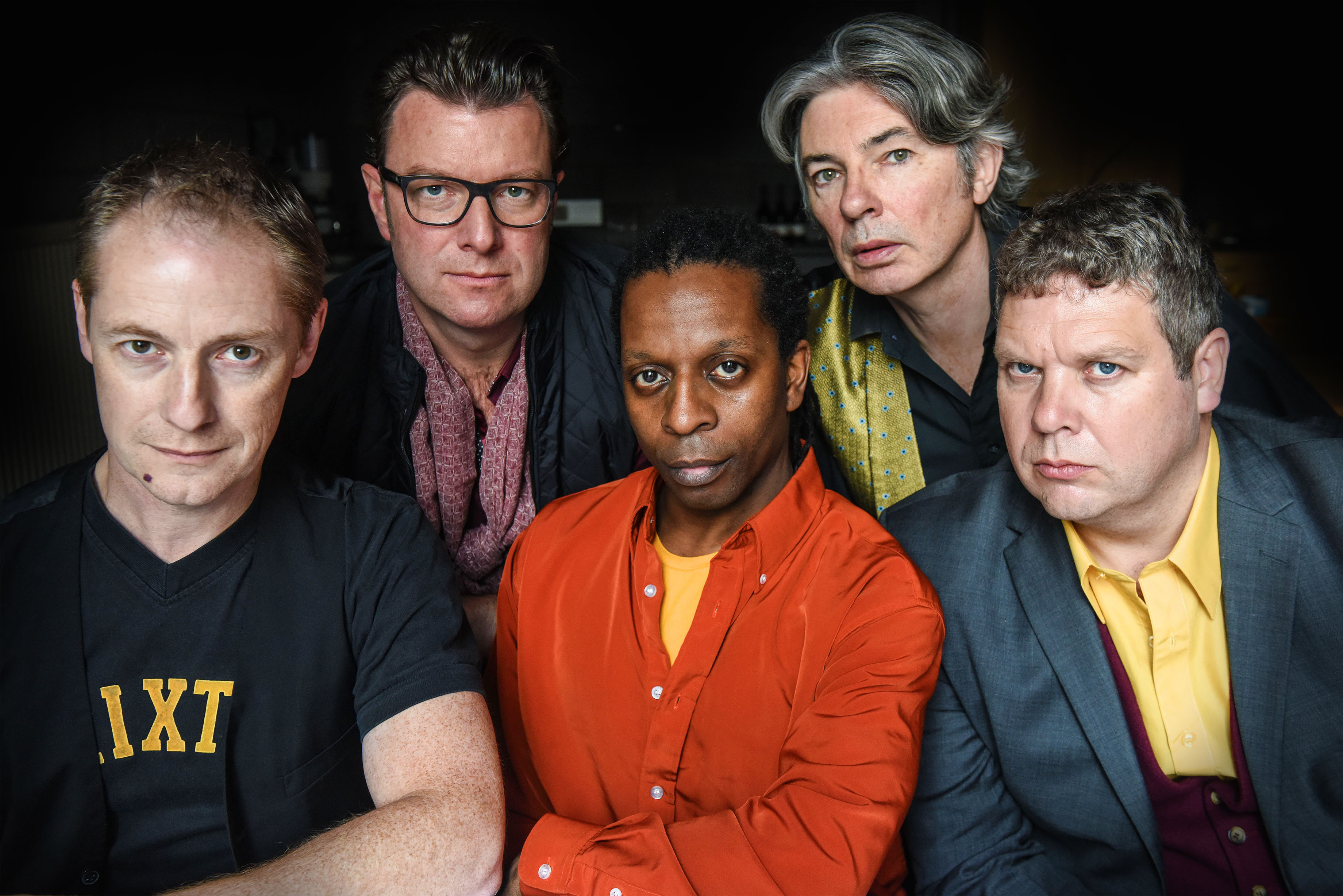 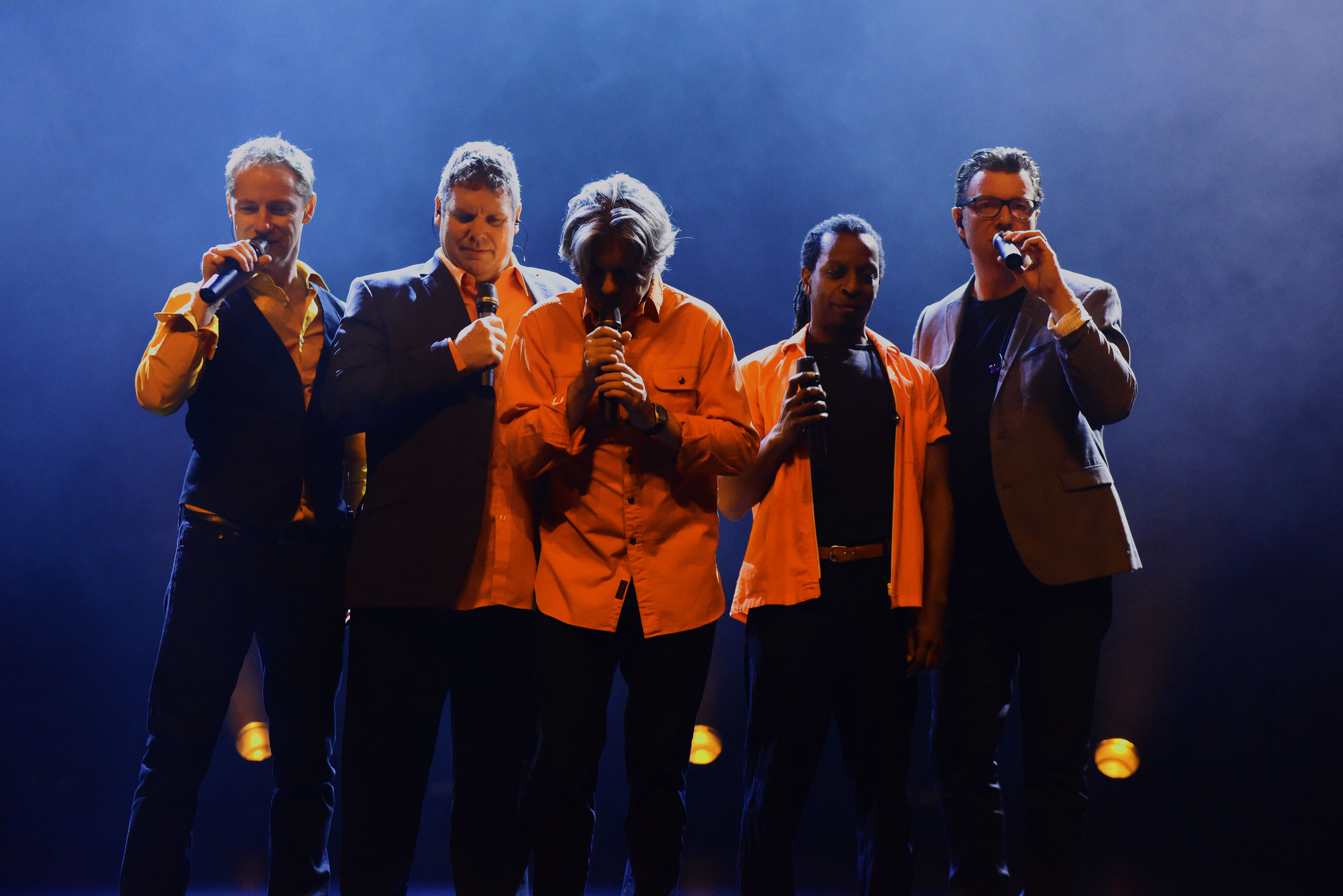 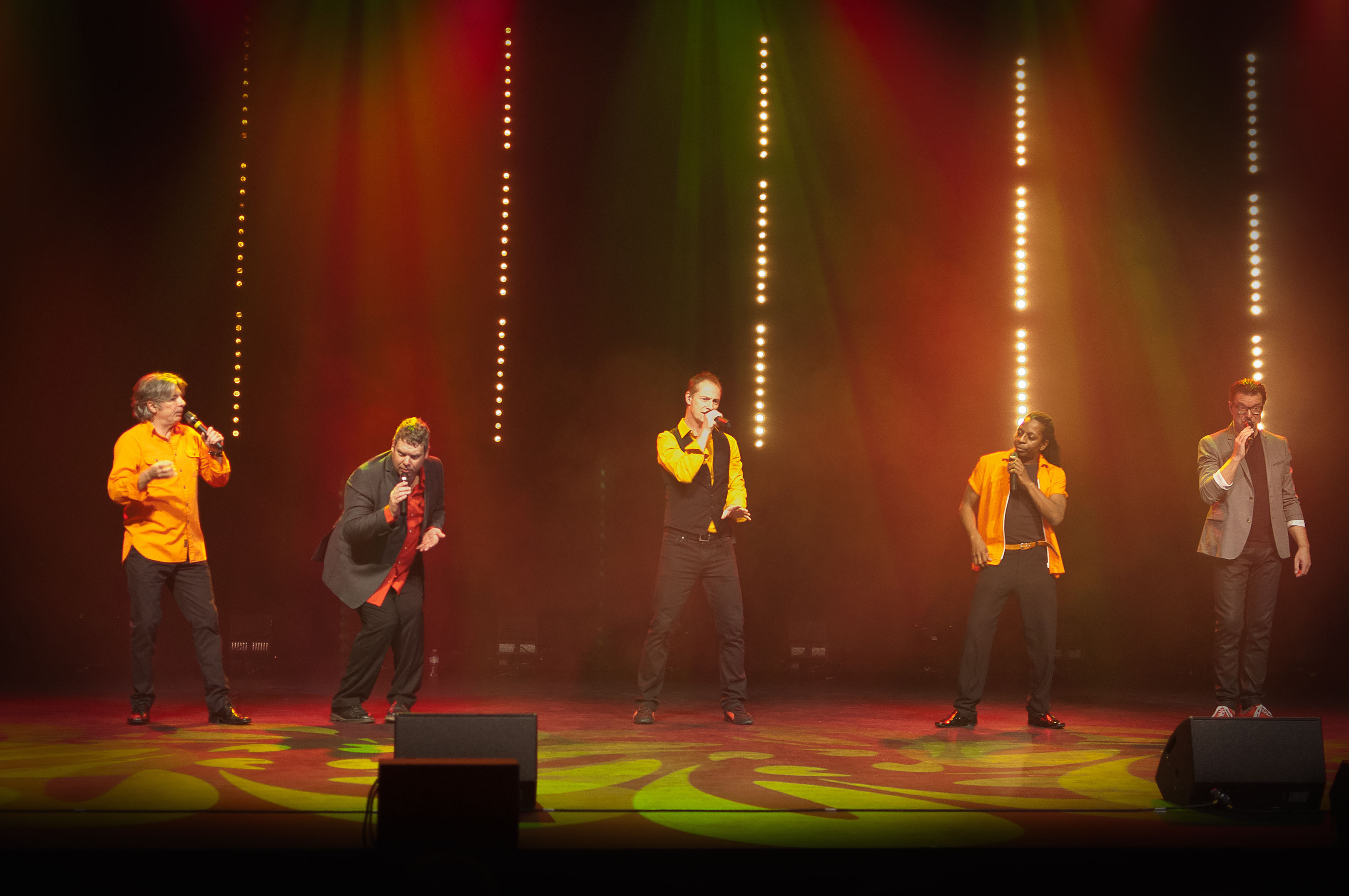