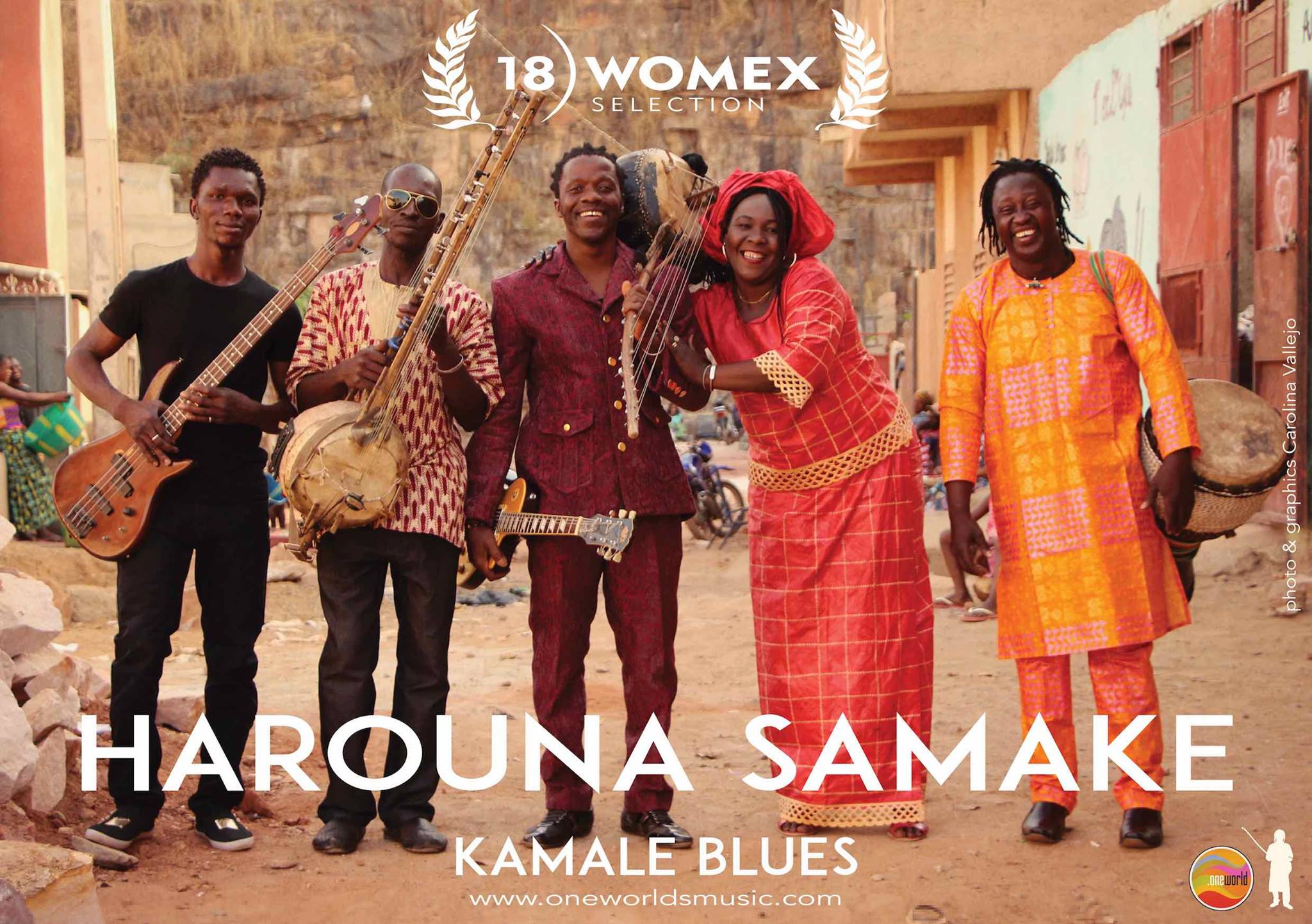 The groovy Harouna Samake is regarded as Mali's Kamale N'Goni player number one. He perfomes internationally with Salif Keita, and has recorded on more than 50 albums. Among those, 5 albums of Salif Keita, and then with Blick Bassy, Bella Flick, Etienne Mbappé, Bassekou Kouyate and many others.
Harouna Samake was born in Dissan, Circle de Bougouni, in the Region of Sikasso, Mali in 1974

He started to play the ancient West African instrument Kamale N'Goni at the age of 8, when he fell in love with the instrument seeing someone playing it in his village. At 7 he had started to play on the one stringed Pati Kolombani. When he saw the N'goni, he collected a calabash and a branch for the handle, and found some strings too. Now he needed the leather and he couldn't find it in his village. But he met a N'Goni player who gave him his old skin, as he had just hunted a gazelle to change on his instrument. His name was Zoumana Traoré Dit Zoumana Barani. Harouna then went to another N'Goni player to ask him for help to ensemble his pieces into an instrument. His name was Amara Bocher, and he build Harouna's first N'Goni- As Harouna did not have money to pay for the N'Goni, Amara asked Harouna to help him fill his traditional matras with hay, and all of Harouna's friends helped with collecting te hay in the fields. Amara accorded the N'Goni, and when Harouna got it in his hands, it was as he could play anything coming to his mind.

It was a natural talent of his. There was no school in his village, and Harouna instead of going to the neighbouring village to school with his brother, was chosen to work in the familly's field. This became his fortune, as he then had more time to cultivate his music. Later on in life, stories certainly changed. He met Bonnie Riatt at 'Festival du Dessert' and they jammed by the fire light the whole evening. She invited him to tour with her, but he couldn't make it, as he was touring with Salif Keita. But Bonnie Riatt liked Harouna's playing so much and gave him his first guitar as a gift to thank for their time together. Since this, Harouna has toured for more than 18 years with Salif Keita, and with Le Amassadeurs, and has recorded on more than 50 albums, among those, 5 albums of Salif Keita, and then with Blick Bassy, Etienne Mbappé, Bassekou Kouyate and many others. In 2018 we are recording his first own full album at Sama Studio Records in Bamako, to be released in May 2018 on One World Records. 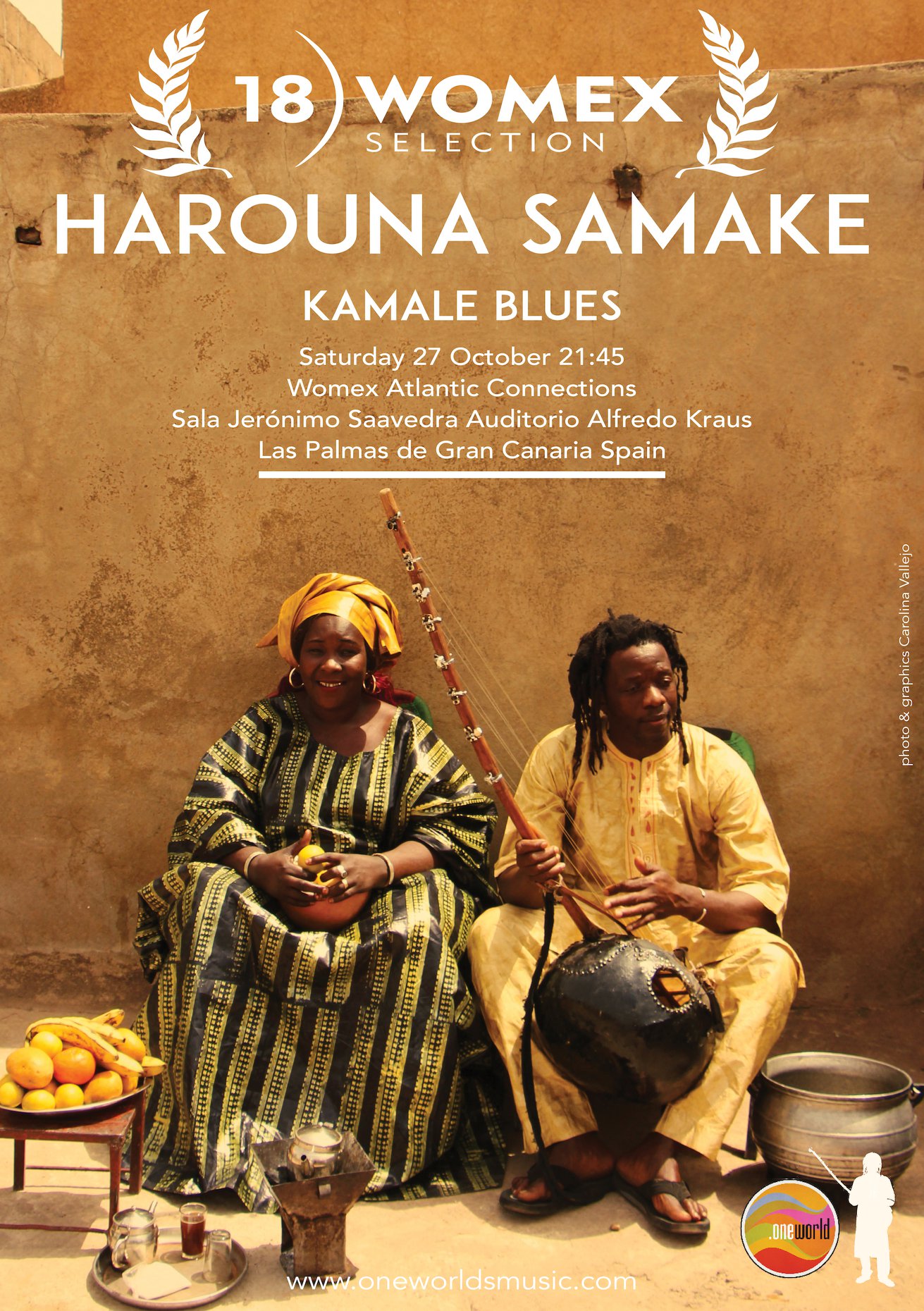 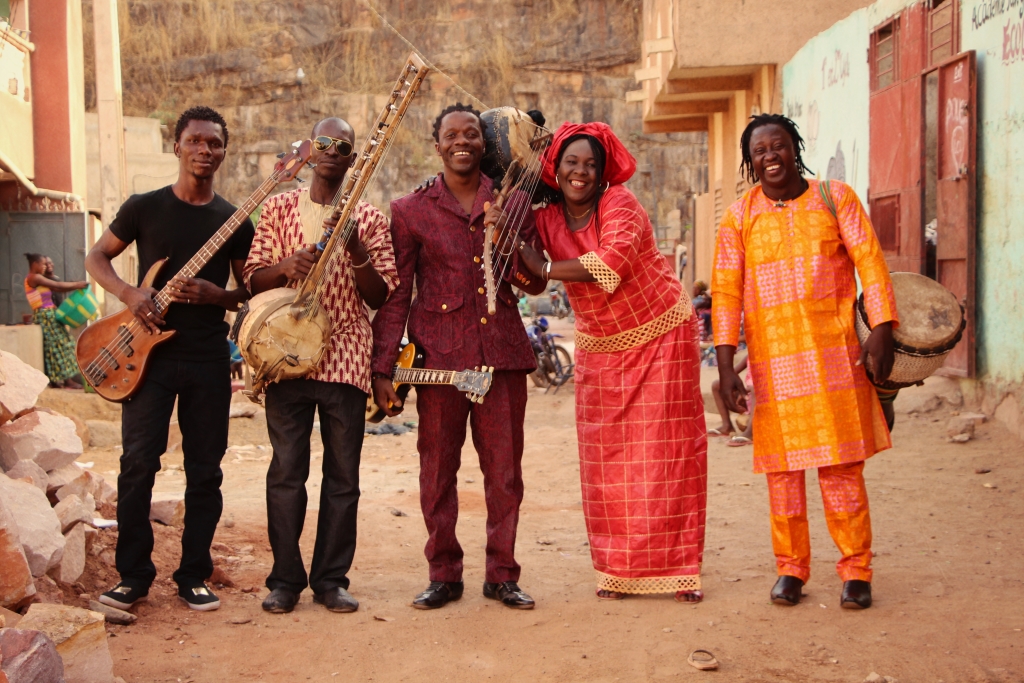 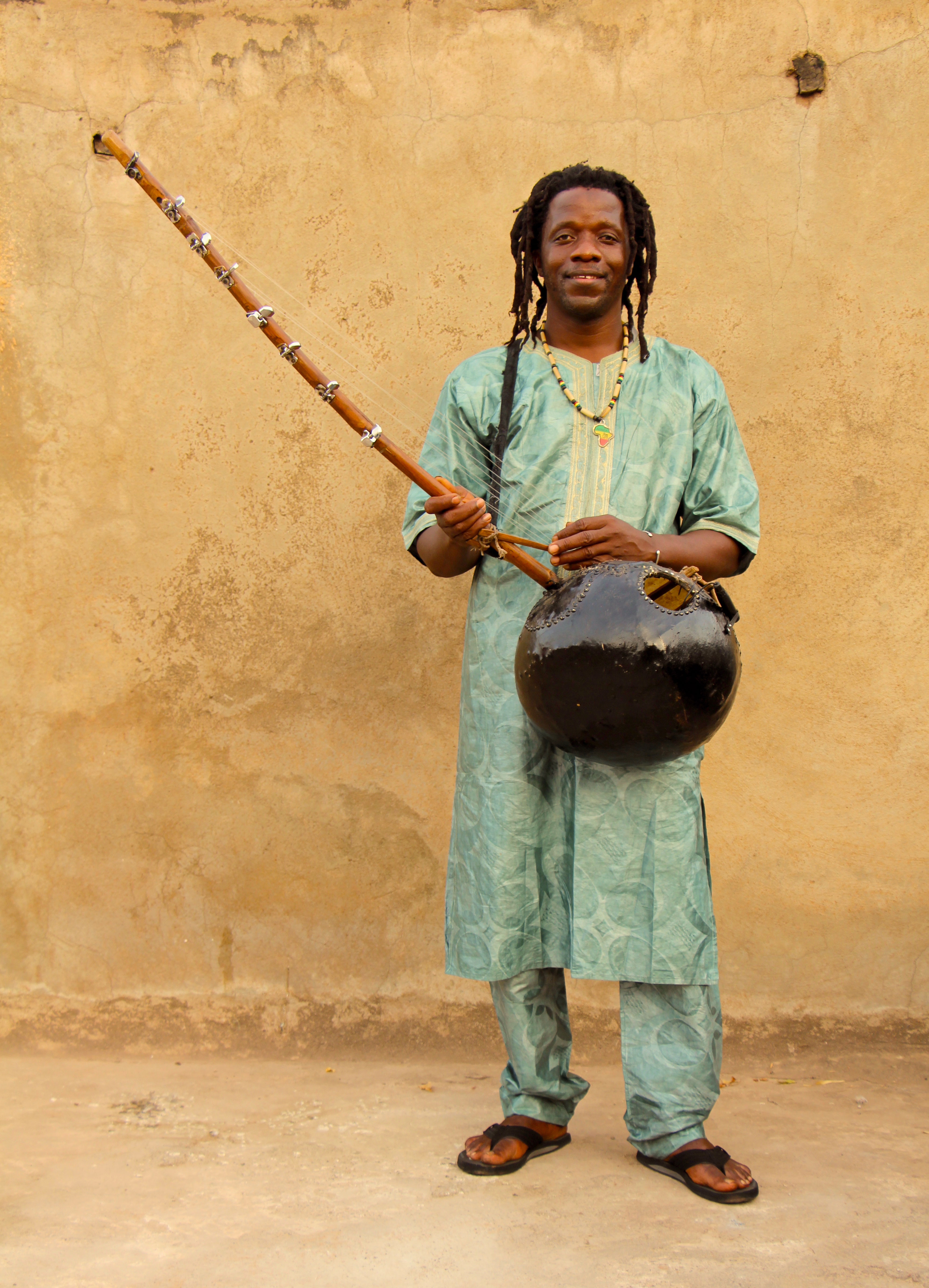 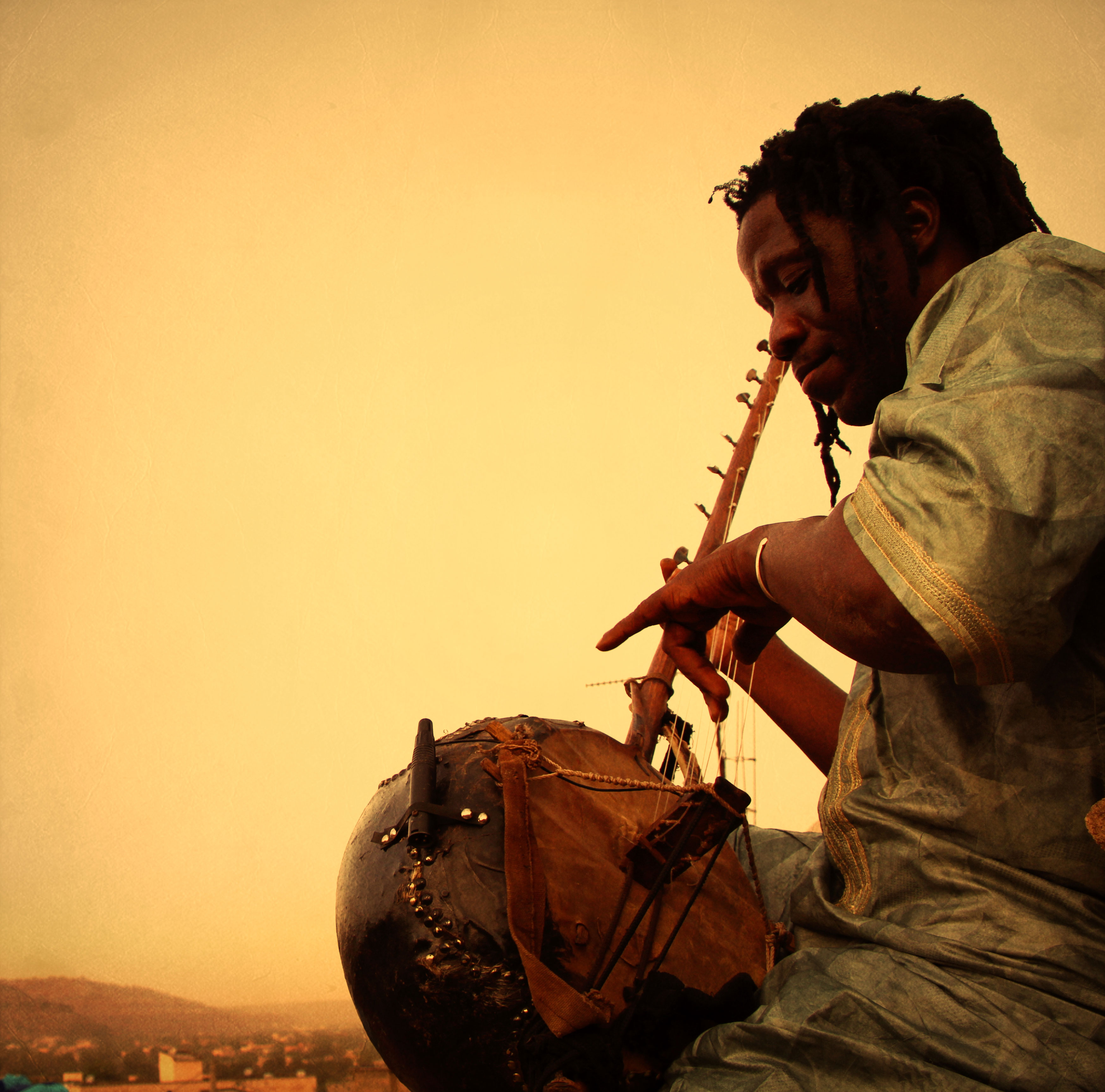 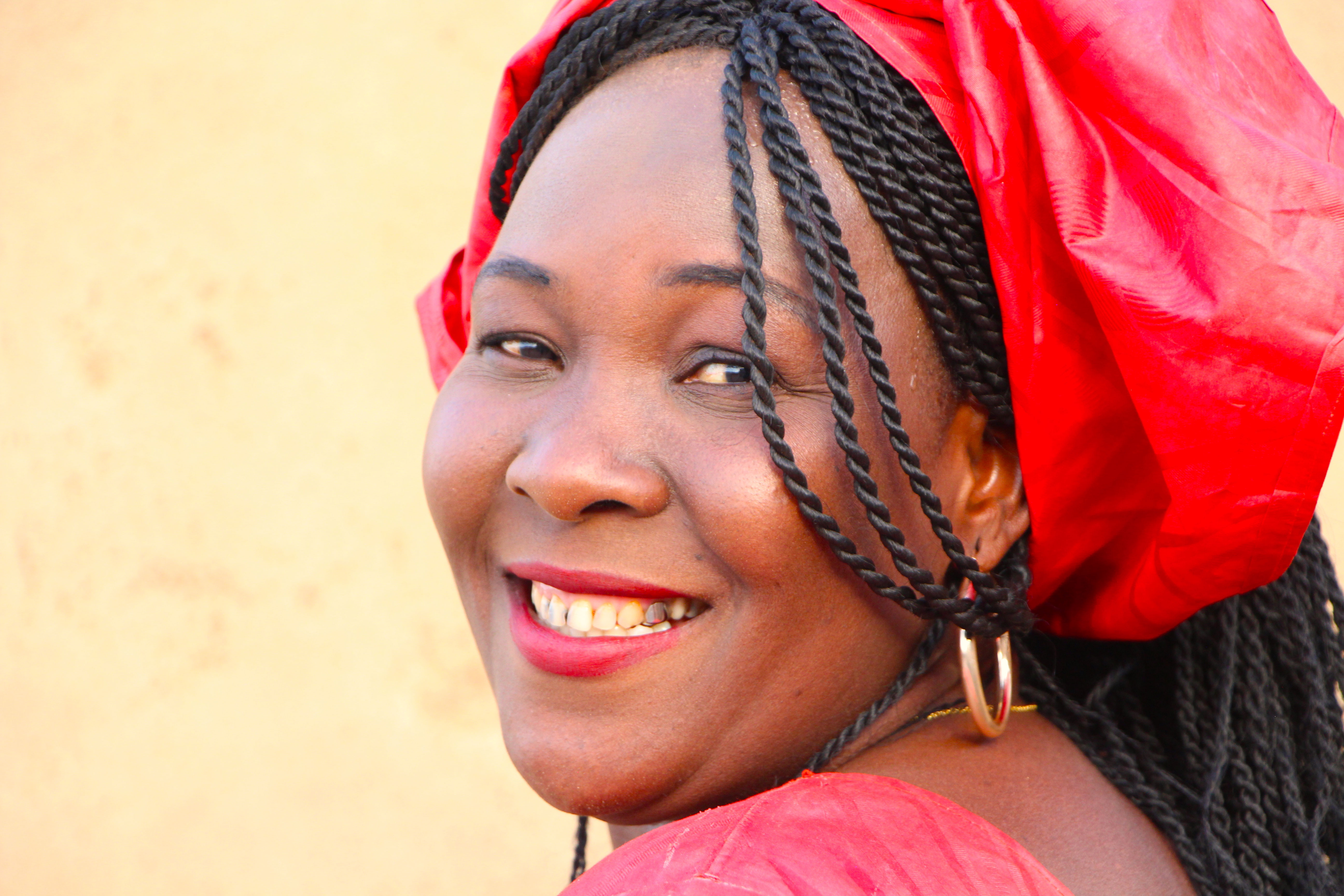