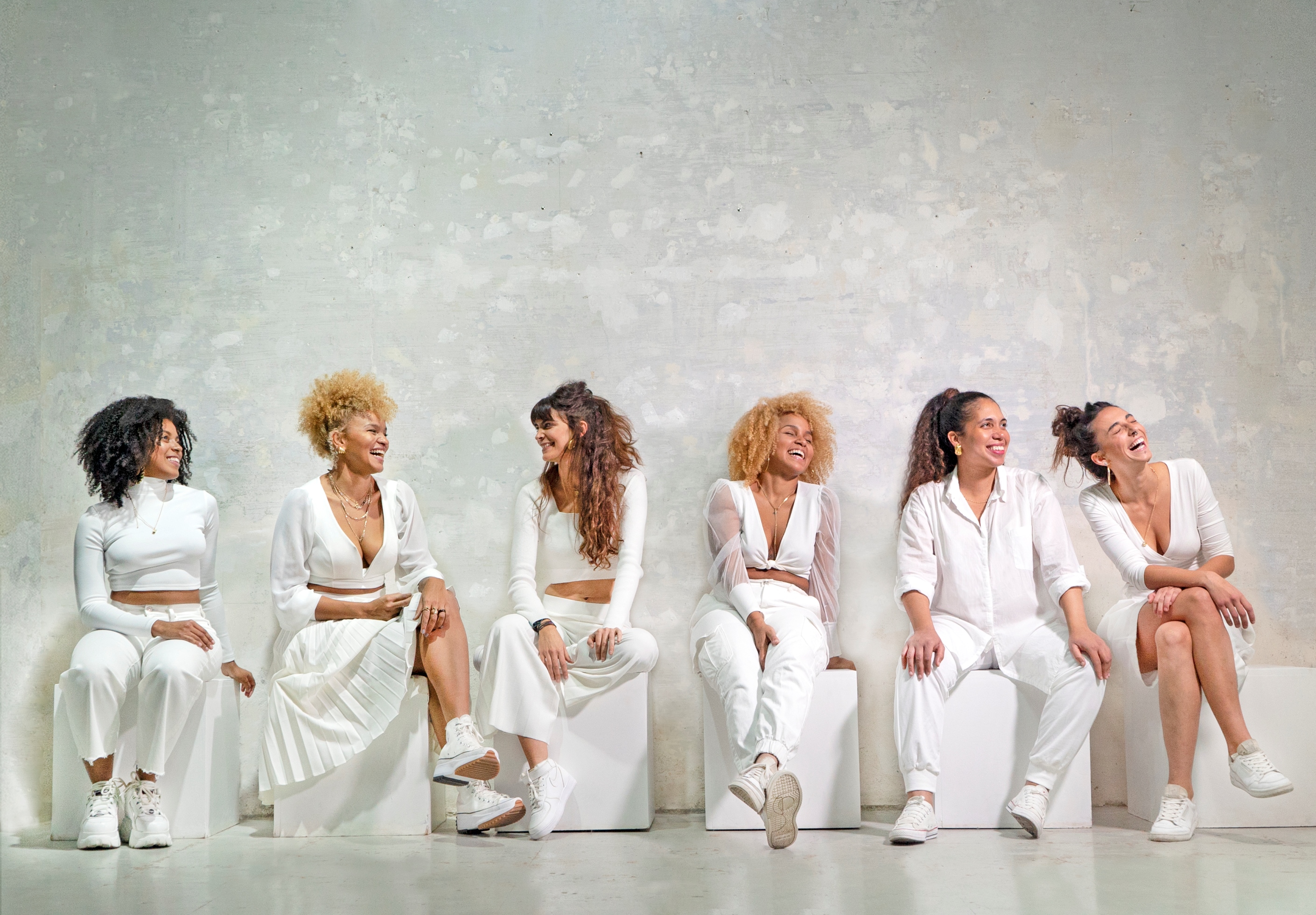 Six lifestories shaped by migration and different experiences. Interpreted musically exciting
Las Karamba was formed in 2018 within the streets of Barcelona, among chaos, traffic jams, stress and the city itself, out of the need to gain strength, to fight fears and to change the way of living. It was born out of the empathy between seven life stories: migration stories, musical inheritances, from subversive and diverse motherhoods; all of them aiming to chase their dreams and experience their full potential and sensitivity, while claiming women’s role in their commitment with music.
It is a multicultural mix between Venezuela, Cuba, Catalonia, France and Argentina. A band whose style fuse ballrooms such as son, cha-cha-cha, salsa or timba with rap and urban music, to create a new, special, contagious and powerful color. Ways of thinking brought together by the willingness to spread a message able to boost new generations and raise awareness among their listeners, while spreading joy and illusion to all audiences.
Las Karamba is the voice of all those women who, throughout the history of music, remained silent, lingered in the shadows, had to fought on their own, and have so much to tell us nowadays.