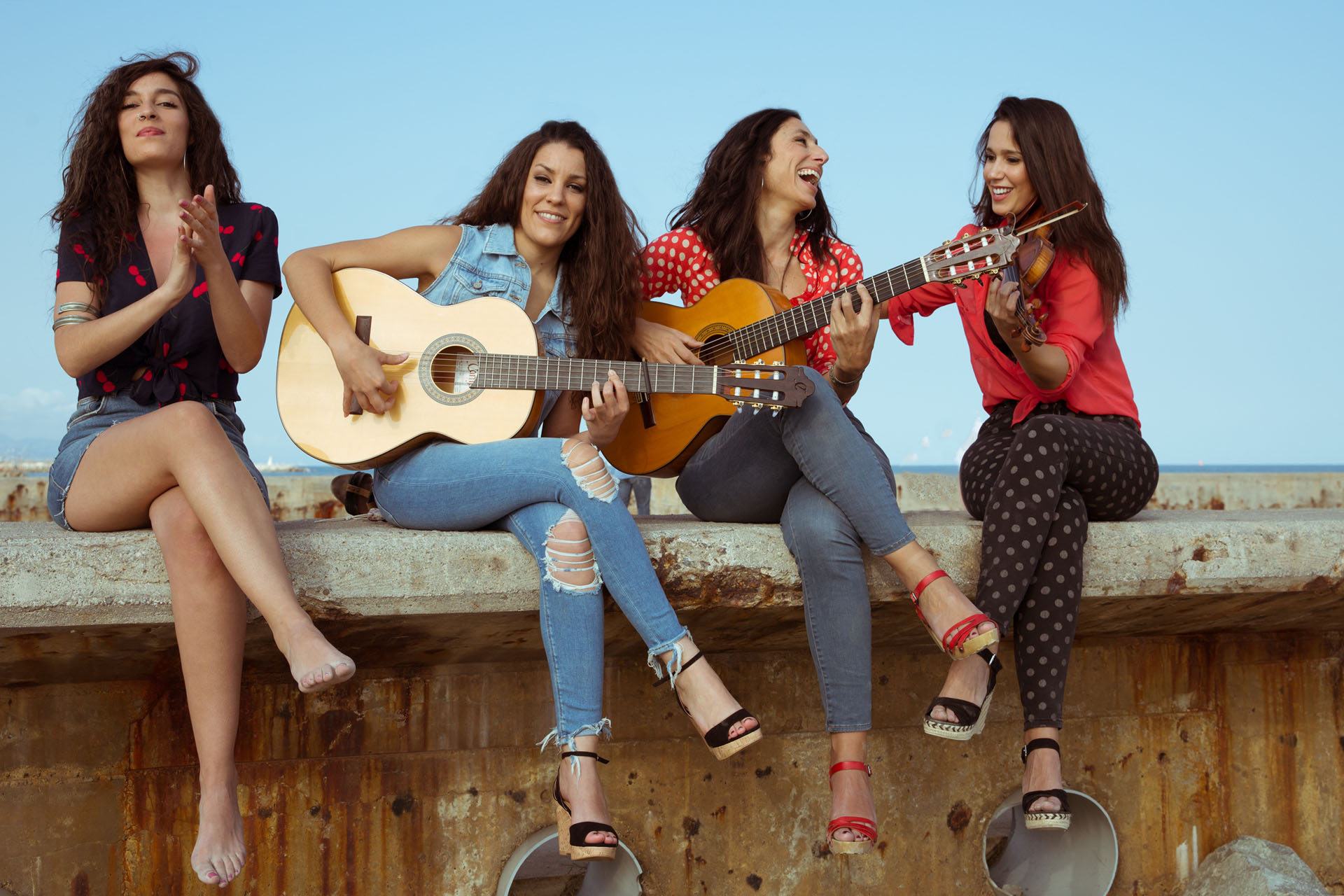 ‍The four women of Las Migas come from four different cities that span not only the geography of Spain but also its cultural diversity. They all came tothe group with one common passion: flamenco. You can hear it in the rhythms of the guitarists, the fluttering violin lines, and the raw power of the vocals.Carmona is also a gifted dancer.
Then the group started to evolve. Latin rhythms gave the music a happier, more upbeat sound. And a sensitive side began to emerge in beautiful balladsas Carmona expanded her emotional range, the violin lines grew more pensive, and the guitar arrangements turned more complex and intertwined. The dancealso became more interpretive and free-flowing. The new Las Migas style was established, and has thrived.
From the beginning, the Barcelona-based quartet has filled big theaters and performed in some of the most important world-music festivals. Their new musicis more luminous, with a strong Latin touch. Their style on stage, from their clothing and makeup to their staging, reflects a richness that enhances theimpact of the music.
Las Migas is formed by Bego Salazar (vocals), Marta Robles (guitar), Alicia Grillo (guitar) and Roser Loscos (violin).
After having been nominated for the Latin Grammy Awards 2017 with their latest album “Vente Conmigo” as the best Flamenco album, they begin 2018 with the new show “Érase una vez Las Migas”, prelude to what will be their fourth album, which is expected for the next winter.The 2018 tour will take them around Spain, Europe, USA and Mexico.
The band reconnects with its more flamenco roots incorporating Bego Salazar as her new vocalist, although always keeping that freshness and inimitablestyle that characterizes this Barcelonian quartet. The show is a journey through the most recognized and beloved songs of all their former albums, countingon the participation of their fans to elaborate a chosen repertoire, as well as some unpublished themes.

‍MUSICAL CAREER
The Migas began their career in 2004 when Marta Robles, Silvia Perez Cruz (until 2011) and Isabelle Laudenbach (until 2013), all of them students fromthe Escola Superior de Musica de Catalunya, decided to form a band and were very soon joined by Lisa Bause (until 2013). They had only just begun whenthey were already rewarded with the Instituto de Juventud (INJUVE) best Flamenco band award, which meant a qualitative leap forward in their career, leadingthem to play at different events such as the Tarantos, the Mercat de Musica Viva de Vic, the Flamenco Festival of Ciutat Vella, la Pedrera, and to tourseveral festivals in Italy, Holland, Hungary, Bulgaria, France and Tunisia.
They participated in the recording of the album La Marato 2007 of TV3 (the Catalan television) and in the composition of the original soundtrack of thetheatre play Unes veus, directed by Marta Angelat.
In 2010, their first own album entitled Reinas del matute was finally launched with Raul Refree as their producer and the collaboration of musicians suchas Raul Rodriguez and Javier Colina. The success of the album will lead the group to start a long tour around Spain and Europe.
At the end of July 2011, it was announced that Silvia Perez Cruz was leaving the group to focus on her own projects. Her last concert with the band tookplace at the Teatre Grec in Barcelona, after which Las Migas presented their new singer Alba Carmona, who had already worked doing choirs on the albumReinas del matute and who brought some fresh air and a somehow more flamenco style to the band.
At the beginning of 2012, the second album of the group titled Nosotras somos, recorded in the Manitu studios and produced by Raul Rodriguez, was released,initiating a tour around Catalonia, southern Spain and Madrid.
On February the 21st 2013, coinciding with the performance of Las Migas at the D’Cajón Festival in Barcelona, the group announced the departure of LisaBause, a member of Las Migas since its inception in 2004, revealing that Roser Loscos would be the new violinist. In December 2013, the Breton IsabelleLaudenbach also said goodbye to her collaboration with Las Migas and the Cordovan guitarist Alicia Grillo took over. At the beginning of 2014, they premieredthe tour of “Nosotras somos”, with themes from the former album with new arrangements and some songs selected from their next one.
In November 2016, they presented “Vente conmigo”, produced by Josemi Carmona, this being the first album where Marta Robles, the guitarist Alicia Grillo,the violinist Roser Loscos and the singer Alba Carmona worked together. Most of the songs are their own compositions, many by Marta Robles, and with thecollaboration of Miguel Poveda, featured as guest vocalist in one of them. It was with this album that they were nominated for the Latin Grammy Awards2017 as the best Flamenco album.
In 2018, Alba Carmona has been replaced by Bego Salazar as the band’s new voice. 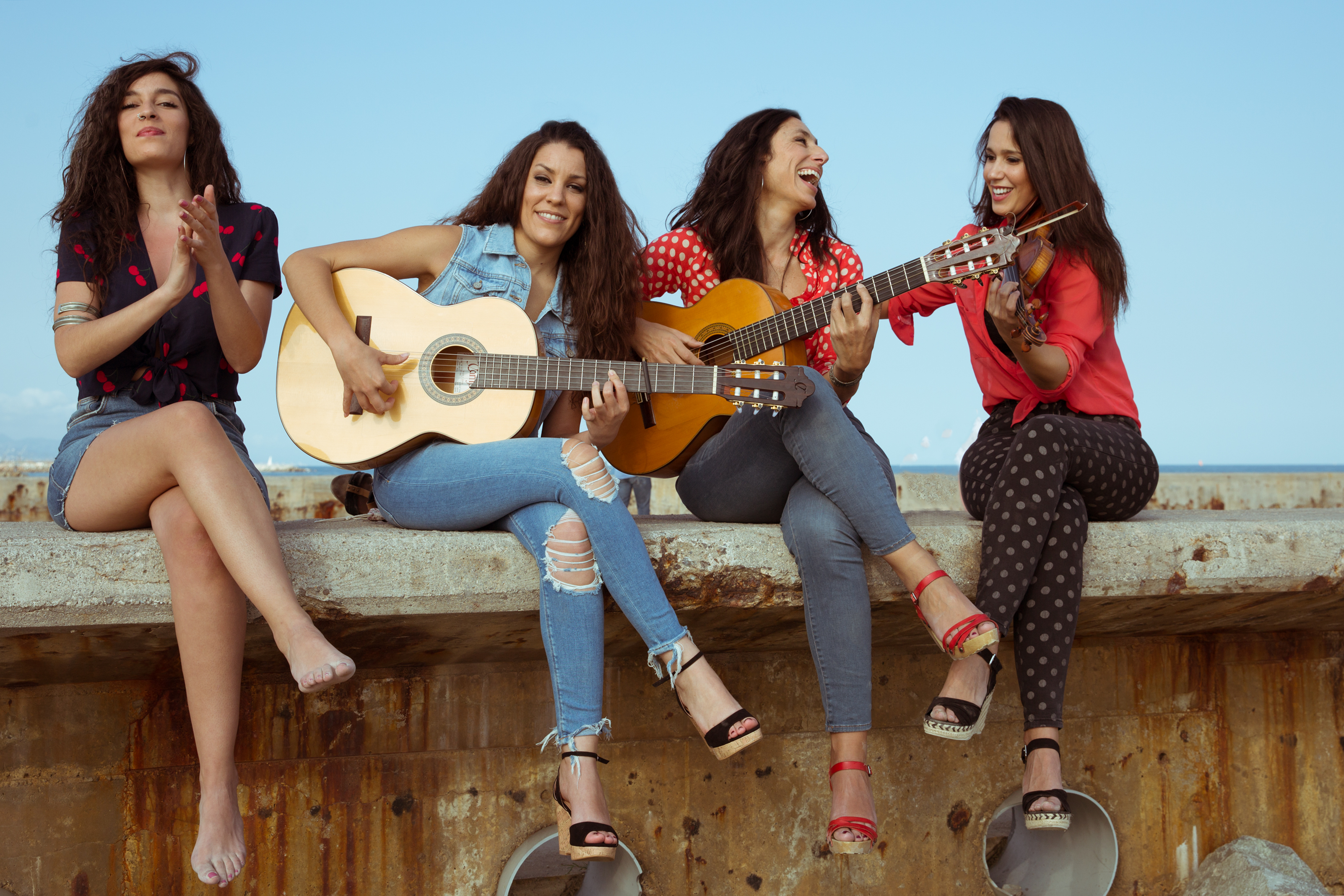 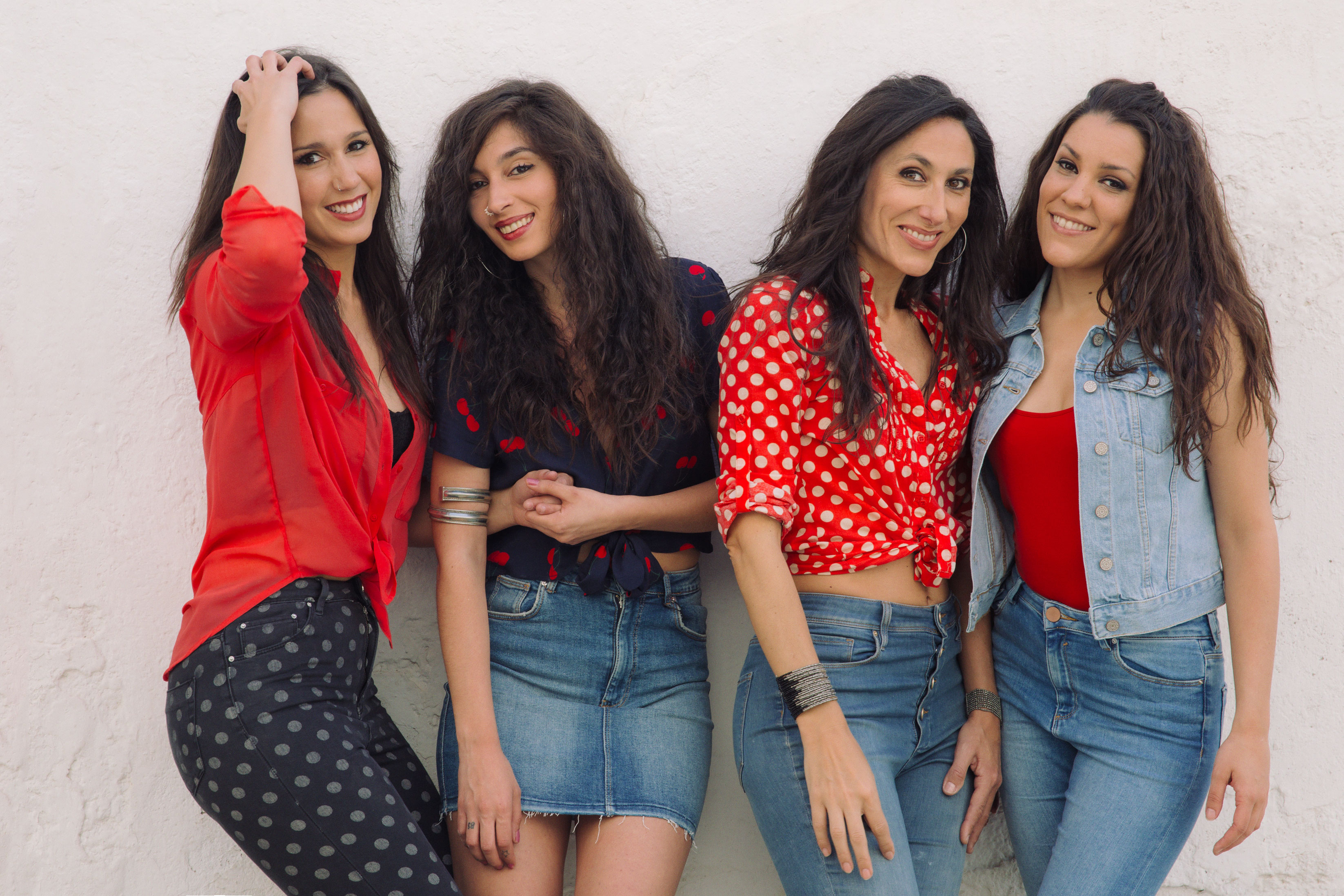 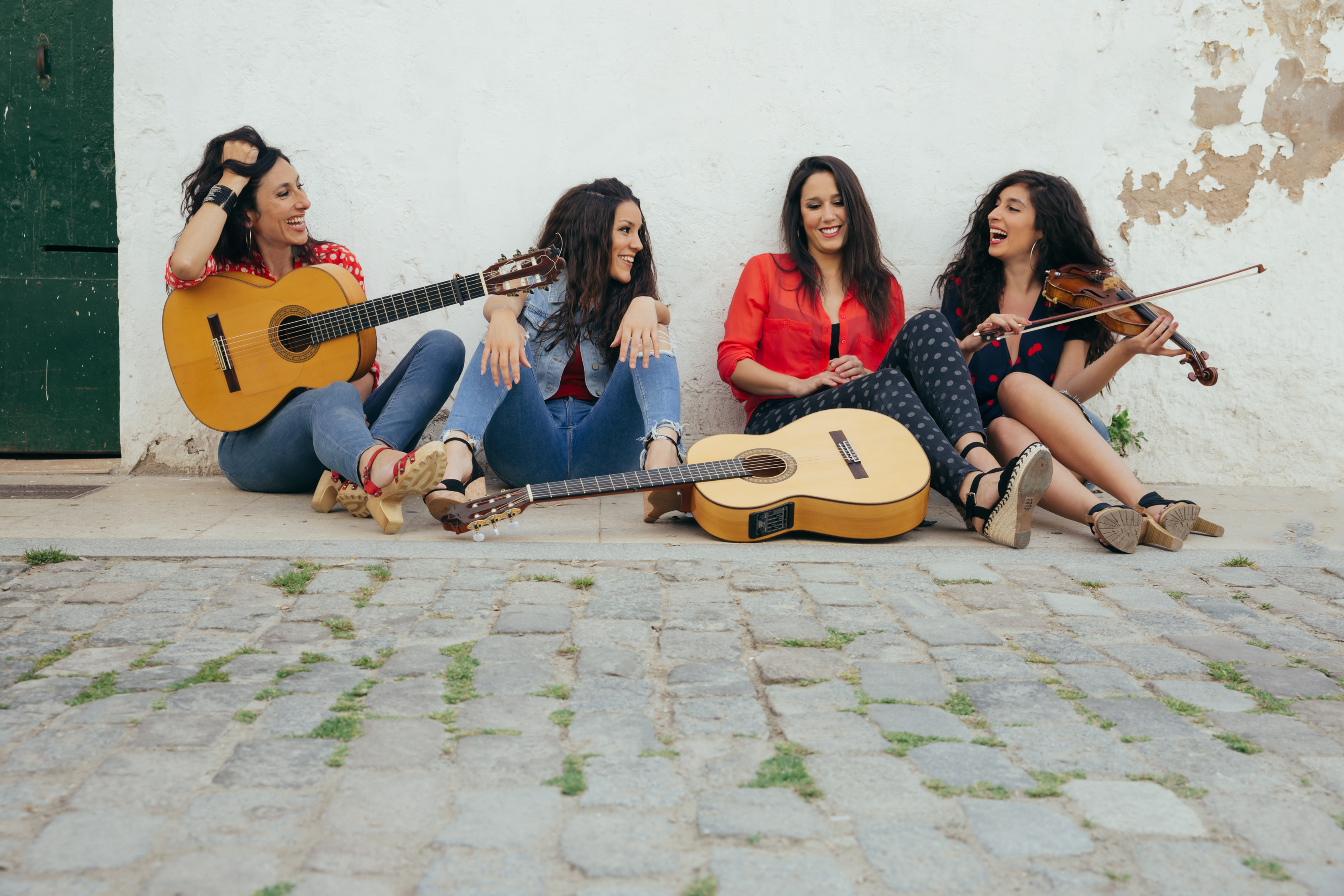 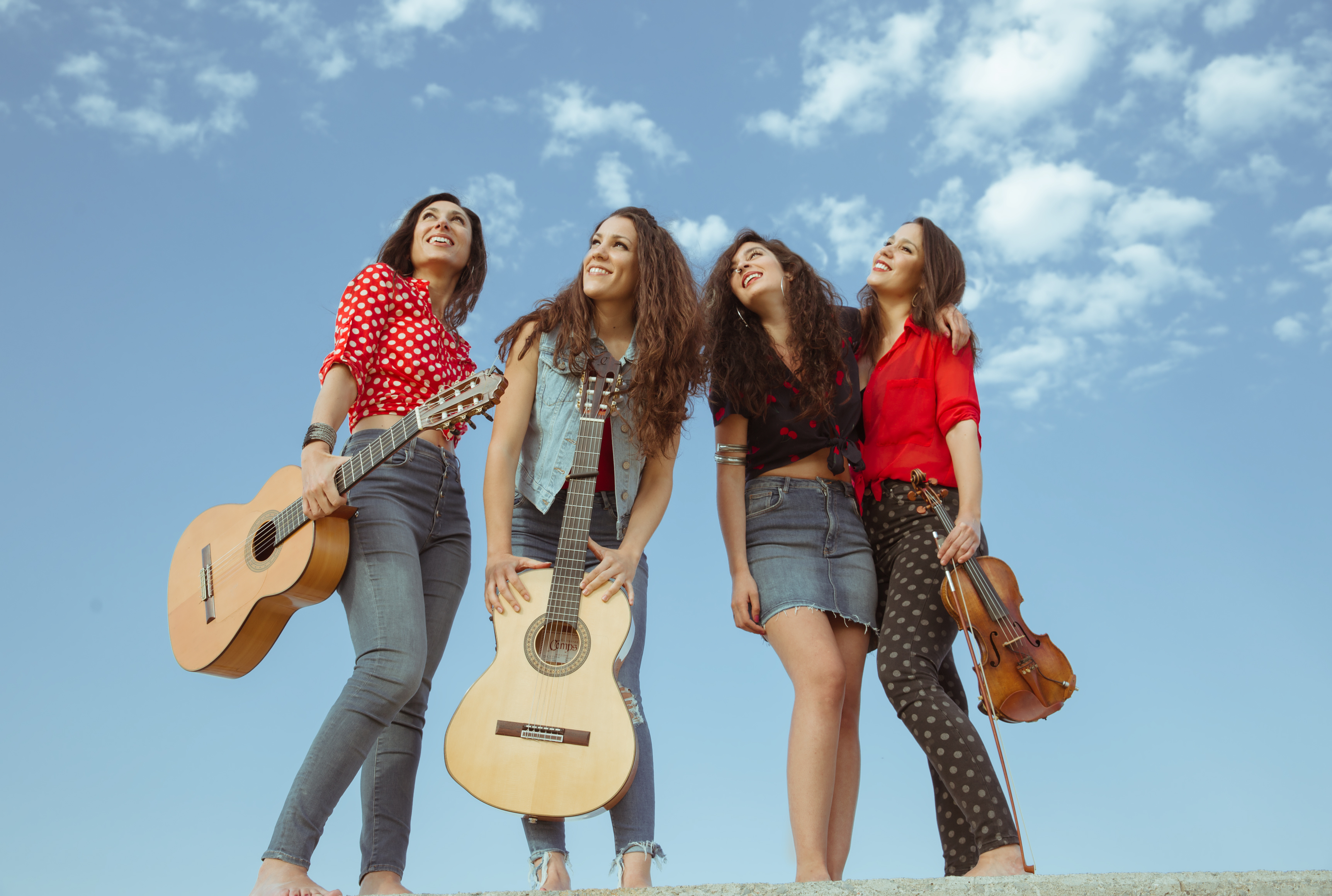