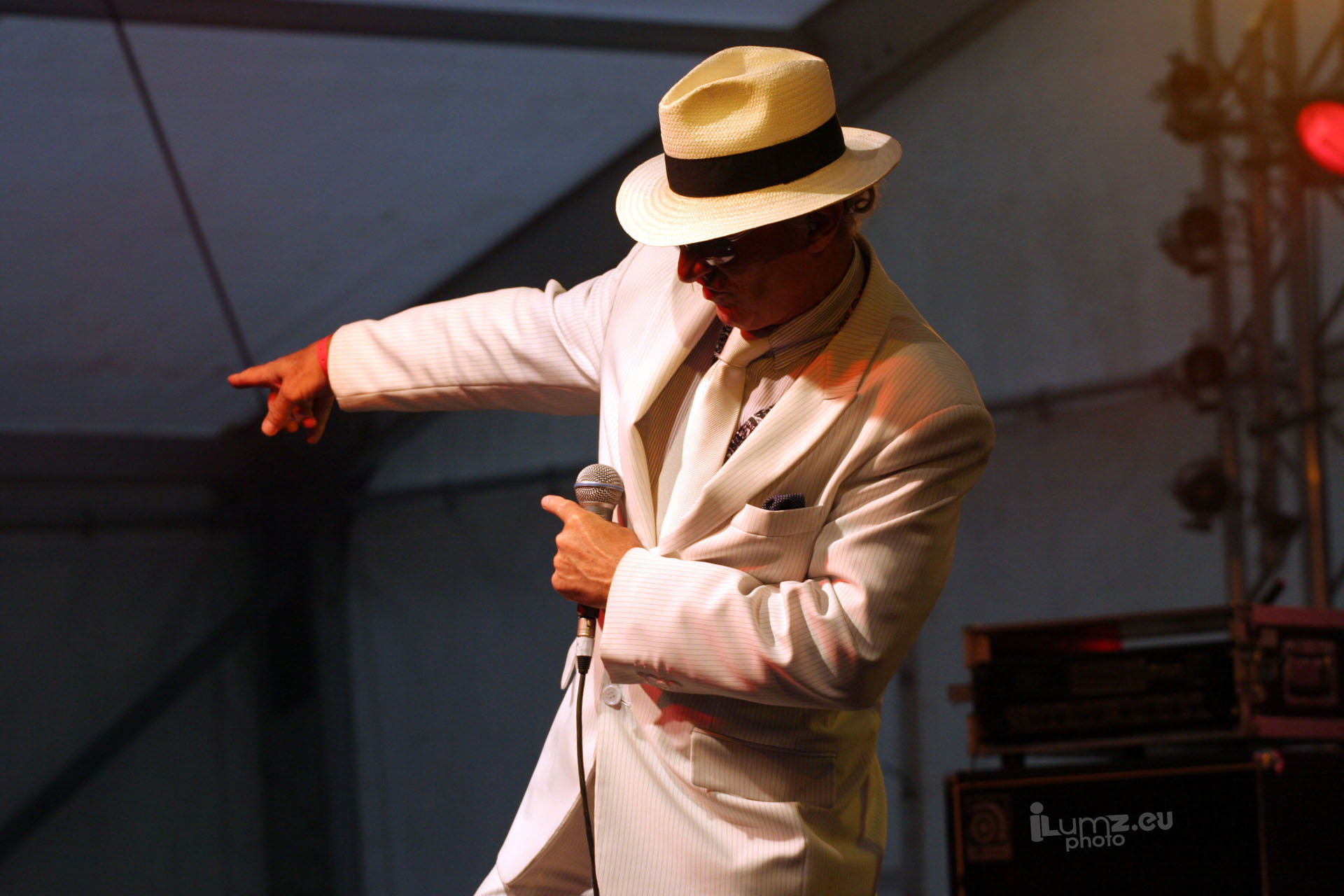 in general Louie Austen is available in 6 different lineups:

‍ programme: approx. 60 - 75 minuten ( depending on the lineup up to 120 minutes), extra DJset up to 2 hours
style: his contemporary dance/house programm ( Kleinrecords / Kitty-Yo / Tirk albums) or ratpack – classics ( F.Sinatra, Dean Martin, and Swing) or any combination of these 2 styles.

For special events usually a lineup which plays classic coverversions and his own house/dance/pop compositions is best as he can entertain older folks with the Classics and the „youth“ with his modern songs within the same evening.

‍ "The smoothest voice on the Eastern side of the Pond, and quite the fashion statement too if I do say so myself." FREDDIE DEJESUS

“Lounge wizard Louie Austen resembles nothing less than your devilishly dashing bachelor uncle. His English is straight out of a Sinatra comedy and hisconversation is littered with `50s showbiz expressions.” DAZED & CONFUSED

„Louie Austen manages to sustain the element of class that the rat-pack possessed whilst adding an extra spark of modern originality.“ CHIC TODAY

„This guy is the perfect mix between Sinatra, Barry White and Leonard Cohen on steroids!!“
Fan comment

"Hail the birth of Croonwave! Enjoyed best with a great deal of alcohol, a mirror ball, many (drunk) friends, and ladies...you'll want to pack an extrapair of panties to throw on stage. Yeah, Louie's that hot. Just ask Peaches." PROPERLYCHILLED

Louie Austen has been around for longer than you may realise. Over 10 years earlier, Louie has leaped from thriving as an enigmatic night club croonerto one of the most exhilarating performers electronic music has to offer and this being in his 60ies!

„Art must be a matter of life and death – otherwise it’s not art“ is Louie´s sincere conviction. Just like "I´ll never retire, I´ll probably die on stagebut I don´t give a fuck!" One thing the Viennese Electro-crooner doesn’t go for is doing things by half. Whatever he does is done with his fullest commitment– and often regardless of the consequences. Admittedly, this reckless attitude has gotten him into serious trouble time and again. And yet it also madehim what he is today: a man who finds himself an upcoming and sought-after artist whose career hasn’t yet reached its climax.

Part of Louie Austen’s appeal lies in the fact that he has not entirely discarded the entertainer in this metamorphosis. He brought many things alongfor the ride, and his know-how of how to entertain with verve and how to put on a great show, his charm and charisma, the style & vocabulary of theurbane entertainer he had cultivated so long serve him equally well in the electronic underground. He is a mediator who mixes various genres, some of whichwere previously regarded as incompatible. For several years now he has managed to resolve alleged contradictions and break down prejudices – jazz and dancebeats, advanced age and youth culture, smart style and underground. “In a way I stand for a kind of reconciliation“, he describes his unique position,“a bridge between old and new or between young and old.“

And indeed, Louie Austen does have a talent for bridging differences, which makes his role in the music business all the more important. And that’s notall – Louie even has the ability to dispel existential angst. “Now that I’ve seen you“, so many young people tell him after a show, “I’m no longer afraidof growing old.“ It’s hard to think of a better compliment.

But how did it all get started? Louie´s still astonished about the formidable status he´s achived, in a scene whose very existence he had not even beenaware of ten years ago.
Time for a flashback: In 1999, the bustling Viennese Electro scene gives birth to a new and surprising idea. A Viennese electronic producer contrastshis experimental electronic tracks with Louie Austen’s velvety voice. He had run into the classic jazz crooner in a studio and immediately proposed a collaboration.

Austen, then 53 years old, had already led an eventful life in various parts of the world and could look back on an equally eventful performing career.After immigrating to South Africa and Australia he had performed in clubs and on stages in New York, Pittsburgh and Las Vegas during the 70s. After hisreturn to Vienna, the crooner entertained the guests at the Klimt-Bar of the Vienna Hilton before he took over the entire entertainment for the MarriottHotel. A safe job and well paid, too. Additionally, Austen wrote and produced shows like “Viva Las Vegas“ or “American Superstars“, played parts in severalmovies and toured both Europe and the USA with show programmes.

Yet Austen is intrigued by the electronic beats and sounds of the young generation. When the first album “Consequences“ (1999) is well received in theclub scene and the first concerts
turn out promising, Louie makes a courageous decision. “I decided there and then to resign from all other jobs and to completely dedicate myself to thisnew project for a period of two years“, he recalls. “I reflected that, if I’d find myself in the street after those two years, I’d have to go back to myold jobs. But I wanted to try out this new direction under all circumstances – I simply had to.“

It was a decision that was true to the nature of a man who sees himself as always searching and filled with a childlike curiosity. Who is always readyto accept new challenges and gladly accepts the fact that not all of them can pay off. But Austen simply abhors routines and artistic stagnation. “To trysomething new every single day – that’s what keeps me alert and on the ball, young and active.“

Naturally Austen wasn’t prepared to terminate the experiment after two years. Instead he collaborated with Viennese electronics pioneers on two more albums,“Only Tonight“ (2001) and “Easy Love“ (2003). Austen appreciates that his involvement with electronic music was a stroke of luck for him. “A very specialphase of my career began when I was 53“, he gratefully acknowledges, “from which my life has enormously benefited over the last years, since I can performmy own songs and find an audience for them.”

His new music allows Austen a transformation from a pure entertainer, who assumes the roles of those he pays tribute to, into an artist in his own right,no less. “I’m quite grateful for having followed my instincts back then, despite the fact that some of my friends tried to dissuade me“, he says retrospectively.

There’s a hell of a lot going on in the life of Louie: Early 2007 he even founded his own label LA Music – Louie Austen Music – which has first givenbirth to the "Summer Love EP” record & the "(Dreams Are My) Reality" Richard Sanderson cover feat. Senor Coconut & His Orchestra. In the summerof 2008 also a coop with Commercial Breakup from Berlin, former keys-man of Blumfeld as on the “Too Good To Last EP”. With the cool cats of Senor CoconutLouie´s been touring on their “Around The World” tour and was featured on their album by the same name.

2009 Louie came up with a love confession to Amy Winehouse – the Parov Stelar production “My Amy EP” released on Stelar´s label Etage Noir. The guys ofTjumy / Whare did a couple of remixes of Louie´s “Coconut Girl” which got released on a remix EP, with “Take Your Time” Louie recorded a duet with Polishsinger and actress Ada Fijal. Also he was on board for the remix cruise of Australia´s Bag Raiders for their “Turbo Love Remixes” and he crooned over “DeepTime Thunderstorm” by Kontor´s Coco Fay.

June 2010 marked the release of the new Phonique album “Kissing Strangers” on Dessous with Louie delivering the vocals for the highly romantic “EndlessLove” & the new Rodion EP “Rodion Forever” on Gomma featuring Louie on a cover of Bruno Martino´s 50s classic song beauty “Estate”. In Winter 2010Remute unleashed the socialcritic "Der Gute Mensch EP" with Louie lamenting in German on what it takes to be a good human being in the rotten society.

September 2010 foresaw Louie´s single-omen (“Paris / Make Your Move Remixes”) for the longawaited album follow-up to 2006`s “Iguana”: Yes, in late October2010 the new studio album of Louie got released on his own label LA MUSIC and it´s no ordinary album but a double album – album & remixalbum 2CD digipackgoodness by the name of “Last Man Crooning / Electrotaining You!” And shortly before Xmas the second single ("I Wander / Now Or Never Remixes") was published.Excitement excitement!

2011 Louie´ll appear on a new Eric D´Clark EP and on the upcoming Maertini Broes. album "Moved By Mountains", also new Sozi-House goodness with Remuteon its way. Of course that´s way not all - other numerous muzical coops are planned to avoid boredom in the Austen stables. And btw. your man is doinghis very best to represent Austria in May 2011´s Eurovision Sogcontest!

Alas Louie´s not only involved in music, he likes the moving images and fine art of theatre, too – at the Viennese "Burgtheater" he had a part in an adaptionof Johann Nestroy's play "Höllenangst" which even was taken back into programme Summer 2009 as it´s been so popular with people. Also he´s got his fingersin the film bizness - "The Counterfeiters / Die Fälscher" of Stefan Ruzowitzky got an OSCAR for best foreign movie and includes a cameo of Louie as a casinogambler. Louie also appeared as Karl in the Austrian short movie „Lounge“, an hommage to the film noir movies of the 1940s directed by Armin Bointner ofProgressive Pictures.

‍“What a Comeback !” - 2012
after five albums Louie is bringing new notes into play, the first forerunner being the recently released „Never & Ever EP“. After great deeds andyears with Patrick Pulsinger and Mario Neugebauer (Cheap Records), an excursion to the major Universal in Berlin, intense cooperation with the Vienneseindie label Klein Records, collaborations with mit Senór Coconut, Phonique, Friction, Christopher Just, Vredeber Albrecht and Parov Stelar as well as tentativesteps with his own label LA Music („Last Man Crooning/Eletrotaining you), Louie and his executive producer Wolfgang Mitter now decided to bank on the cooperationwith monkey. On the superb producer-duo Joyce Muniz & Markus Dohelsky. And on remixers such as Richard Dorfmeister or Robosonic from Berlin.
The result is an album that confidently and in a relaxed way dances into the realms of Deep & Minimal House. And that already gained increased attention- from Beatport, Deezer and Traxsource (the „Never & Ever EP“ found its place on the „Deep Essential 20“ on the latter) to FM4 and lounge.fm. Whata comeback! Of course this announcement is a sportsmanlike, boundary transcending one. How far Mr. Luef will go this time is indicated in hits such as„Tweedy Tweedy“ – and it goes all the way to a – in every sense of the word – moving coverversion of „Love Machine“ (in memory of „Supermax“ Kurt Hauenstein).Richard Dorfmeister’s outstanding remix of „Leanne“ concludes the comeback album in a worthy and room filling way. But judge for yourself. We are saying:stay tuned, but don’t stay off the dancefloor.
The album is released November 30th, 2012 on monkey./Rough Trade. Presented live December 28th at Volkstheater Wien, „Rote Bar“ starring Joyce Muniz andRobosonic on decks.
On top of this all Mr. Austen is of course regularly swooning and crooning in clubs worldwide & has a weekly residence at the Cascade Bar of the Marriotthotel in Vienna by the name of “Louie´s Saturday” with various programmes, including Best of Ratpack songs. Every Saturday there except for the summerbreak in July, August & September is a Louie´s Saturday. Drop by, have a drink! 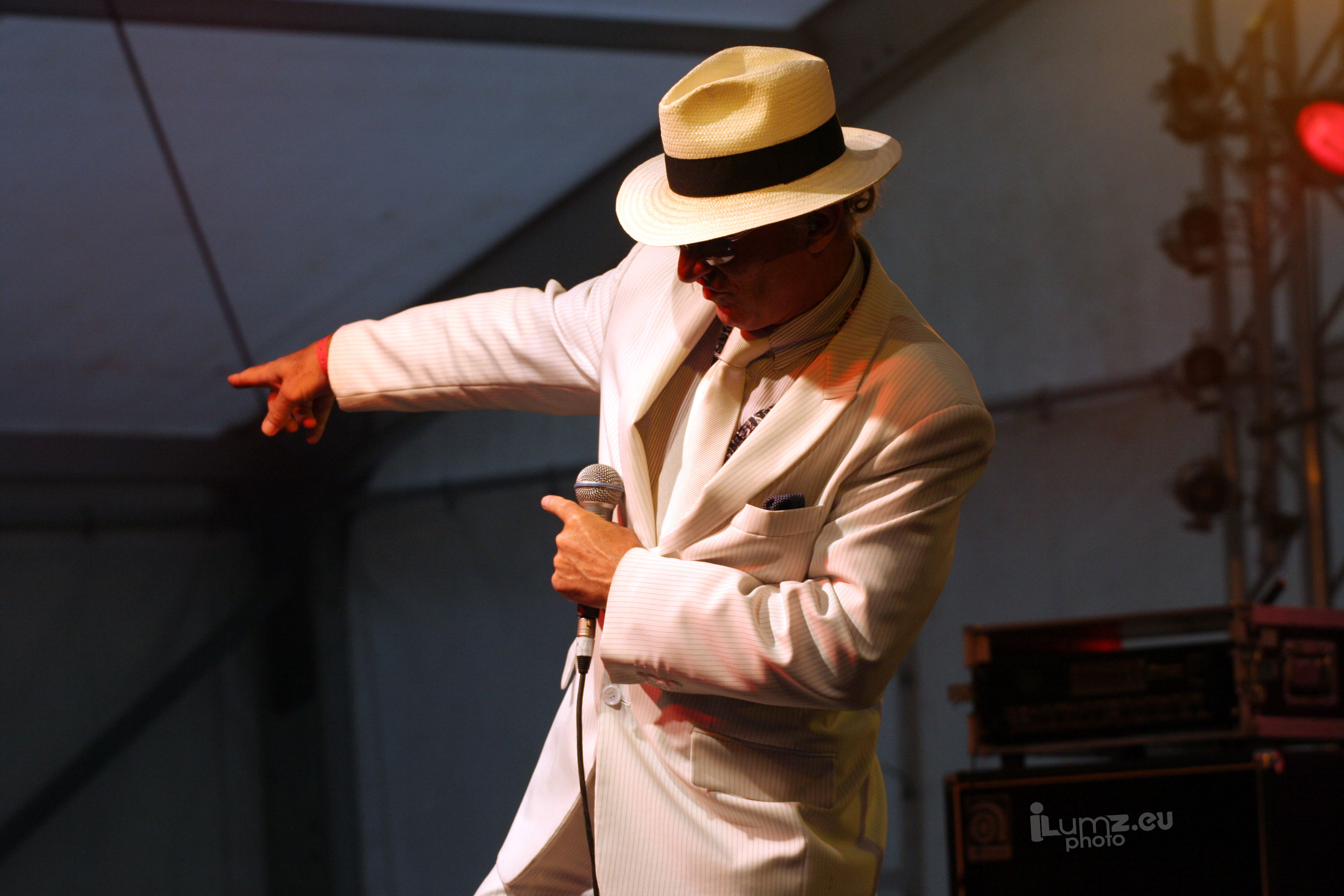 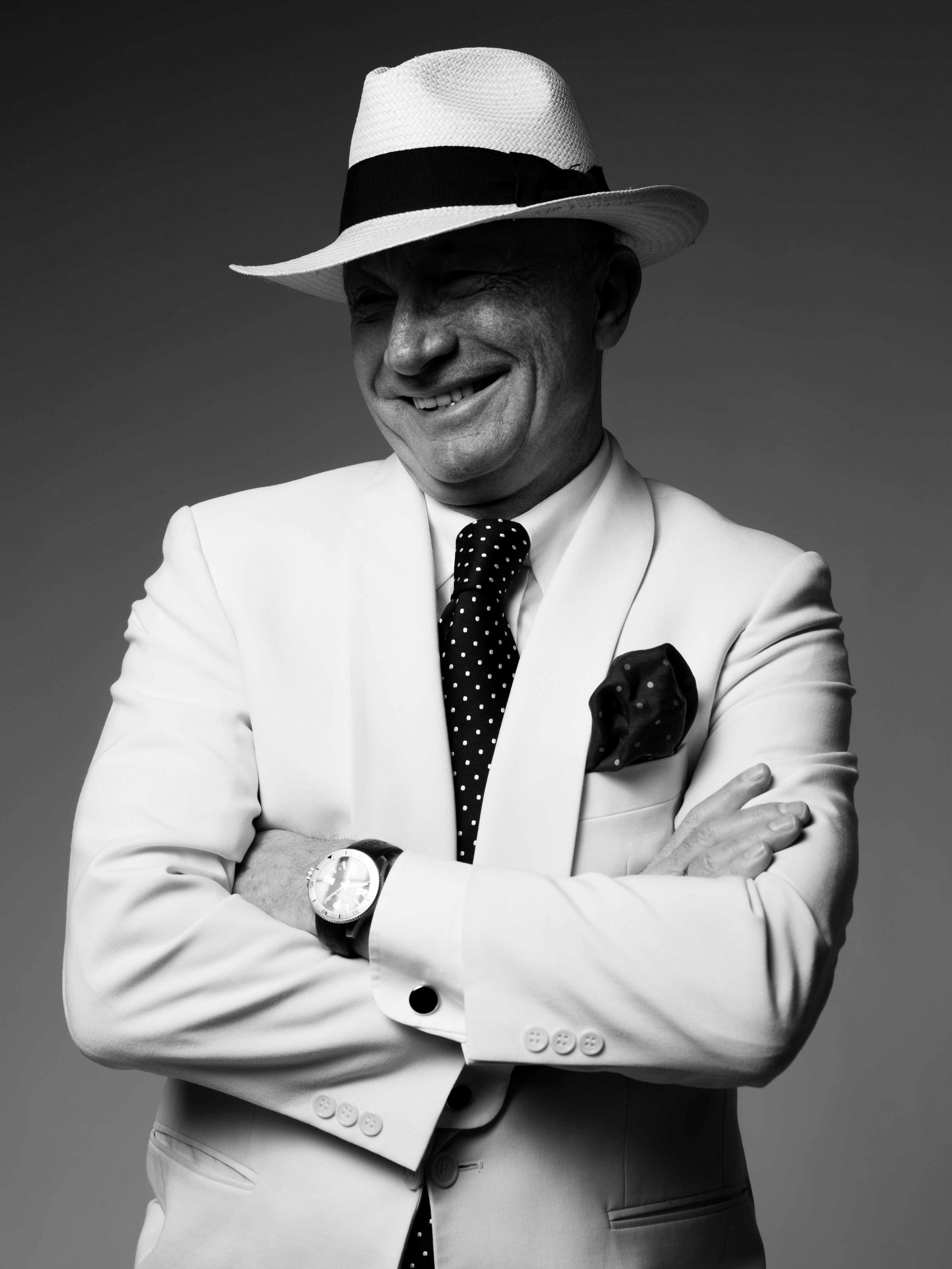 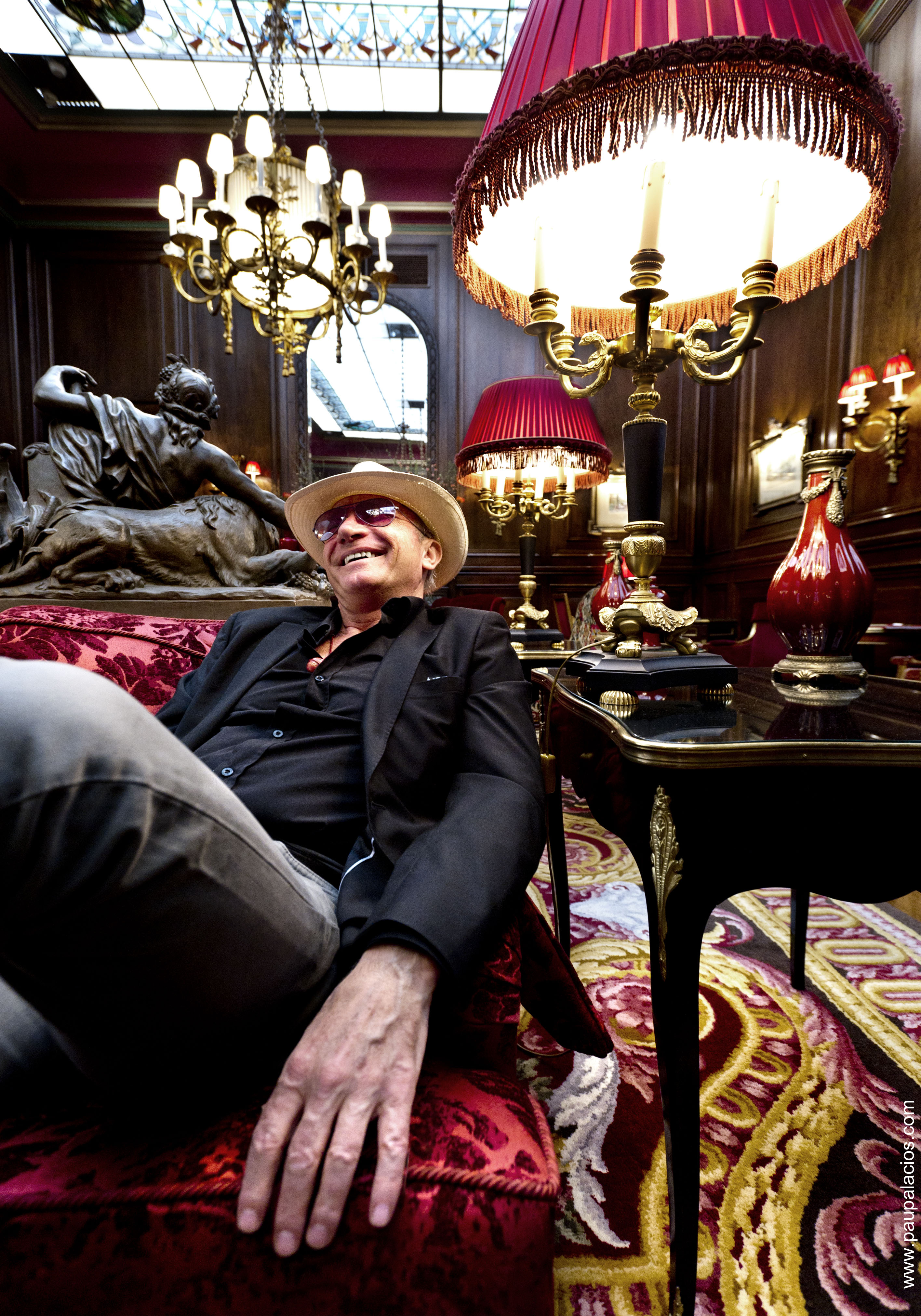 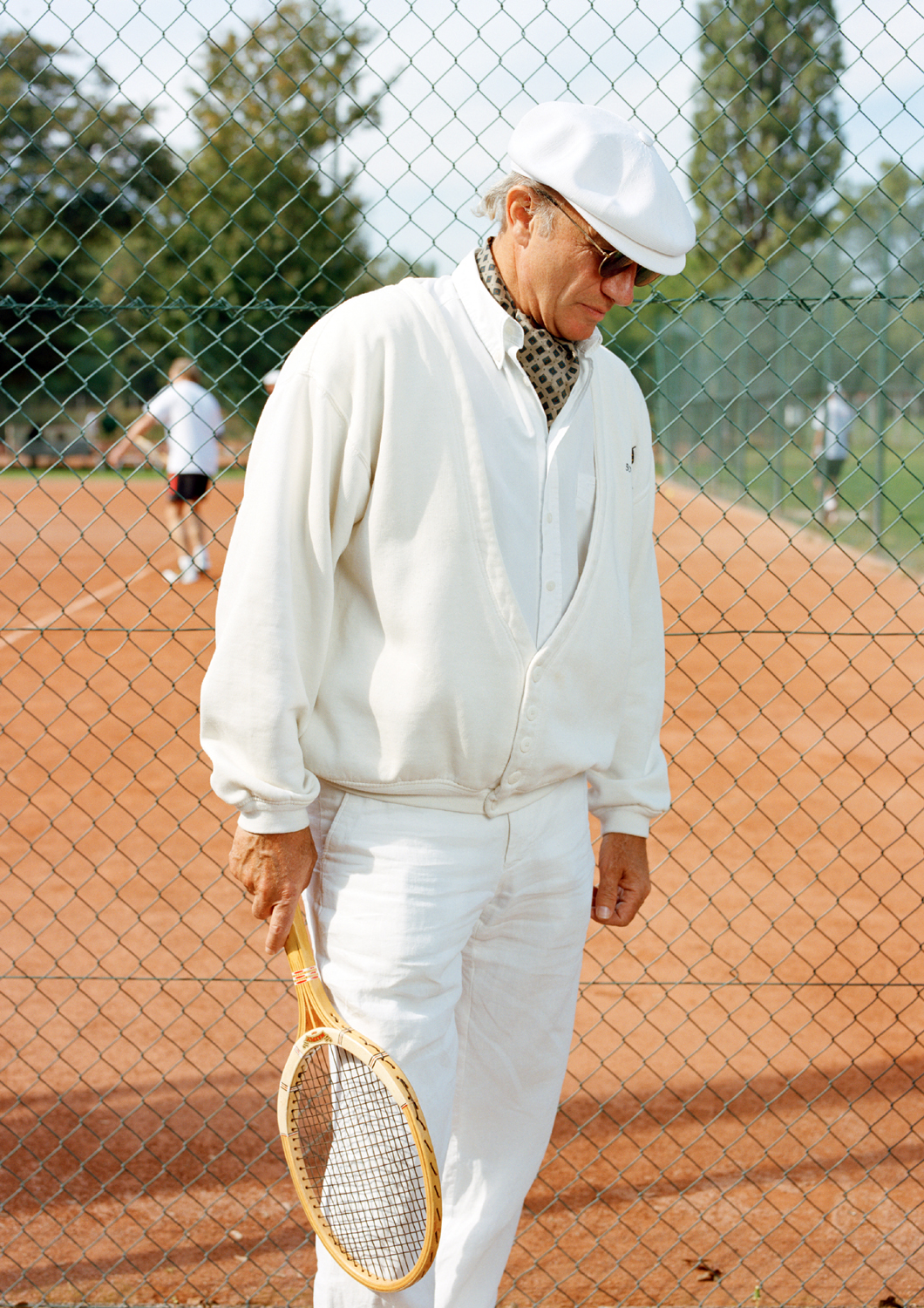 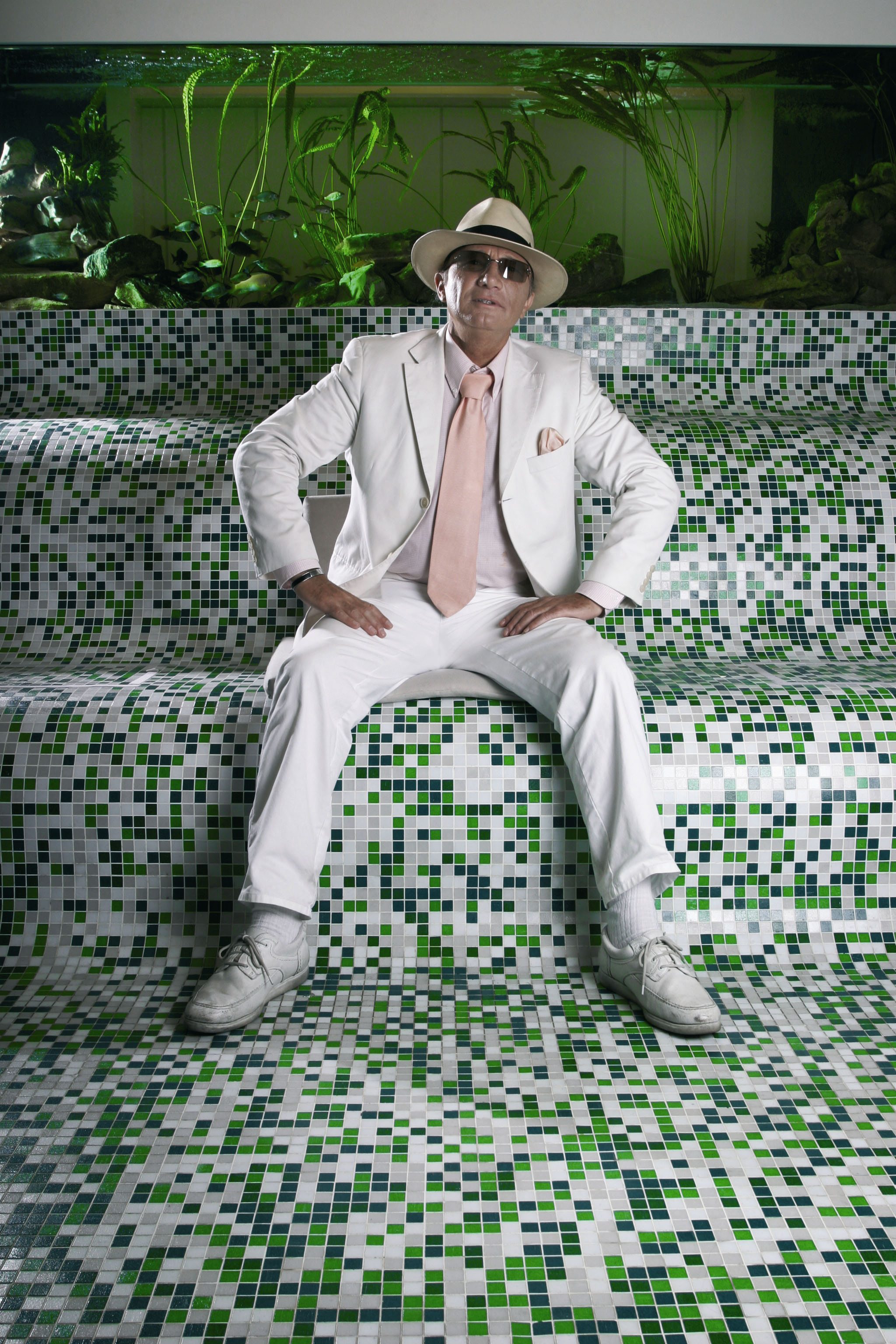 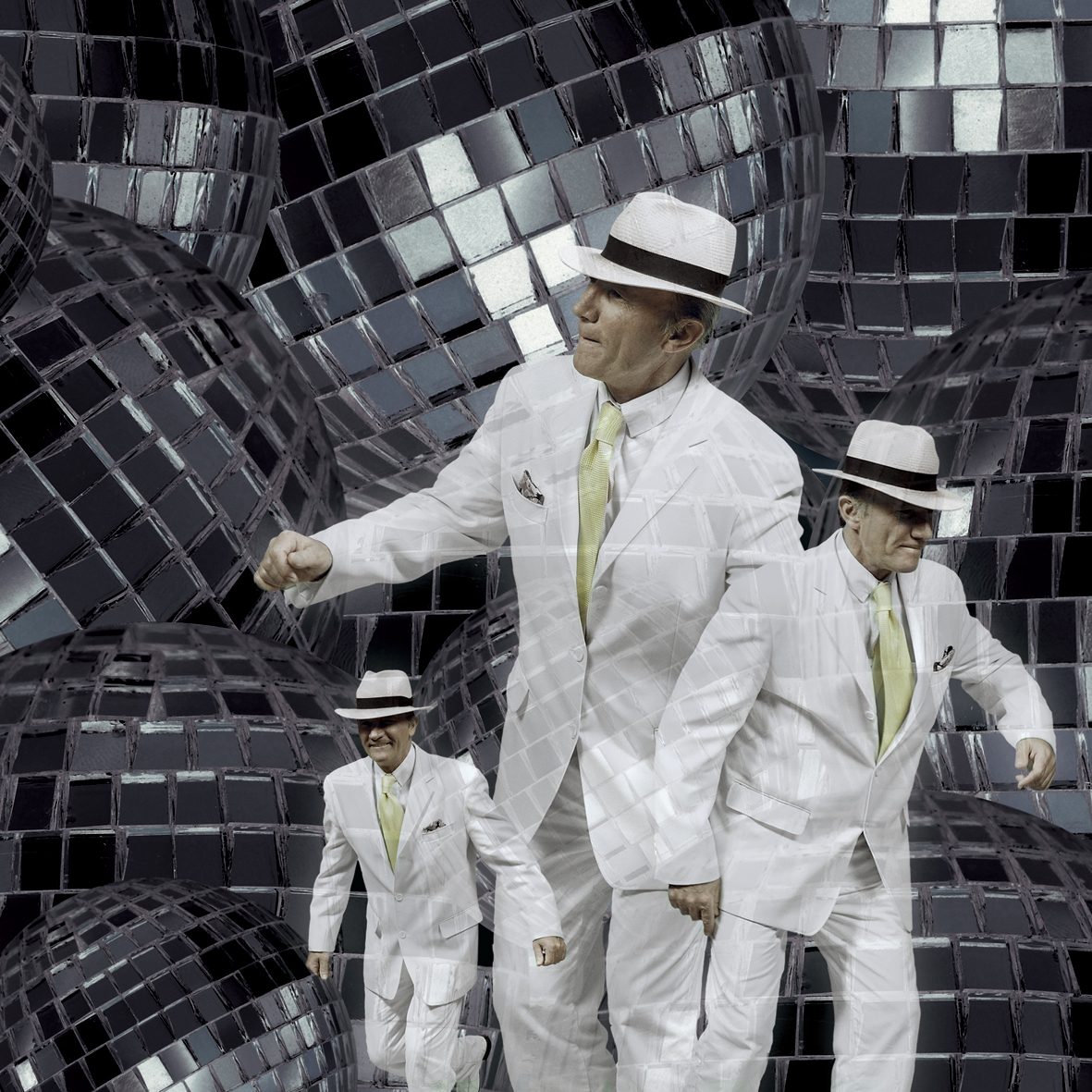 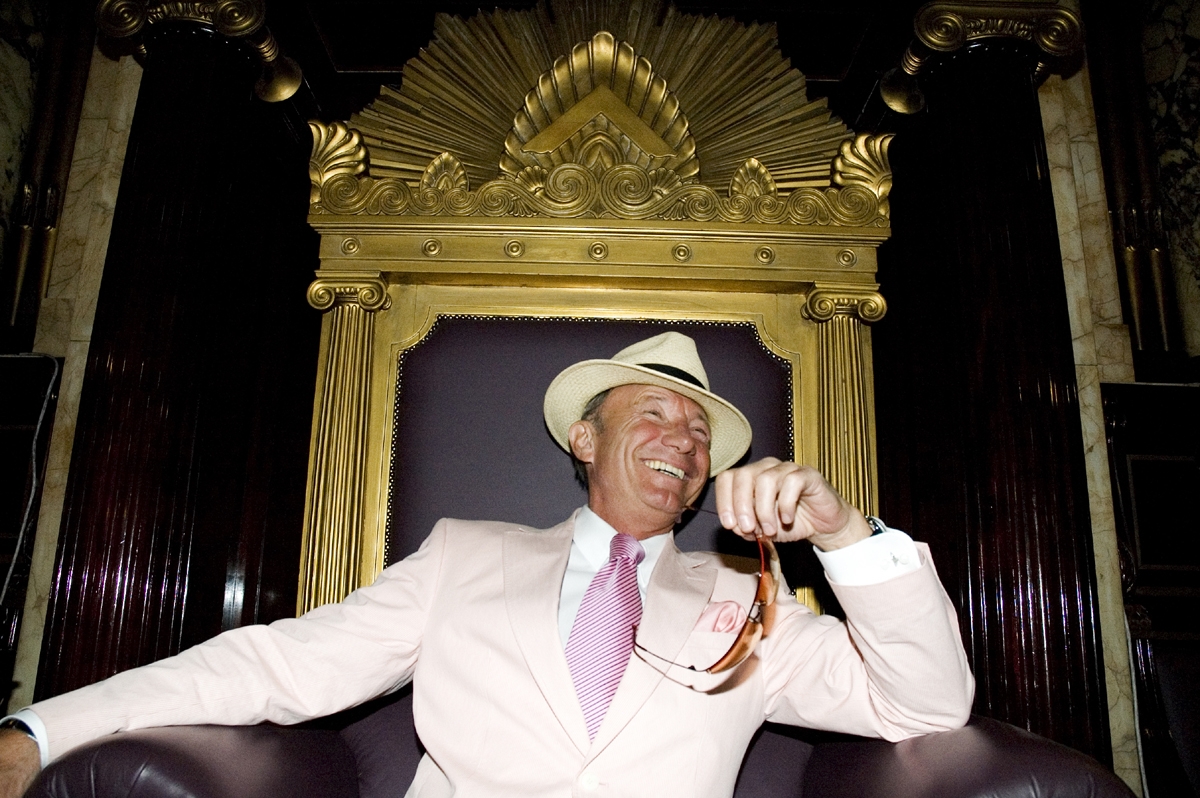 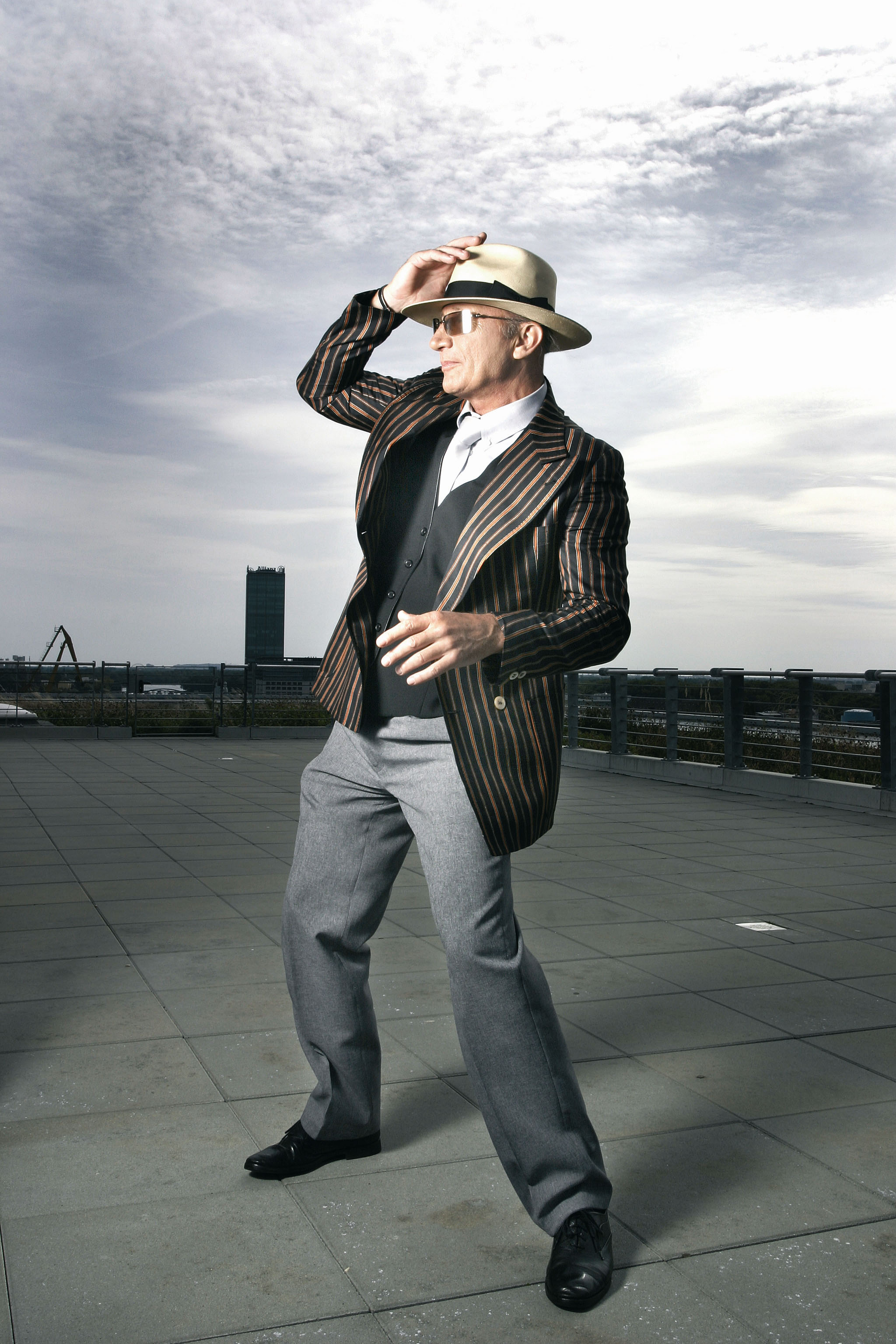 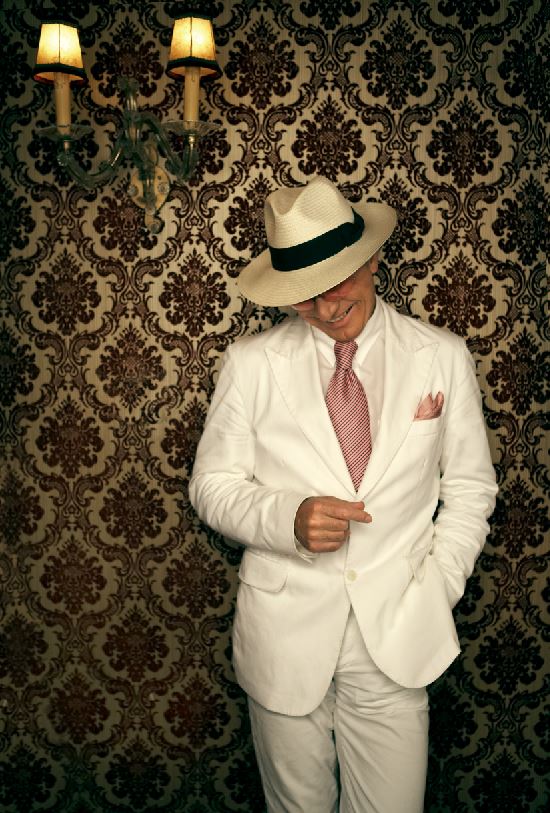