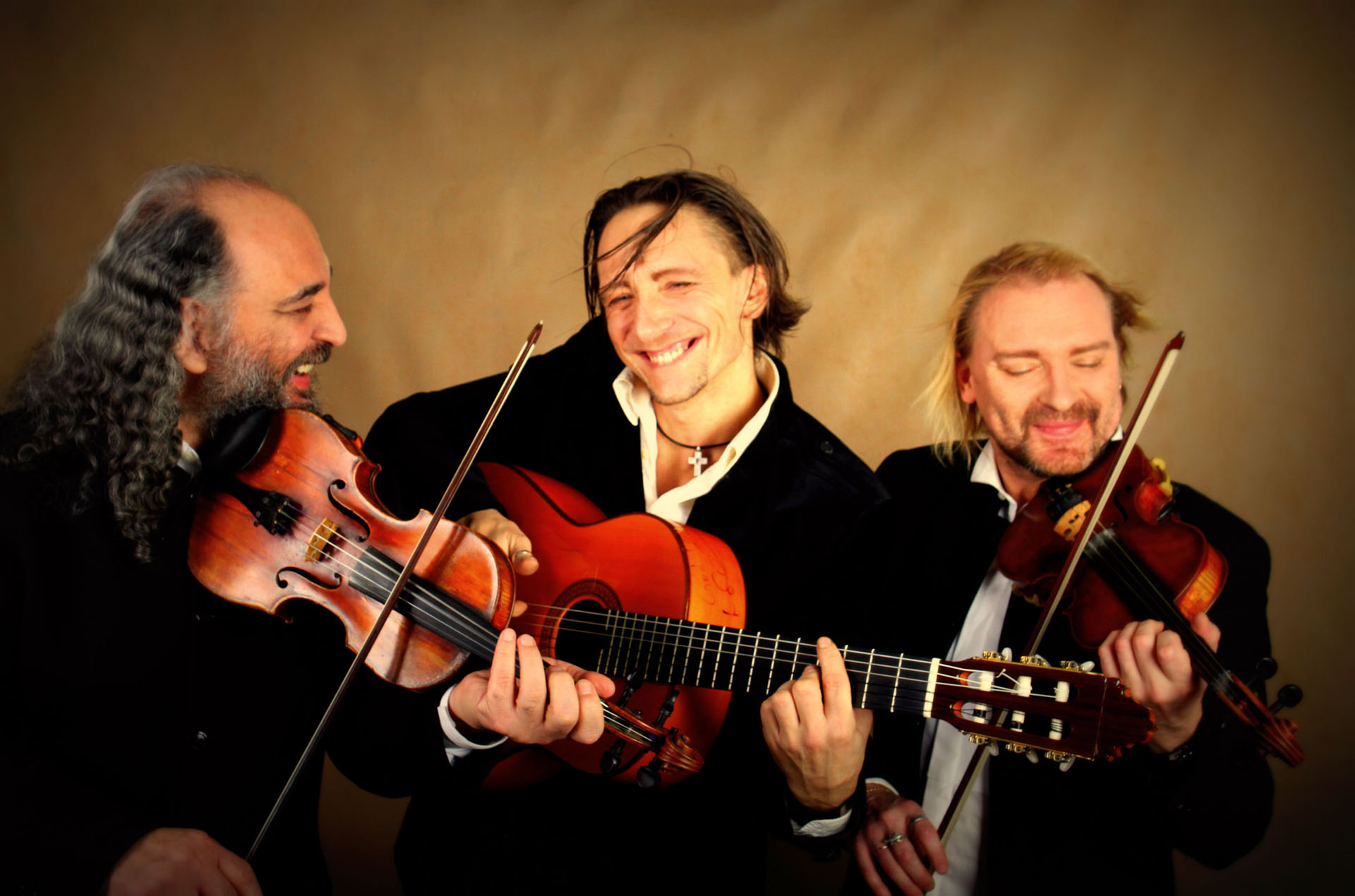 Every nation has its legendary heroes: three bogatyrs, three musketeers … And of course the Gypsies have them, too – the trio “Loyko”, three comrades living and playing in our times.
The trio consists of violinists Sergey Erdenko and Artur Gorbenko and the guitarist Michael Savichev.
Role model and eponym was Loyko Sobar, the legendary 18th century violin virtuoso, whom many compared with Paganini.
As the worldwide most renowned and most successful Russian Roma trio, Loyko enchants its audience with its soulful Gypsy music. Side by side with star violinist and founder Sergey Erdenko, Artur Gorbenko and Michael Savichev make the strings of their violins and guitars merge in magical arrangements, thus nourishing the cliché of the “devil’s violinist” in their very own unmistakable way: with plenty of folkloristic sentimentality, breathtaking virtuosity and rousing verve, the trio holds its audience spellbound.
While Russian Roma music has always remained the basis of the ensemble’s artistic work, Loyko’s musical spectrum has continuously expanded in sound and style through encounters with Celtic music and traditional Rumanian and Hungarian music. Last but not least, it was further enriched by the musicians’ involvement with classical music and even flamenco.
Lyoko turned into some sort of “musical laboratory” that has performed thousands of concerts on some of the biggest and most prestigious stages allover the world, where it dedicated itself not only to traditionally-oriented folk music, but also delighted enthusiasts of jazz and classical music with its tunes.
Famous stars like Yehudi Menuhin and Gidon Kremer invited Loyko repeatedly to their concert programs and festivals. Furthermore, the ensemble has been quite successful with studio projects. Thus it did, for instance, some recordings in Ireland with Ronnie Wood (Rolling Stones) for his album “Slide on”. And in André Heller’s circus show „Magneten“ it enthused the audience in over 200 concerts.

Biography
Sergey Erdenko was born in East Siberia and began playing the violin at age 5. In 2006 he received an award for ranking among the top five Roma musicians (Rome Opre). Michael Savichev first studied classical guitar and later Flamenco with the best Spanish musicians in Sevilla and Córdoba. Artur Gorbenko studied the violin and later as well Gypsy music at the Leningrad Conservatory, where he became concertmaster. Since its founding in London by Sergey Erdenko in 1990, the trio Loyko has released over ten CD’s and DVD’s.
“The most interesting is born out of encounters with different cultures, when rhythms, styles, manners, intonations all get mixed. When they get into your heart, and then become an integral part of it, then something new is born, which is the essence of live music born on the road. It’s my dream to make “Loyko’s” music the universal art uniting different genres and cultures”. Sergey Erdenko 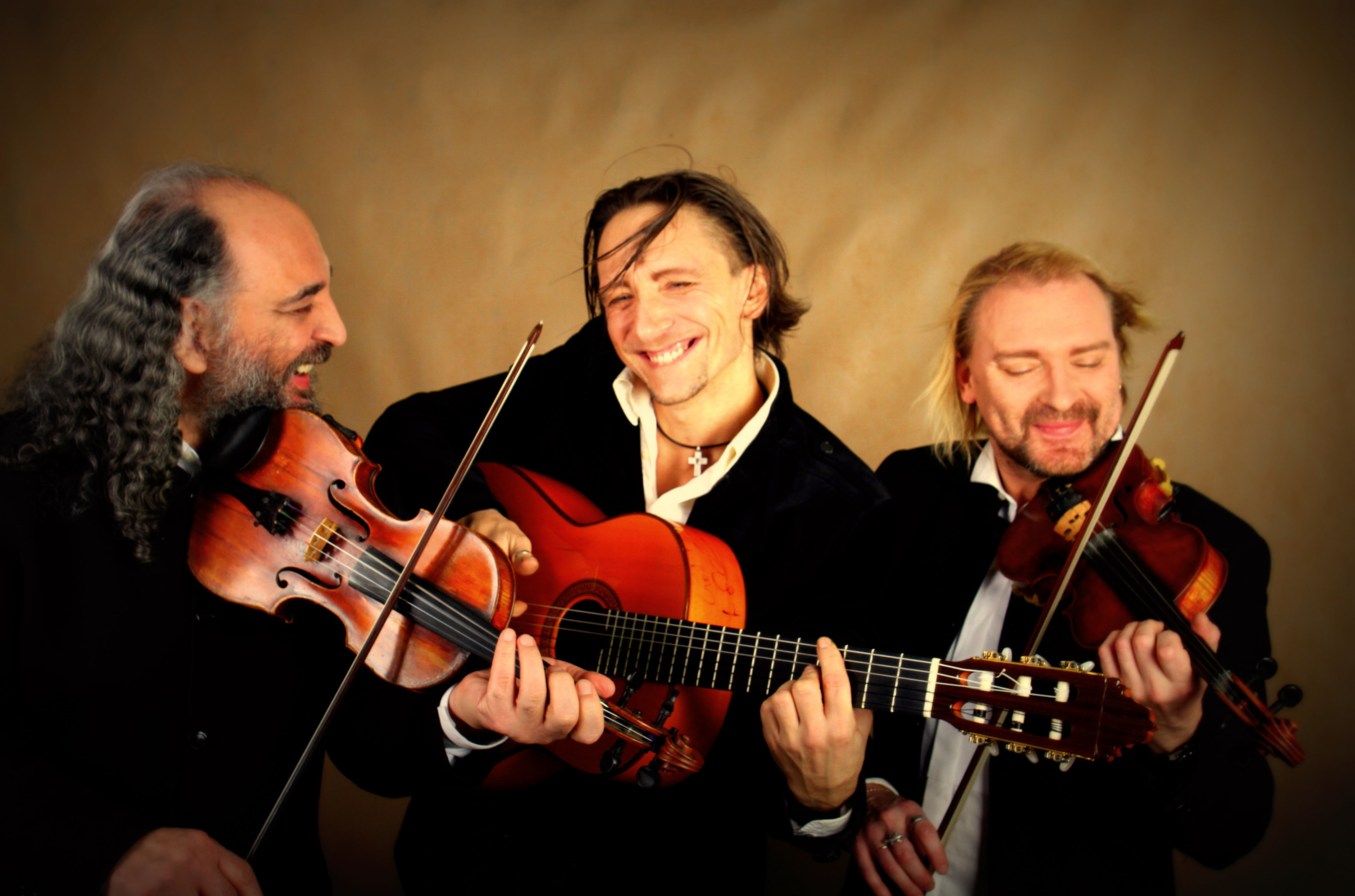 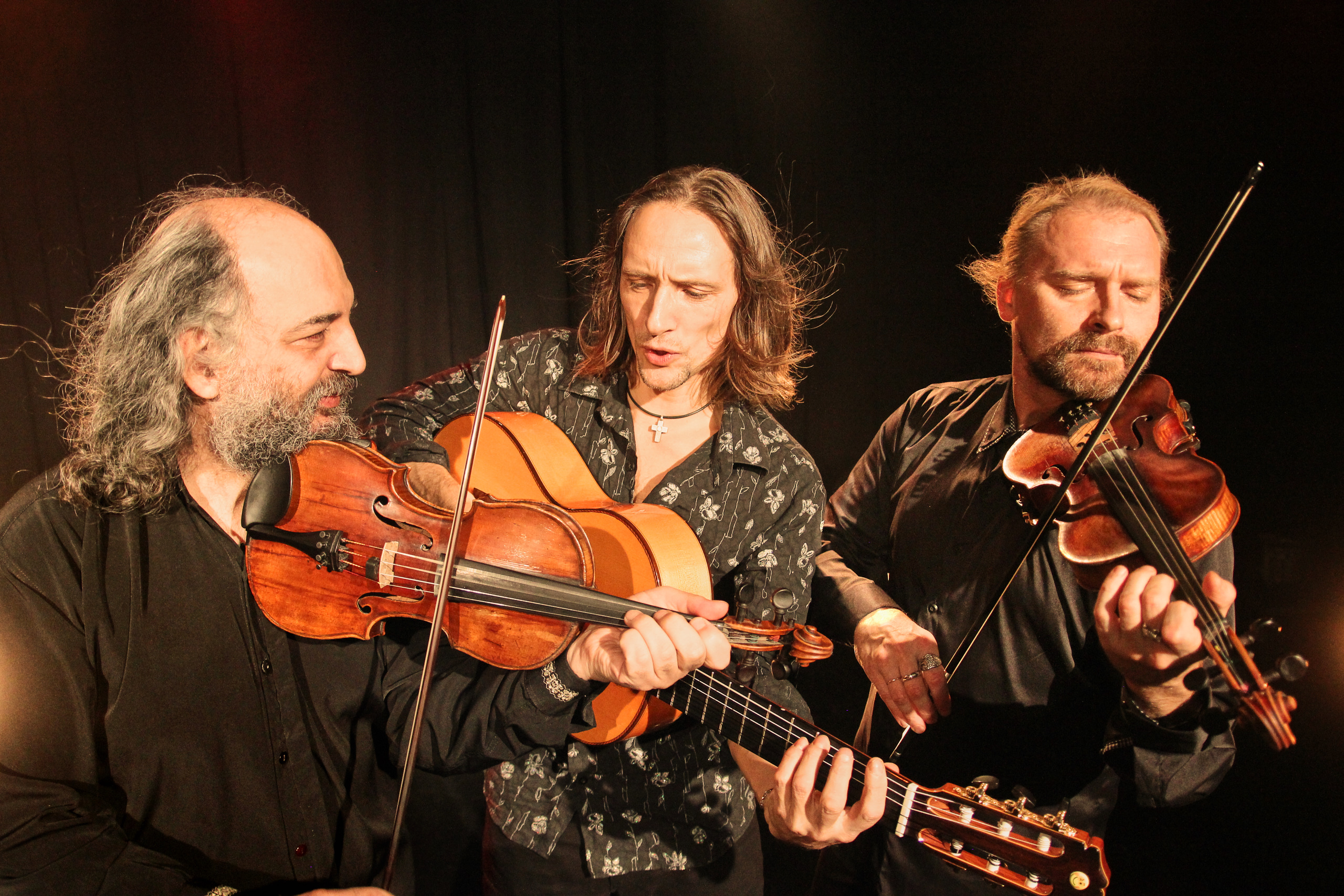 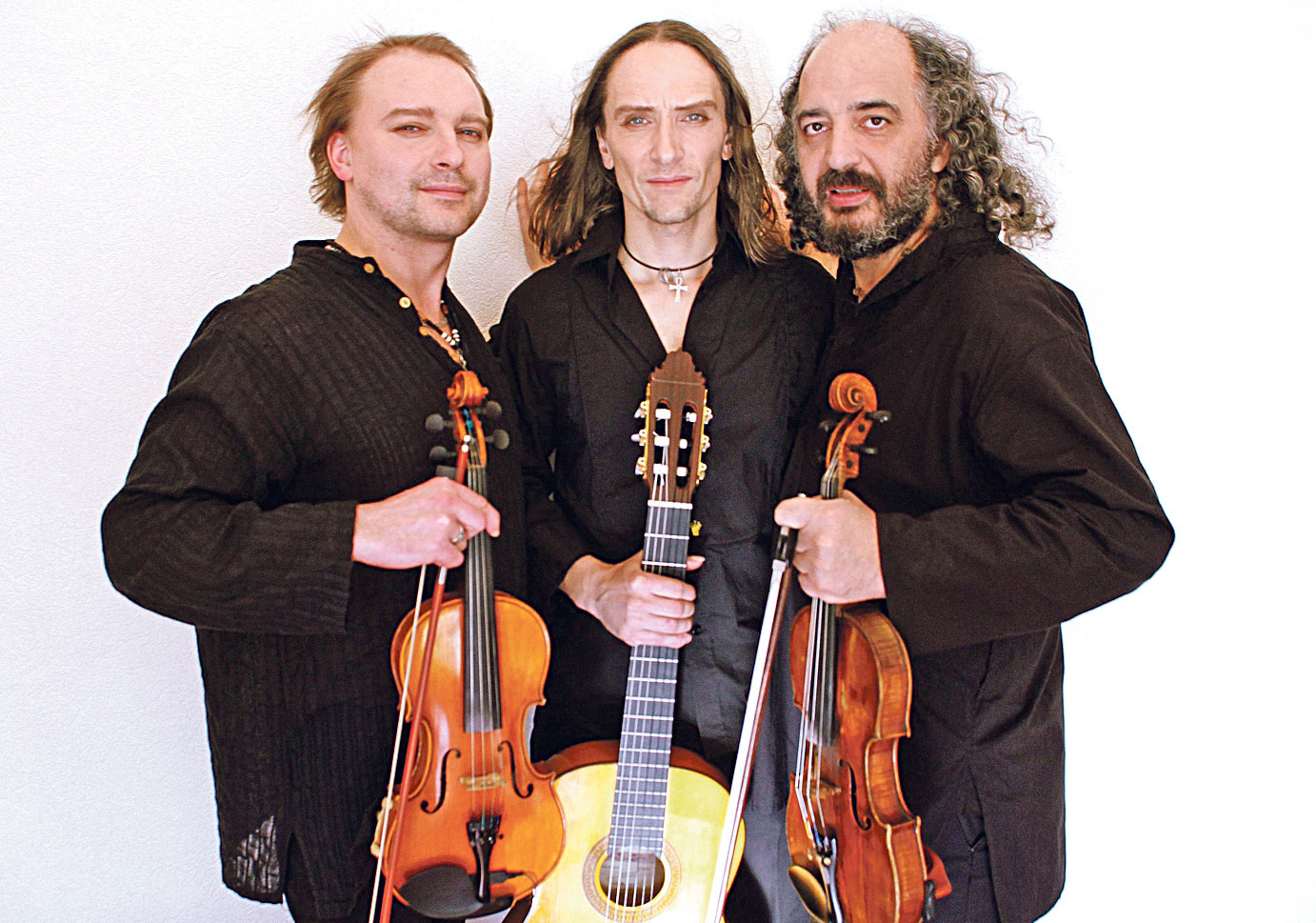