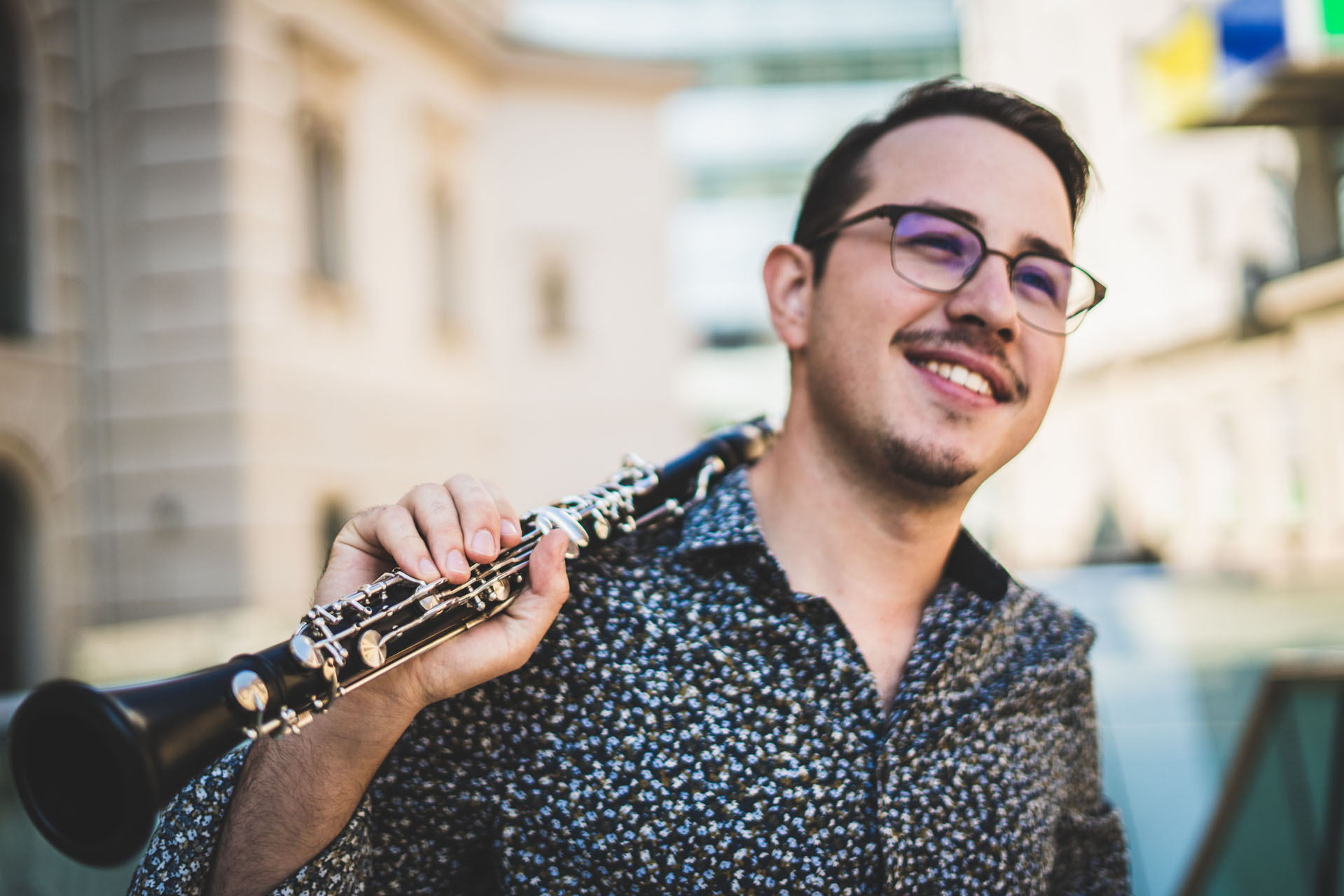 The Styrian Klezmer Connection is an association around the Styrian clarinetist Moritz Weiß.
The association is responsible for the management of the following Styrian music groups that are dedicated to Klezmer:

Founded in Styria in 2015, the Moritz Weiß Klezmer Trio presented their debut album "Spheres" in May 2017. What looked like a classical Klezmer formation in the beginning soon turned into an ensemble experimenting with jazz and classical music in combination with Klezmer. Compositions with complex structures and subtle changes in harmony are one of the trio's stylistic devices. Lively, "lurid" pieces, however, form an antithesis, express great joie de vivre and inspire the audience of the Moritz Weiß Klezmer Trio with playful wit and spontaneity.

"... with their new program "Spheres" the three virtuoso gentlemen from Graz immerse the audience in an alternating bath of emotions by expressing deep melancholy and immense joie de vivre with their music." - Styriarte, February 2018„ (…) they have, so to speak, developed their own music, their 'sound of the spheres'     (...)"
- Franz Josef Kerstinger, Radio Ö1, April 2018

Extended by drums and violin, the Moritz Weiß Klezmer Trio presents a groovy mixture of klezmer, jazz and funk, which will make you dance.

A new trio CD with numerous guest musicians is scheduled for autumn 2019.

"Kleztango and Beyond" is a duo project, in which clarinet and accordion, two best friends in world music ensemble playing, enter into a musical dialogue. The accordion supports the laughing, sighing, and cawing sounds of the clarinet with soft, crystal clear sounds and rhythmically playful melodies. Trenev and Weiß devote themselves to two wonderful musical varieties - Tango and Klezmer - and playfully sculpt out their commonalities.

In April 2019 their debut album "KlezTango" will be released on Lotus Records. The newly founded duo is going to perform at the International Accordion Festival Vienna and tours Eastern Europe and North America in summer 2019.

‍Moritz Weiß, born 1996, from Fürstenfeld (Austria), grew up in an environment of great musical diversity. Since the age of 14 he has been intensively involved with klezmer music and the spiritual background of this genre. In 2015 he founded the "Moritz Weiß Klezmer Trio". The young clarinetist produced the CD "Spheres" with this trio in spring 2017 and celebrated great success with his trio.
This was followed by various media appearances, among others in Radio Steiermark, Vorarlberg, Helsinki and Ö1, concert invitations to events such as Styriarte, Steirisches Kammermusikfestival, KlezMore Vienna, Int. Klezmerfestival Fürth as well as invitations to concert venues such as the Vienna Konzerthaus, Porgy and Bess Vienna or JazzIt! Salzburg.
Since 2018, Moritz Weiß is performing together with the accordionist Ivan Trenev in the duo "Trenev&Weiss". In addition to his activities as a clarinetist, his interest in sacred music led him to playing the organ, harpsichord and piano. He also composes and arranges music for projects such as "Vocal Klezmer Sounds" and "Symphonic Kernöl" or stages larger projects such as the multimedia music-dance theatre "Moving Visions".

‍Ivan Trenev was born in Macedonia in 1993. He completed his accordion studies at the Graz University of the Arts, where he was constantly involved with contemporary music. From 2013 - 2016 he performed with the "QUKI Ensemble", since 2016 he is a member of the trio MIM. He also performs with the Schallfeld Ensemble and the ensemble "Szene Instrumental" and participated in the making of the record "OEK" by the Irish composer Adam McCartneys.
In addition to his involvement in contemporary music, Trenev frequently performs in popular music. This is why he recorded the CD "Heimat ist" with Veit Club International and "Pastis" with the band XAFER. He loves Latin American rhythms and is a member of the band "La Onda". In 2017 he had his debut on the dance theatre stage as accordionist in the play "Tango Noir". He is also engaged in classical music and has played with prominent orchestras and ensembles such as dadems Georgian Chamber Orchestra or Recreation Orchestra Graz.
His broad musical activity led him to prominent festivals like the Musik Theater Tage Wien, "Styriarte", the "Steirisches Kammermusikfestival" as well as to many great concert venues like the Deutsche Oper Berlin, the Orpheum Graz, the Kulturni Dom in Murska Sobota or the Daut Pashin Amam Gallery in Skopje.

Å - a short name for a band. Properly pronounced it means "Bach" in Scandinavian languages, sounds like awe in English, and at the same time resembles the acclaimed exclamation of astonishment and wonder in Styria. This is the part of Austria where all four members of this unusual ensemble stem from. Moritz Weiss: Clårinet, Stefan Frank Steinhauser: Guitår, Georg Kroneis: Violå da gamba & Maximilian Kreuzer: Double båss.
They naturally have their roots in Klezmer sounds, classical music, Jazz improvisation and Early Music, letting emerge thereof Contemporary Music- newly composed or just recently årranged. Screeching, plucking, freilaching, add arpeggio and a ninth, while improvising themselves out of the blue.
The band has a wish... one day to play in this remote village of less than 100 people located on the Norwegian Lofoten whose name sounds just like a harmonic at 440Hz: Å.

By Vocal Klezmer Sounds, a partner project by the vocal ensemble MOMENTUM and an instrumental ensemble, the clarinetist Moritz Weiß seeks to connect (early) Christian vocal music with Klezmer. Above all, the focus lies on the monophonic songs of the polymath Hildegard von Bingen. Moritz Weiß connects these ancient monodies with Klezmer music in a multi-part composition with special instrumentation – a so-called interreligious cantata.
In the first part, compositions by Guillaume de Machaut, C. Monteverdi and G. Scelsi, among others, appear in dialogue with klezmer music repeatedly and build a bridge to Western (Christian) music history.
A musical interreligious conversation between an instrumental group and a vocal ensemble that overcomes certain boundaries. Above all it focuses on the core idea of both of these musical cultures – the use of music as a medium for spiritual experiences.
In spring 2019 the “Vocal Klezmer Sounds” will tour through Austria. In November 2019 the release of the album "Vocal Klezmer Sounds" is scheduled. For 2020 the ensembles are invited to the festival Musica Sacra Linz.
The project “Vocal Klezmer Sounds” will be portrayed by Brigitte Krautgartner on Radio Ö1 including interviews of the artists. 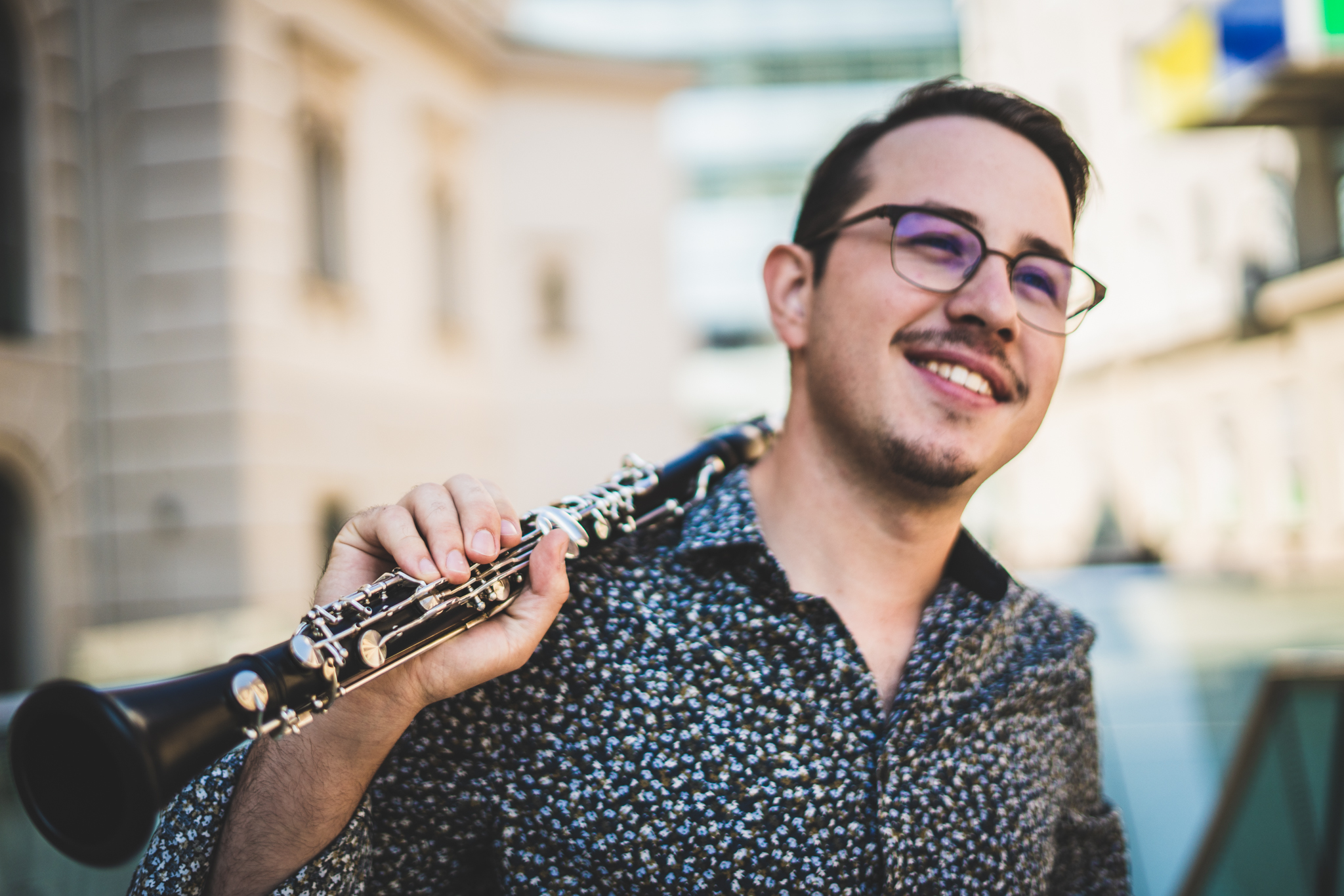 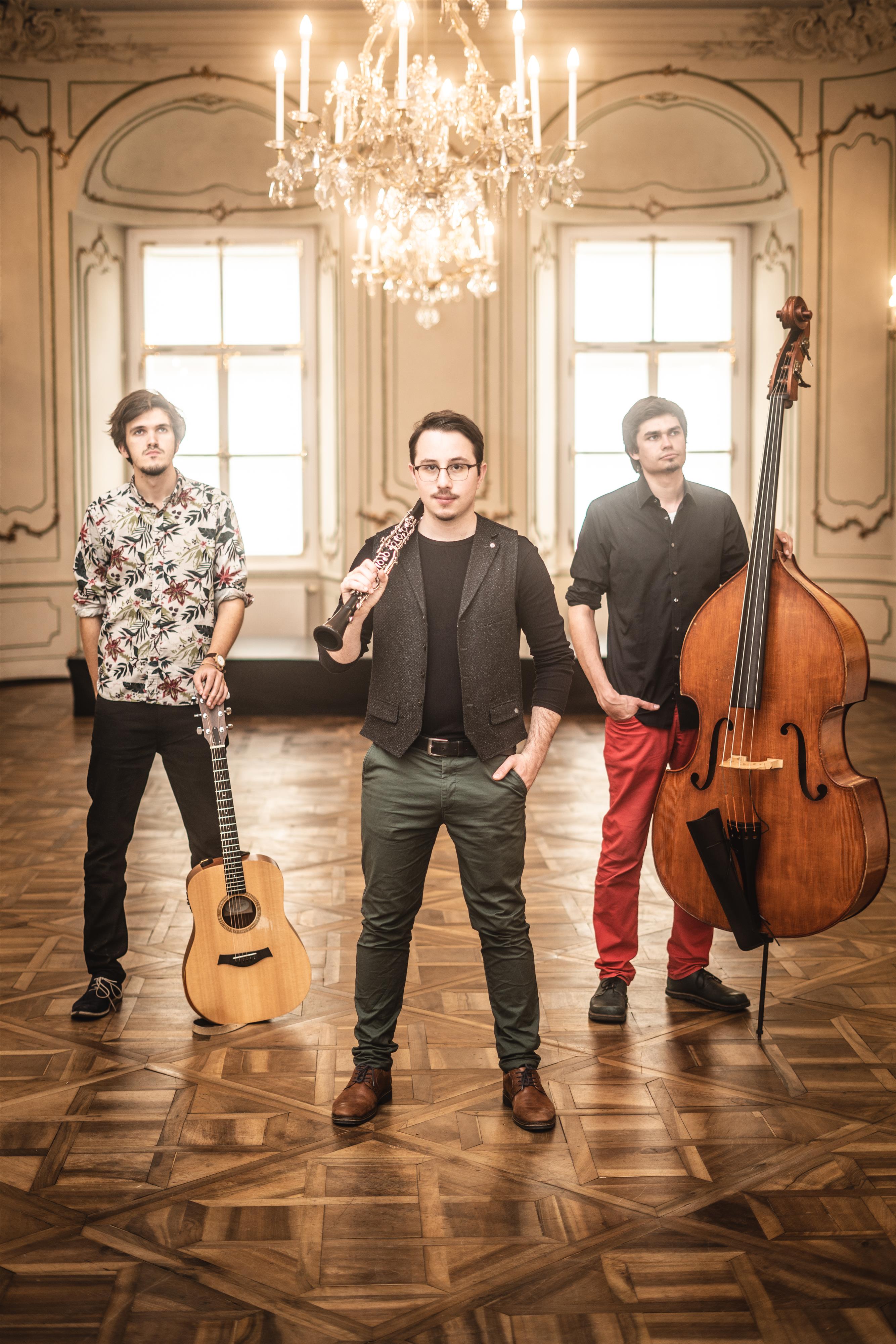 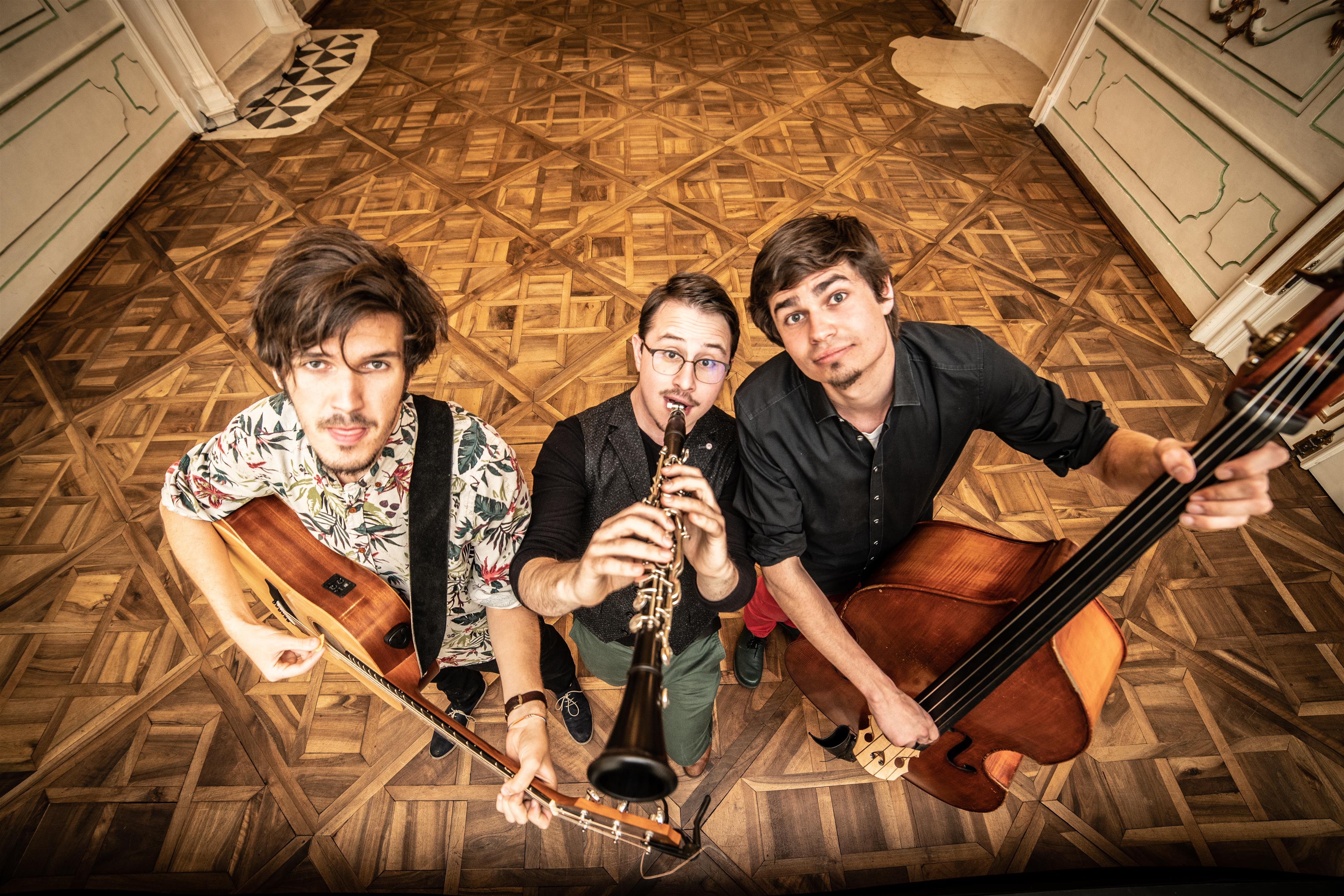 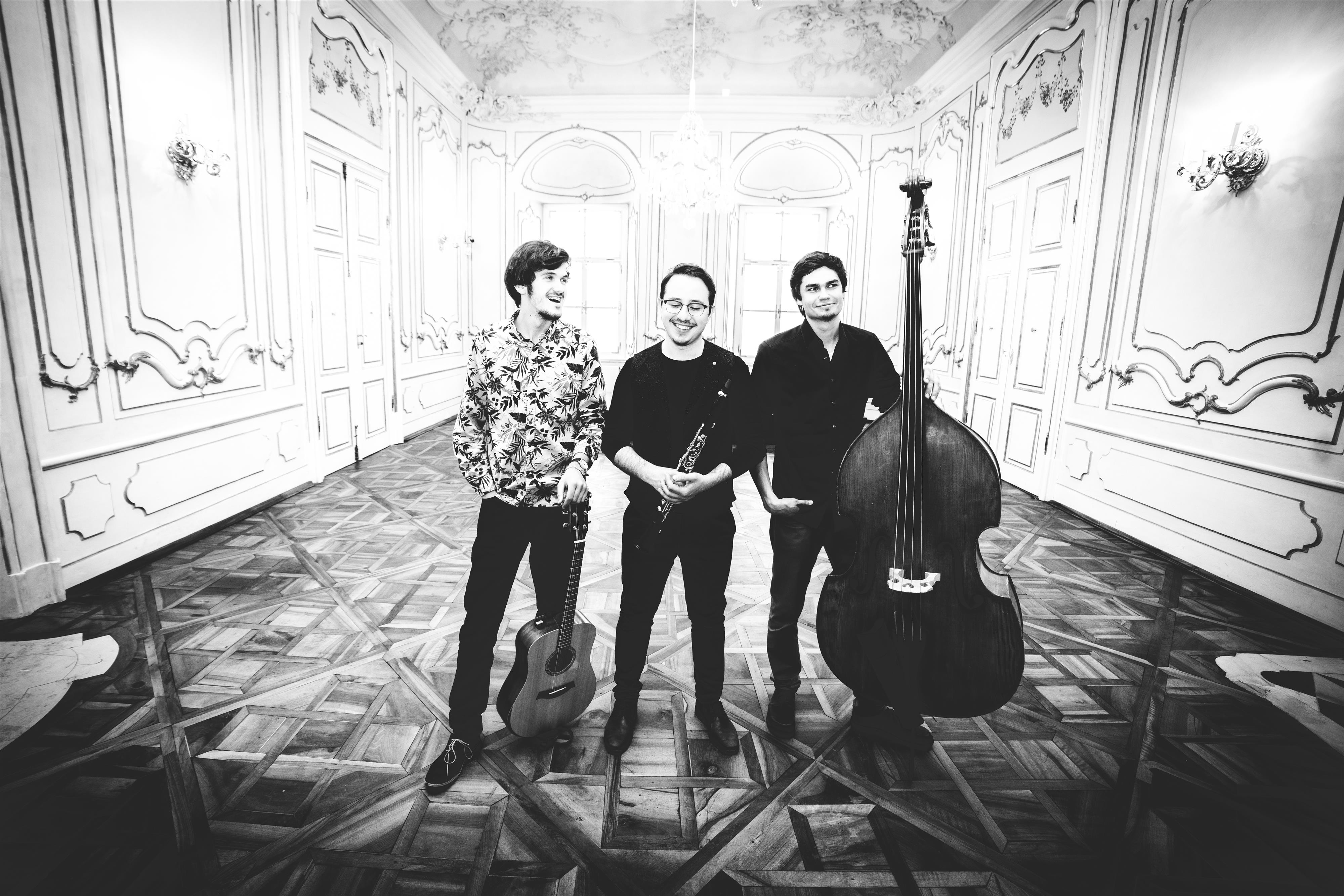 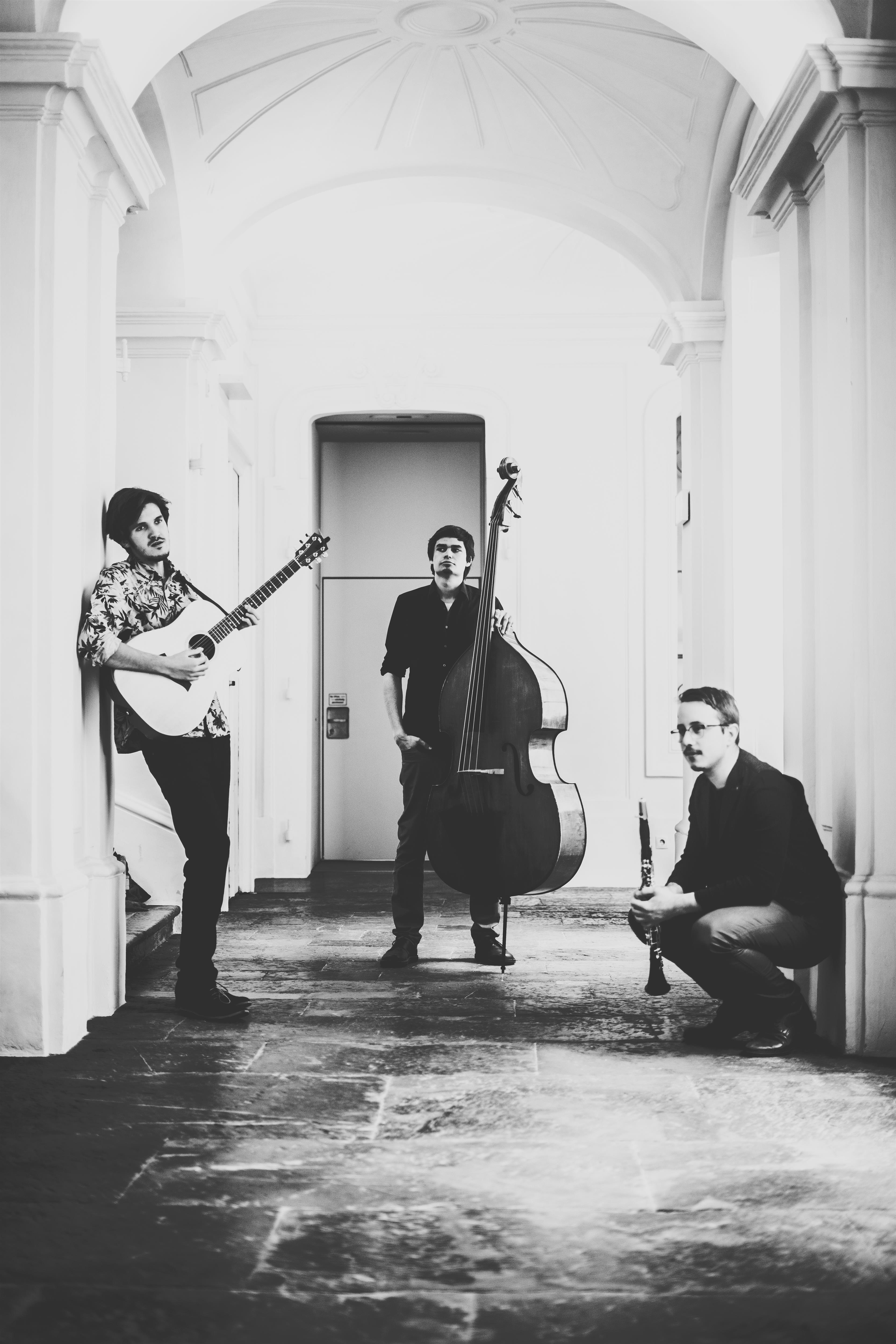 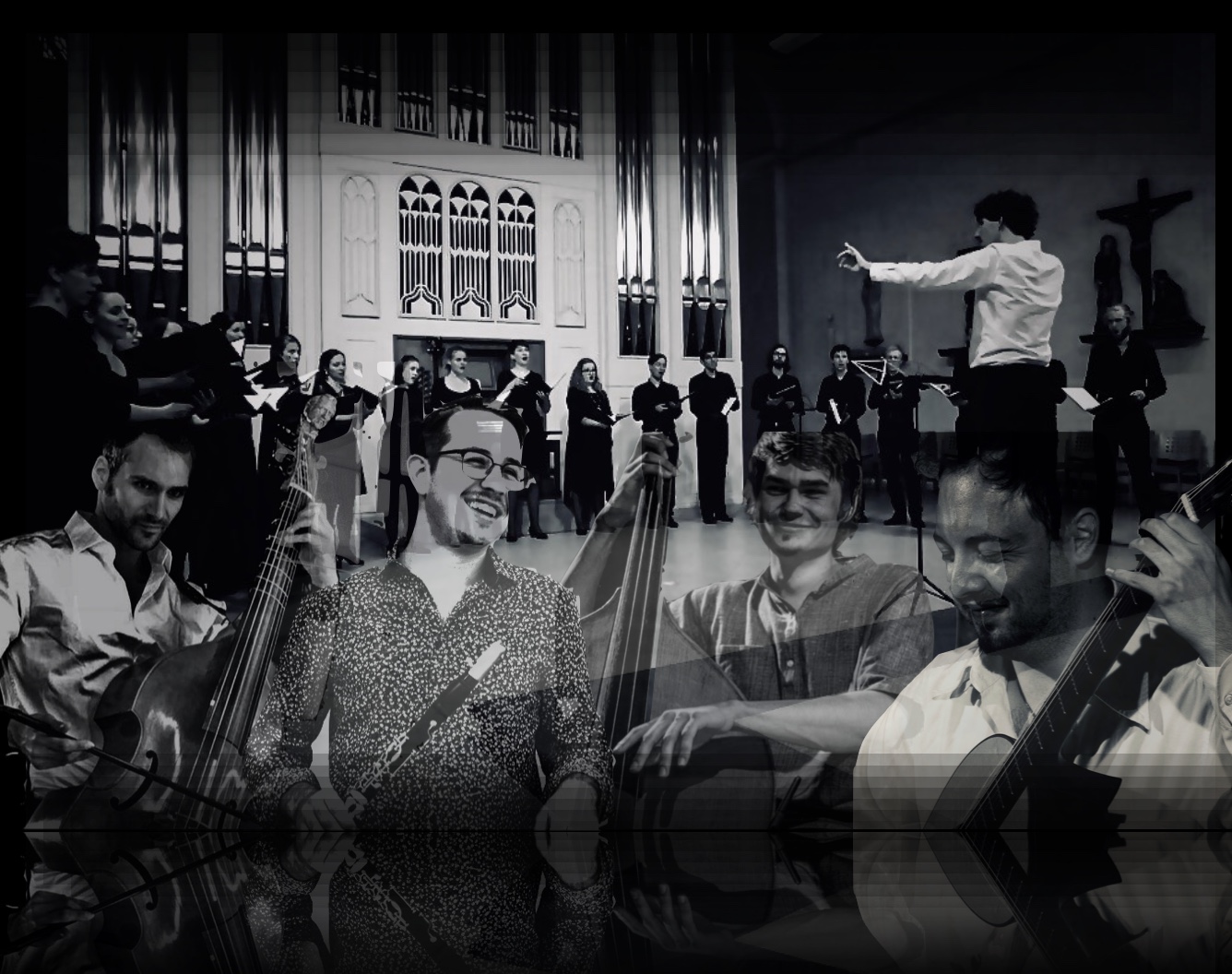 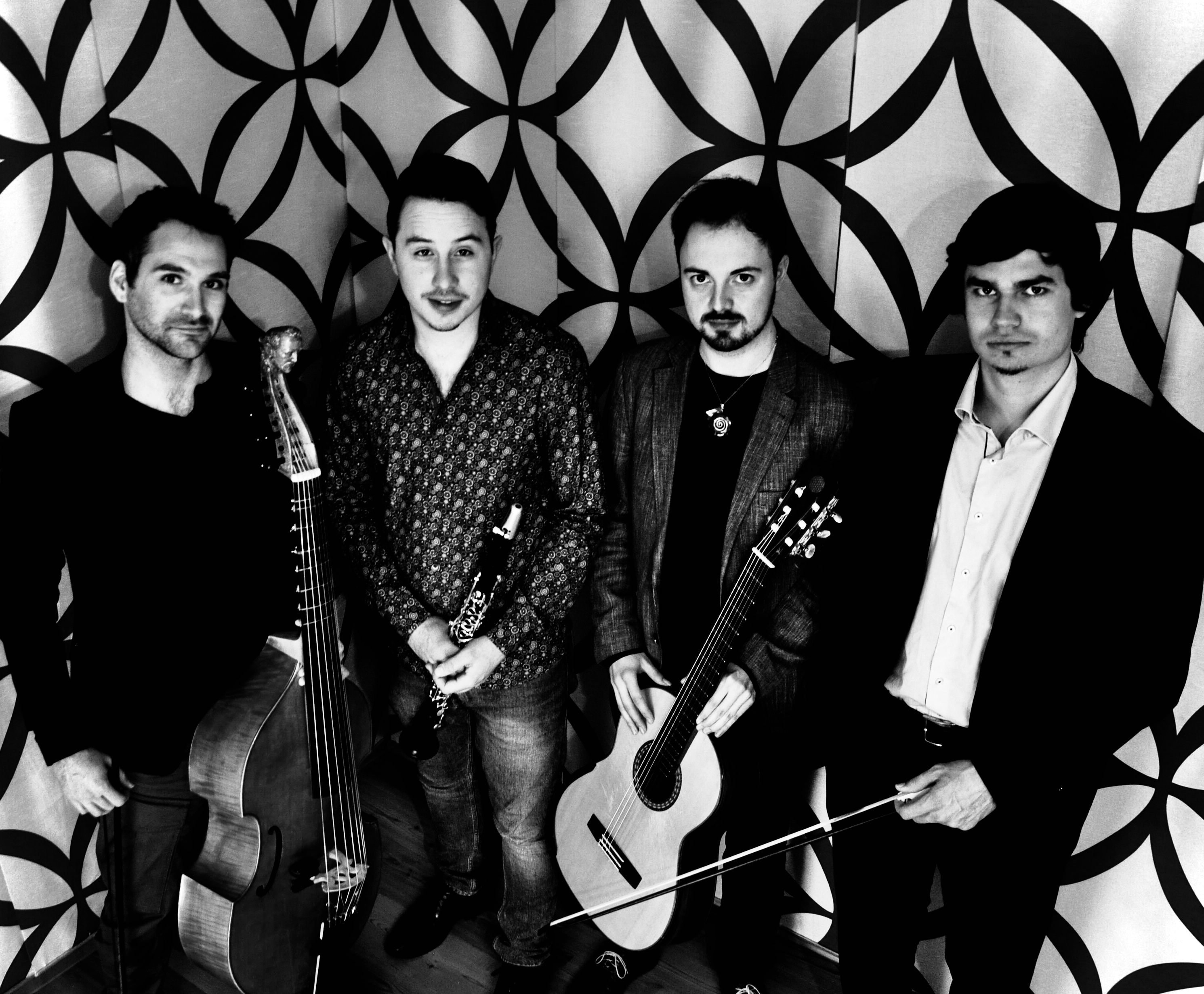 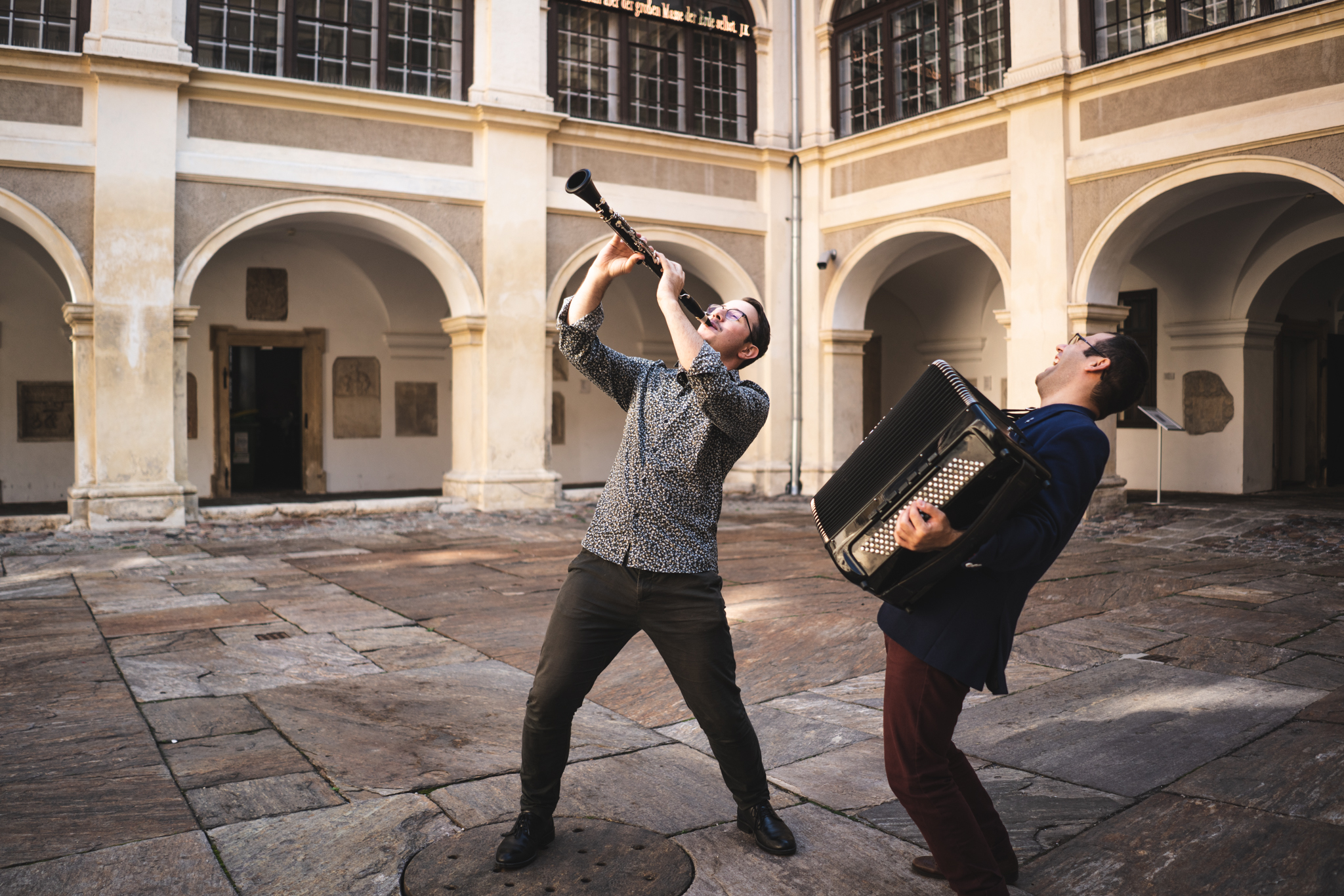 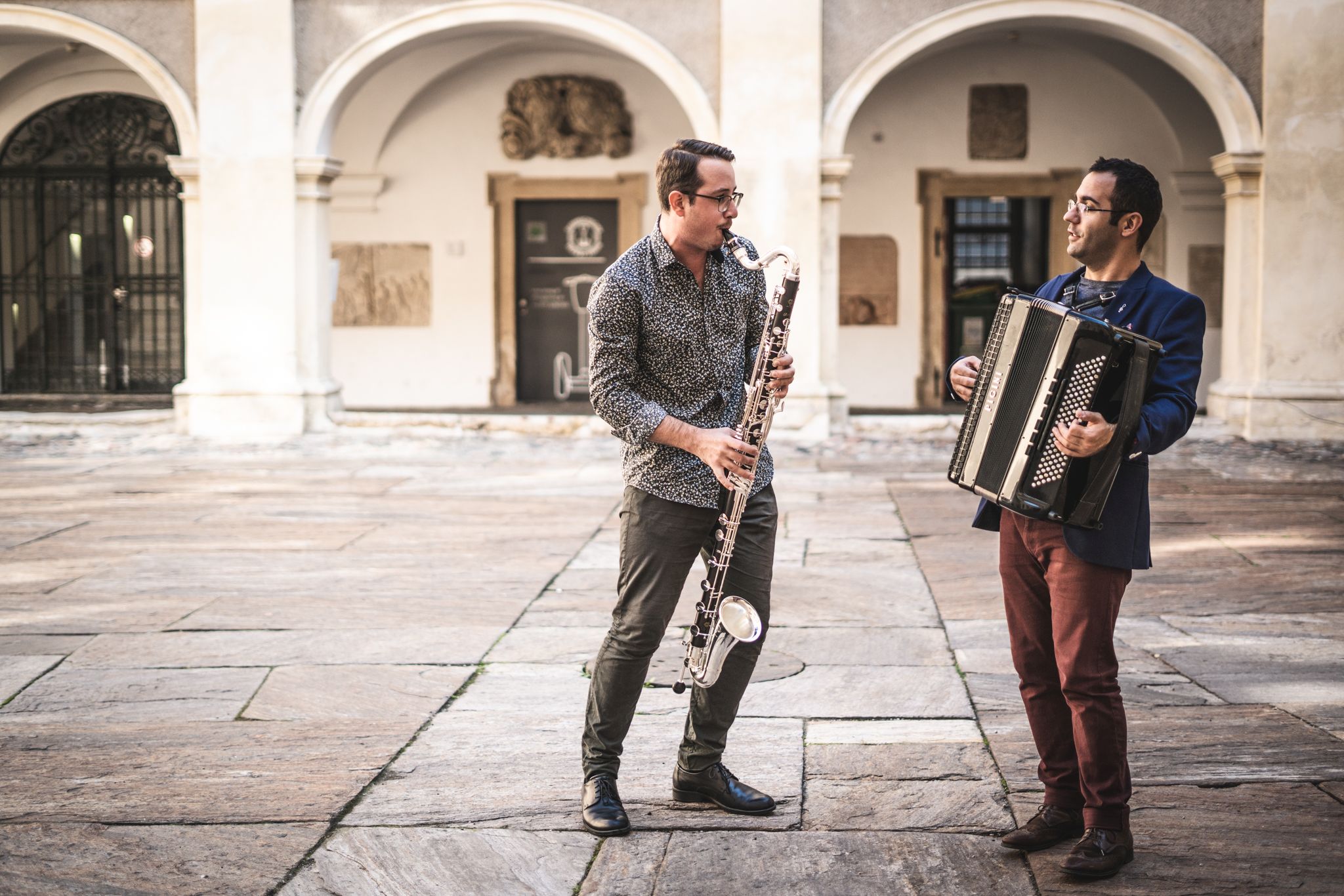